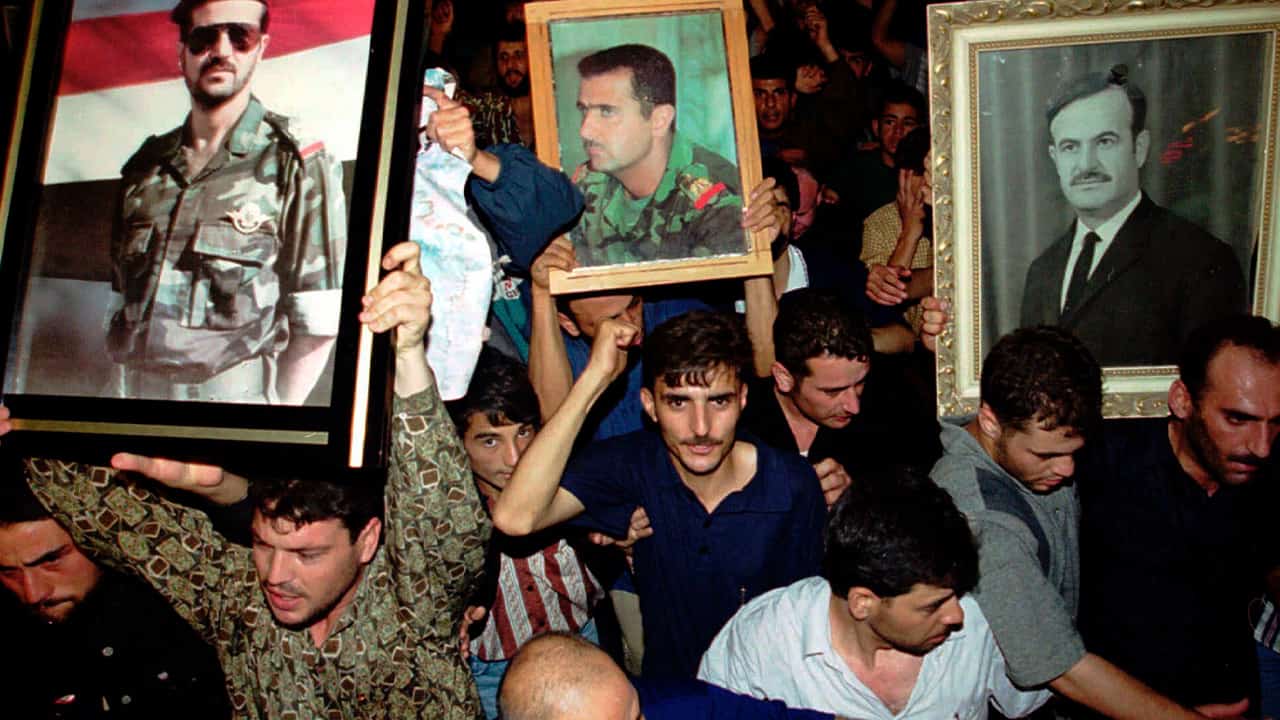 BEIRUT — On Nov. 13, 1970, a young air force officer from the coastal hills of Syria launched a bloodless coup. It was the latest in a succession of military takeovers since independence from France in 1946, and there was no reason to think it would be the last.

The country is in ruins from a decade of civil war that killed a half million people, displaced half the population and wiped out the economy. Entire regions are lost from government control. But Hafez’s son, Bashar Assad, has an unquestioned grip on what remains.

His rule, half of it spent in war, is different from his father’s in some ways — dependent on allies like Iran and Russia rather than projecting Arab nationalism, run with a crony kleptocracy rather than socialism. The tools are the same: repression, rejection of compromise and brutal bloodshed.

Like the Castro family in Cuba and North Korea’s Kim dynasty, the Assads have attached their name to their country the way few non-monarchical rulers have done.

It wasn’t clear whether the government intended to mark the 50-year milestone this year. While the anniversary has been marked with fanfare in previous years, it has been a more subdued celebration during the war.

“There can be no doubt that 50 years of Assad family rule, which has been ruthless, cruel and self-defeating, has left the country what can only be described as broken, failed and almost forgotten,” said Neil Quilliam, an associate fellow at Chatham House’s Middle East and North Africa program.

After his 1970 takeover, Hafez Assad consolidated power. He brought into key positions members of his Alawite sect, a minority in Sunni-majority Syria, and established a Soviet-style single-party police state.

His power was absolute. His Mukhabarat — or intelligence officers — were omnipresent.

He turned Syria into a Middle East powerhouse. In the Arab world, he gained respect for his uncompromising position on the Golan Heights, the strategic high ground lost to Israel in the 1967 war. He engaged in U.S.-mediated peace talks, sometimes appearing to soften, only to frustrate the Americans by pulling back and asking for more territory.

In 1981, in Iraq’s war with Iran, he sided with the Iranians against the entire Arab world backing Saddam Hussein — starting an alliance that would help save his son later. He supported the U.S.-led coalition to liberate Kuwait after Saddam’s 1990 invasion, gaining credit with the Americans.

“He was a ruthless but brilliant man who had once wiped out a whole village as a lesson to his opponents,” former U.S. President Bill Clinton, who met with Assad several times, wrote in his memoirs “My Life.”

Clinton was referring to the 1982 massacre in Hama, where security forces killed thousands to crush a Muslim Brotherhood uprising.

The massacre, one of the most notorious in the modern Middle East, left hatreds that fanned the flames of another uprising against his son years later.

“A key element of the Assad regime’s survival has been: No compromise domestically, exploit the geopolitical shifts regionally and globally, and wait your enemies out,” said Sam Dagher, author of the book “Assad or we Burn the Country: How One Family’s Lust for Power Destroyed Syria.”

Bashar Assad borrowed heavily from that playbook after his father’s death in 2000. Unlike his father, critics say he repeatedly squandered opportunities and went too far.

First welcomed as a reformer and modernizer, Bashar, a British-trained eye doctor, opened the country and allowed political debates. He quickly clamped back down, faced with challenges and a rapidly changing world, beginning with the Sept. 11 attacks in America.

He opposed the 2003 U.S.-led invasion of Iraq, worried he would be next. He let foreign fighters enter Iraq from his territory, fueling an insurgency against the U.S. occupation and enraging the Americans.

He was forced to end Syria’s long domination of Lebanon after Damascus was blamed for the assassination of former Prime Minister Rafik Hariri. Still, he tightened ties with Lebanon’s Hezbollah.

Like his father, Bashar Assad elevated family to insulate his power — a younger, more modern generation, but one seen by many Syrians as more rapacious in amassing wealth.

The Assad family’s gravest challenge came with the Arab Spring uprisings that swept the region, reaching Syria in March 2011.

His response to the initially peaceful protests was to unleash security forces to snuff them out. Instead, protests grew, turning later into an armed insurgency backed by Turkey, the U.S. and Gulf Arab nations. His military fragmented.

With his army nearing collapse, Assad opened his territory to Russia’s and Iran’s militaries and their proxies. Cities were pulverized. He was accused of using chemical weapons against his own people and killing or jailing opponents en masse. Millions fled to Europe or beyond.

For much of the world, he became a pariah. But Assad masterfully portrayed the war as a choice between his rule and Islamic extremists, including the Islamic State group. Many Syrians and even European states became convinced it was the lesser evil.

Eventually, he effectively eliminated the military threat against him. He is all but certain to win presidential elections due next year in the shattered husk that is Syria.

Still, Dagher said the war transformed Syrians in irreversible ways. An economic meltdown and mounting hardship may change the calculus.

“A whole generation of people has been awakened and will eventually find a way to take back the country and their future,” he said.

“In my life, my fellow Syrians had to vote four times for the only president on the ballot … Hafez Assad. His son is still president. After migration to the U.S., I voted for six different presidents,” wrote Zaher Sahloul, a Chicago-based Syrian-American doctor who left Syria in 1989. “I wish that my homeland will witness free elections one day.”

Hafez Assad’s legacy might have looked quite different had he not shoe-horned Bashar into succeeding him, Quilliam said.

“It would not have been favorable, but Bashar’s legacy will overshadow Assad’s legacy and make it synonymous with cruelty, willful destruction of a great country and the brutalization of a beautiful people,” he said.