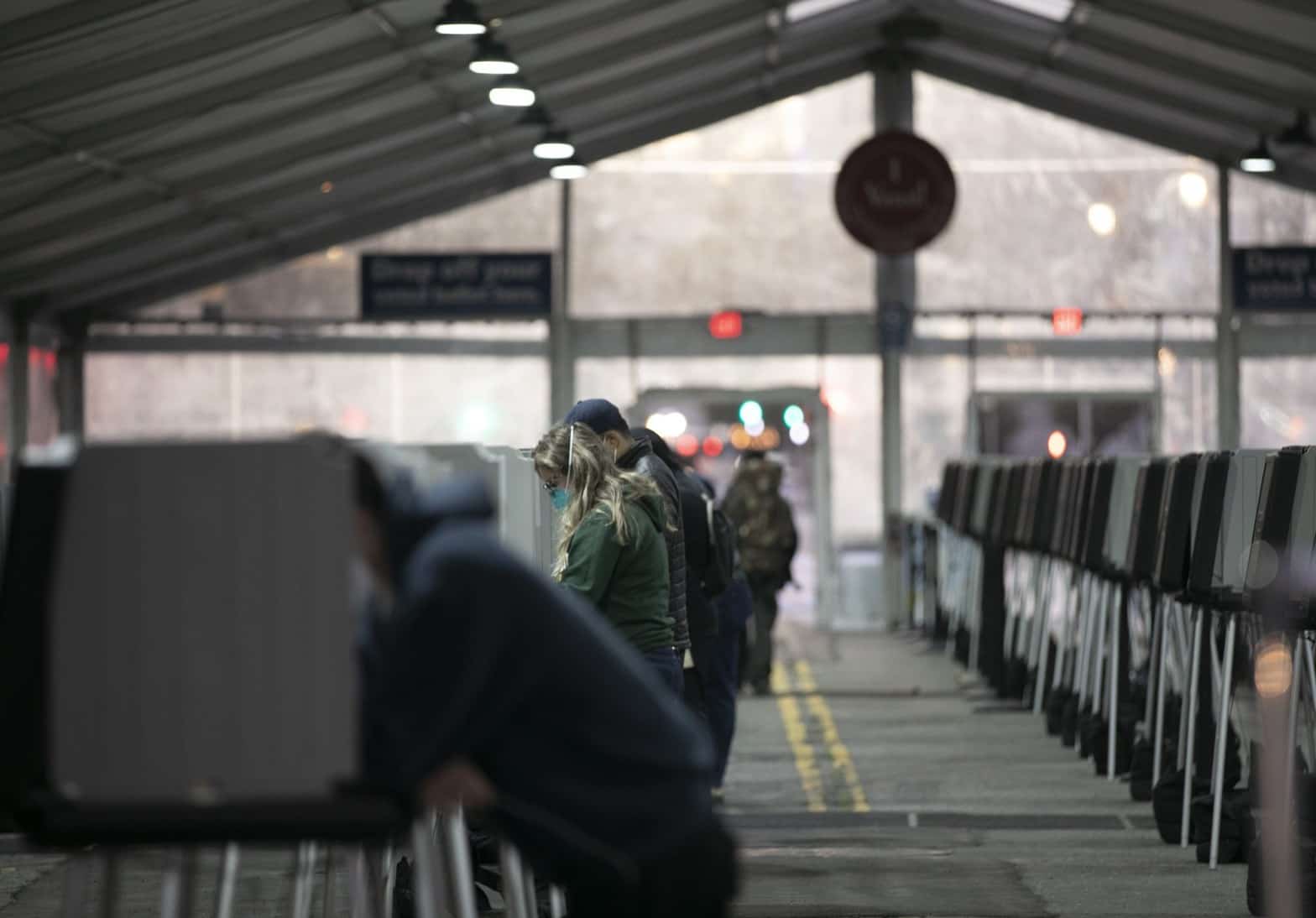 Joe Biden has won the presidency of the United States but will lead a country both deeply divided and disappointed: Republicans upset that President Donald Trump lost while many Democrats are upset that the race was far too close. Nearly 50% of American voters cast a ballot for Trump – more than 70 million. This is the second highest number of votes ever for a presidential candidate, right behind Biden’s count of at least 75 million. It appears half the country supports a candidate whom the other half finds viscerally unacceptable.

The missing critical factor we haven’t accounted for are the roughly 90 million Americans who are eligible to vote – adult citizens – but didn’t turn out. Adding these Americans to the count means Trump received about 30% of all the country’s eligible voters and Biden got about 32%.

Those who did vote in 2020 were, as a group, not representative of the U.S. adult population. Due to historic disparities in voter turnout by race, ethnicity and age, voters in this election were disproportionally white and older. And we know that support for Trump varied dramatically by race and ethnicity.

Exit polls tell us that 57% of white voters supported Trump this election with voters of color overwhelmingly in support of Biden. In California, 45% of white voters chose Trump, a number that may surprise how blue California likes to think of itself. Just 8 percentage points separated white support for Trump and Biden in California. Trump’s level of support from white voters remained the same as in 2016.

The U.S. Has Long Been Politically Polarized by Race and Ethnicity

If disparities in turnout were eliminated – meaning if more voters of color turned out, the election results would have likely looked different and would have constituted a much stronger mandate for Biden.

The U.S. has long been politically polarized by race and ethnicity. Trump’s presidency made more Americans face this reality. His rhetoric around race is often seen very differently by people of different racial and ethnic groups. Many opposed to Trump cannot fathom why anyone would vote for someone they see as trafficking in racial tropes, if not outright racist. But Trump supporters often report that they do not see his actions as racist at all.

More broadly, whites and people of color see the persistence of racism and its ongoing impact on their communities through contrasting lenses, with whites, overall, less likely to recognize the current existence of individual and institutional forms of racism.

A recent example is how differently white, Black and Brown Americans view George Floyd’s death and the protests that erupted around increased demands for racial and criminal justice reform.

While America made a choice on Election Day, we did not see a clear rebuke of Trump and his rhetoric, as many hoped.

Where do we go from here? It is a question that really has only one answer. Regardless of political outcomes, we must all commit to fight for a better America – for both a more representative voting electorate and for a less polarized one. We still have a long way to go to see an accessible and truly inclusive democracy – and even further to make our nation equitable for all.

The majority of Americans believe that Trump himself fans polarization and divisiveness. Now that he will no longer be our president, we can begin this work together, even though it will most certainly be hard for many.

As Individuals, We Need to Reach Out to Each Other as People

Talk is not enough. We must fight for change within our institutions to make them more just, and at the same time demand our elected leaders, both Democrat and Republican, abandon party tribalism and commit to working with each other to meet the great challenges our nation faces from COVID-19 to the economic recession to criminal justice reform.

As individuals, we need to reach out to each other as people, neighbors and family members to begin positive dialogue. We must do this with our eyes open about our many differences. We must honestly address how we view racial bias and work to better understand it in order to ever see a future where it is eliminated.

We must also empower our youth with meaningful civics education in schools, including lessons on how elections are administered in the U.S., so that they can be the protectors of our democratic norms while armed with the tools they need to recognize and combat divisive misinformation.

At the same time, we should also celebrate the real progress our democracy has made this election. Americans voted in the highest turnout we’ve seen in decades, with people of color and youth playing decisive roles in key states like Pennsylvania, Georgia and Arizona. And we have reached a powerful moment in our nation’s history electing the first woman of color as vice president.

Of course, we must also continue to vote. We must not allow voter turnout to fall in 2024, and instead do all we can to realize a new era in higher turnout rates for Americans, regardless of political party, while addressing the still significant barriers within our electoral system for communities of color and young people.  Our democracy will only be strong if we are willing to fight to make it so.

Mindy Romero is a political sociologist and director of the Center for Inclusive Democracy at the Price School of Public Policy at the University of Southern California, msromero@usc.edu.

Mindy has also written about how Republicans and Democrats in California prefer a mail ballot, the battle against coronavirus poses threat to our democratic institutions and a breakdown of Super Tuesday voters.