LOS ANGELES — In a politically torn, culturally divided and socially splintered America, there was one thing nearly everyone could agree on: Alex Trebek was awesome.

For 36 years, the “Jeopardy!” host was a figure of consensus in an era that increasingly lacked it, and died at the end of an election week when those divisions were in full force.

At at time when emotions, opinions and personal details feel like they’re at the center of every broadcast, post and podcast, the exceedingly Canadian Trebek held them all in check, instead valuing formality and factuality, dignity and decorum.

He was surprisingly frank with fans about his nearly two-year struggle with pancreatic cancer before his death Sunday at his home in Los Angeles at age 80. But he gave health updates in a series of polite and formal videos that were typically Trebek, speaking calmly, directly and frankly about the disease and his gratitude for the support he was getting.

Six nights a week for 36 years, after the evening news and before the firebrands of primetime cable opinion shows, Trebek brought together liberals and conservatives, city dwellers and rural folk, grandparents and grandchildren for a half-hour of brainy exercise.

His style was all facts with a touch of fun, and no politics, religion or opinion, unless they came in the form of a question in the course of the quiz show.

“I have a family with a, let’s say, wildly diverse set of political beliefs,” NBC News reporter Ben Collins said on Twitter after Trebek’s death. “Everybody in my life loves Alex Trebek. Everybody. What a life.” 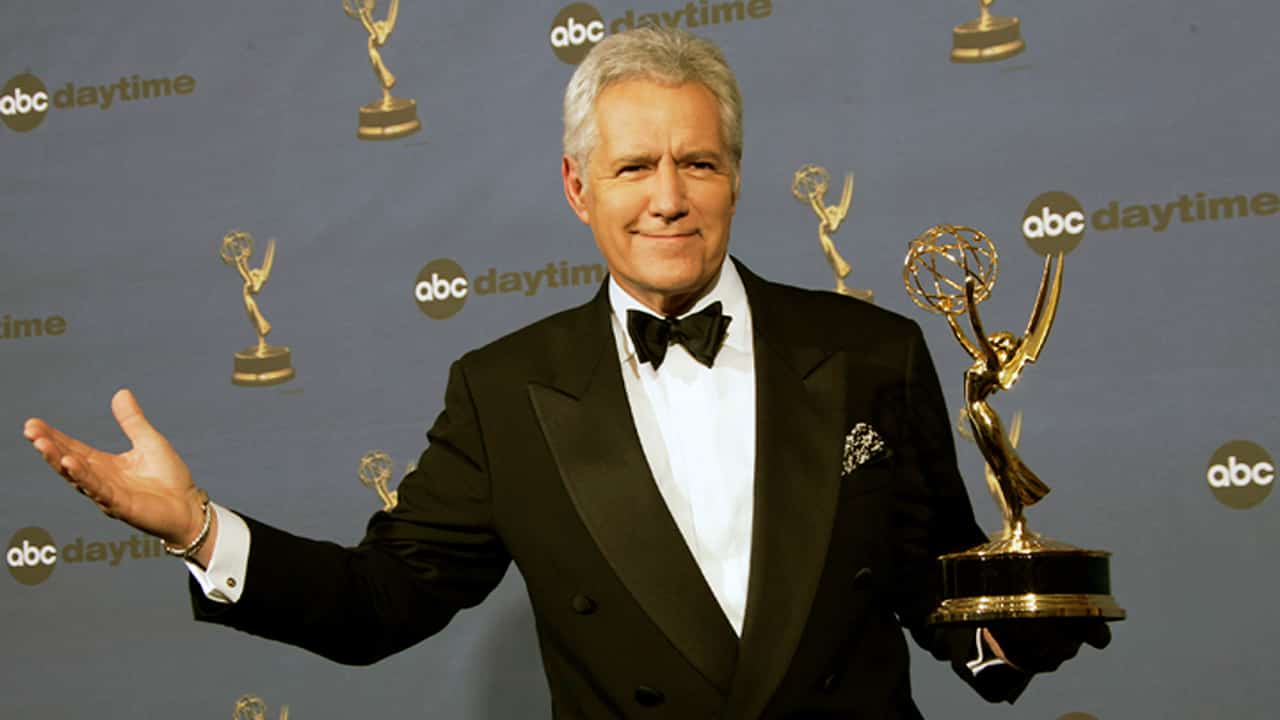 Trebek Himself Came in the Form of a Question

With his flawless delivery of clues about Shakespeare, chemistry and world capitals, he allowed families to geek out with him, and each other.

“Growing up, he made me feel like my nerdiness was valuable and I loved learning from watching jeopardy,” TV personality and author Padma Lakshmi said on Twitter, one of scores of people paying tribute to Trebek. “It was our family’s nightly pleasure.”

Trebek himself came in the form of a question.

He revealed next-to-nothing about his private life, emotions or opinions.

That sense of mystery surrounding him was part of his appeal. He was the composed college professor whose students endlessly speculated about what he was like when class was over.

There were beloved game show hosts before Trebek, but the job for decades had cultural connotations of a smarmy talking head or a clownish emcee.

Trebek gave the role a gravitas, and a virtuosity, that didn’t seem possible before him.

“Alex was the Sinatra of our business,” Wink Martindale, a longtime host of several games shows, said in a statement. “The word class defined him. In my view, there will never be another with such multiple talents.”

Trebek was more a maestro than an emcee, conducting the high-tempo symphony of “Jeopardy!,” elegantly squeezing a world’s worth of trivia into the 13 minutes of game time in each episode.

He was a more typical figure earlier in his career, a swinging, mustachioed man’s man who owned race horses rolled on TV’s “Celebrity Bowling,” and hosted several game shows including “High Rollers” and “Battlestars.”

But when he settled into the sole role of hosting “Jeopardy!,” the most serious, intellectual and highbrow of game shows, it helped forge him into the high-class figure of class he became. He would win five Emmys and a prestigious Peabody Award, a prize usually reserved for serious TV news personalities.

In the Social Media Era, Trebek Became the Subject of Many a Viral Video

He shaved his signature mustache in 2001, and increasingly became a warm, grandfatherly figure for viewers.

He wasn’t all warmth, though. Viewers loved it when he showed his sharper edges.

Some thought he showed a bit of funny condescension when he explained the correct answer to a wrong contestant — though he insisted he never knew all the answers — or when he gave a “good for you!” to contestants who shared especially banal personal stories during the mid-show chat break.

And his formality made him fodder for comedy.

Will Ferrell on “Saturday Night Live” played Trebek as a composed man who was constantly having his patience driven to the limit by impossible contestants, especially Sean Connery, on “Celebrity Jeopardy!” (The real Connery died just over a week before Trebek.)

In the social media era, Trebek became the subject of many a viral video.

One compiled his stiff attempts at showing a bit of rhythm and soul when reading the rap lyrics that came in Jeopardy clues.

Another was a supercut of him saying the word “genre,” with impeccable French pronunciation. (Trebek’s mother was French-Canadian.)

When the word came up in a subsequent show, Trebek added a “yes, I said it,” as if to tell viewers, “I know what you’re all saying about me when you think I’m not listening.” 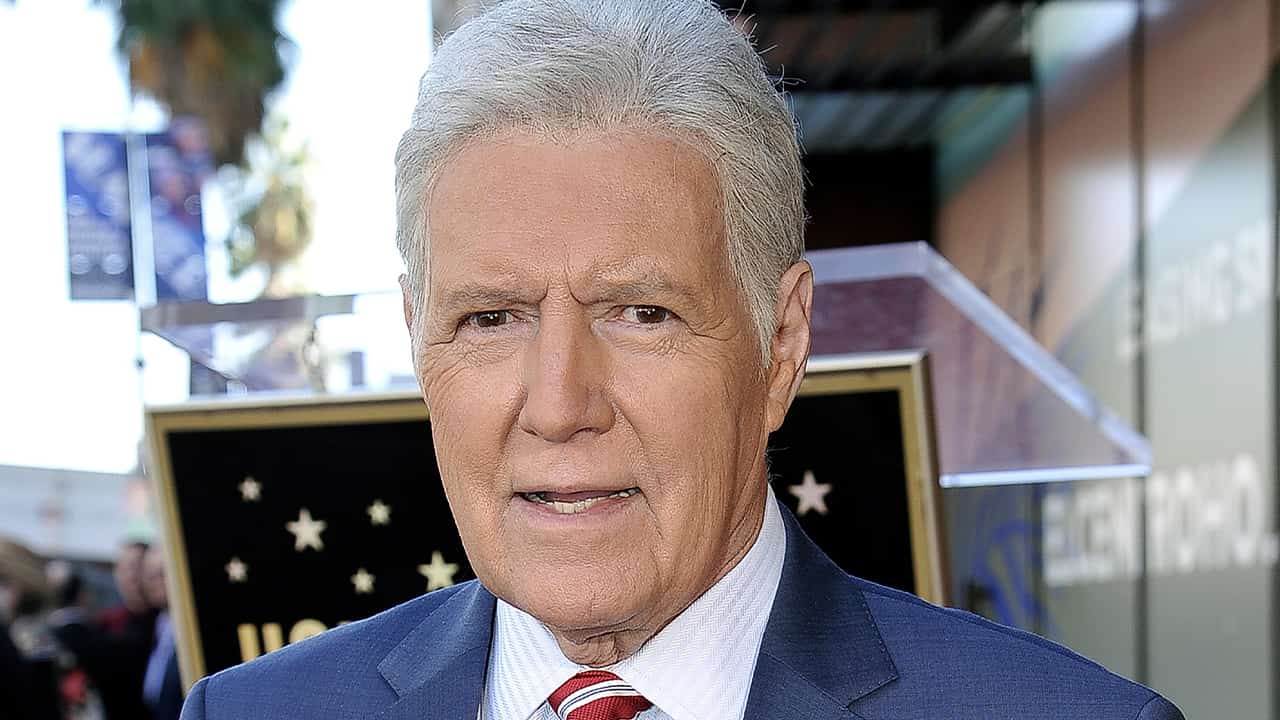 He usually was savvy enough to be in on the joke.

In a famous exchange during the original run of the show’s greatest champion, Ken Jennings, Trebek delivered a clue:

“This term for a long-handled gardening tool can also mean an immoral pleasure seeker.”

Jennings responded, “What is a hoe?”

As the audience began to titter, Trebek told Jennings, “Whoa. Whoa. Whoa. They teach you that in school in Utah, huh?”

Trebek immediately snapped back into the show’s rhythm, as he always did, as another contestant gave the correct response, “What is a rake?”

Everyone agrees Trebek is irreplaceable. The show has given no indication of any host plans, and has not used guest hosts during Trebek’s illness. Viewers will get a good bit more Trebek through episodes he has already taped, and through well over three decades of reruns.

Some have speculated that Jennings, who became a consulting producer on the show this season, would be the most suitable replacement.

But on Sunday, Jennings was just another of Trebek’s countless admirers.

“Alex wasn’t just the best ever at what he did,” he said on Twitter. “He was also a lovely and deeply decent man, and I’m grateful for every minute I got to spend with him.”