Armenia, Azerbaijan Accuse Each Other of Truce Violations 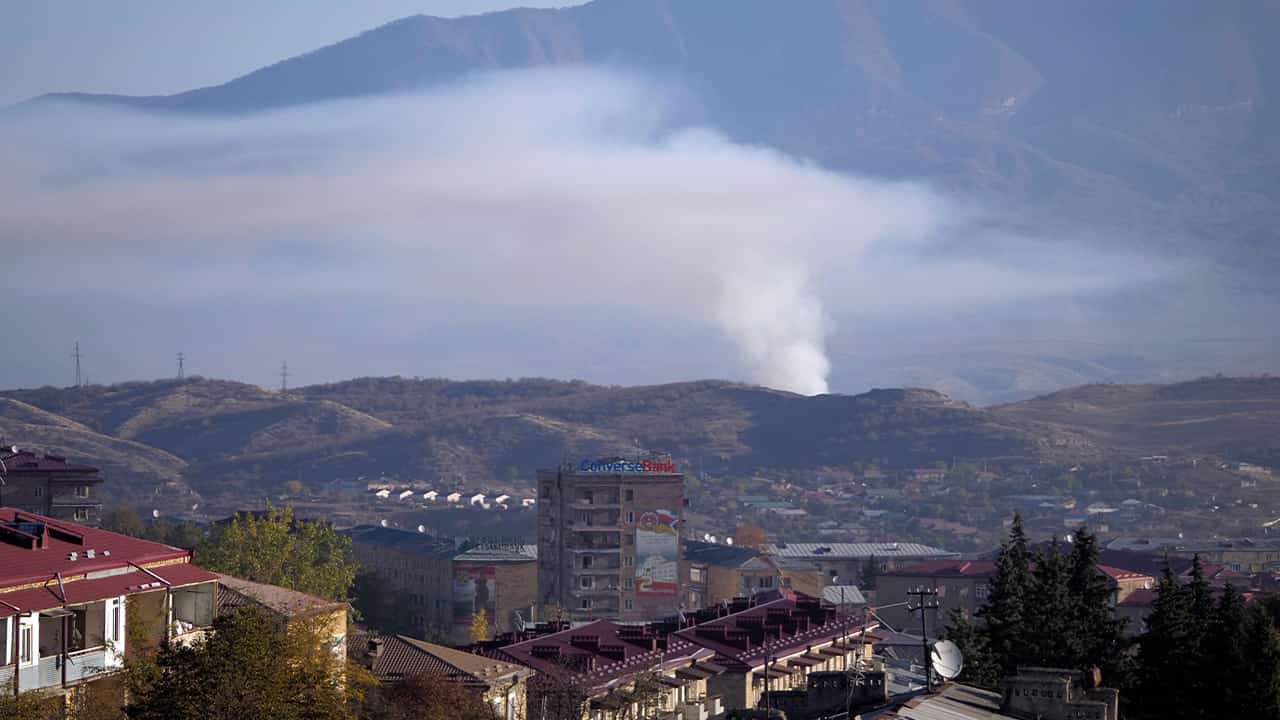 YEREVAN, Armenia — Armenia and Azerbaijan on Monday accused each other of violating the new cease-fire announced the day before in a bid to halt the fighting over the separatist region of Nagorno-Karabakh that has killed hundreds, and possibly thousands, in just four weeks.

The truce that took effect Monday morning was agreed upon on Sunday after talks facilitated by the United States. It was a third attempt to establish a lasting cease-fire in the flare-up of a decades-old conflict. Two previous Russia-brokered cease-fires, including one last weekend, frayed immediately after taking force, with both sides blaming each other for violations.

The new cease-fire was also challenged quickly by accusations from both sides. Azerbaijani Defense Ministry alleged that Armenian forces fired at Azerbaijani settlements and the positions of the Azerbaijani army “along the entire front, as well as on the Armenia-Azerbaijan state border” using various small arms, mortars and howitzers.

Armenian military officials rejected the accusations and in turn accused Azerbaijani forces of shelling the northeastern area of Nagorno-Karabakh and other areas. Separatist authorities in Nagorno-Karabakh also charged that Azerbaijan targeted the town of Martuni with military aviation.

Azerbaijan’s Defense Ministry called claims about their use of military aviation “misinformation” and insisted that Azerbaijan was adhering to the cease-fire agreement.

Nagorno-Karabakh lies within Azerbaijan but has been under the control of ethnic Armenian forces backed by Armenia since a war there ended in 1994. The latest fighting that began Sept. 27 has involved heavy artillery, rockets and drones, killing hundreds in the largest escalation of hostilities over the separatist region in more than a quarter-century.

Fighting Has Killed 65 Civilians and Wounded 300

According to Nagorno-Karabakh officials, 974 of their troops and 37 civilians have been killed in the clashes so far. Azerbaijani authorities haven’t disclosed their military losses, but say the fighting has killed 65 civilians and wounded 300.

Russian President Vladimir Putin said last week that according to Moscow’s information, the death toll from the fighting was nearing 5,000, significantly higher than what both sides report.

The new cease-fire deal brokered by the U.S. came out of “intensive negotiations” Washington facilitated over the weekend among the foreign ministers of Armenia and Azerbaijan and co-chairs of the Minsk Group, set up by the Organization for Security and Cooperation in Europe in the 1990s to mediate the conflict.

Armenian Prime Minister Nikol Pashinian on Monday appeared optimistic about the new truce, despite the accusations from both sides.

“Despite several provocations, the ceasefire is generally being maintained. The Armenian side will continue to strictly adhere to the ceasefire regime,” Pashinian said in a Facebook post.

US to Get 9th Justice With Dems Powerless to Block Barrett

Next up in Hunt for COVID-19 Vaccine: Testing Shots in Kids