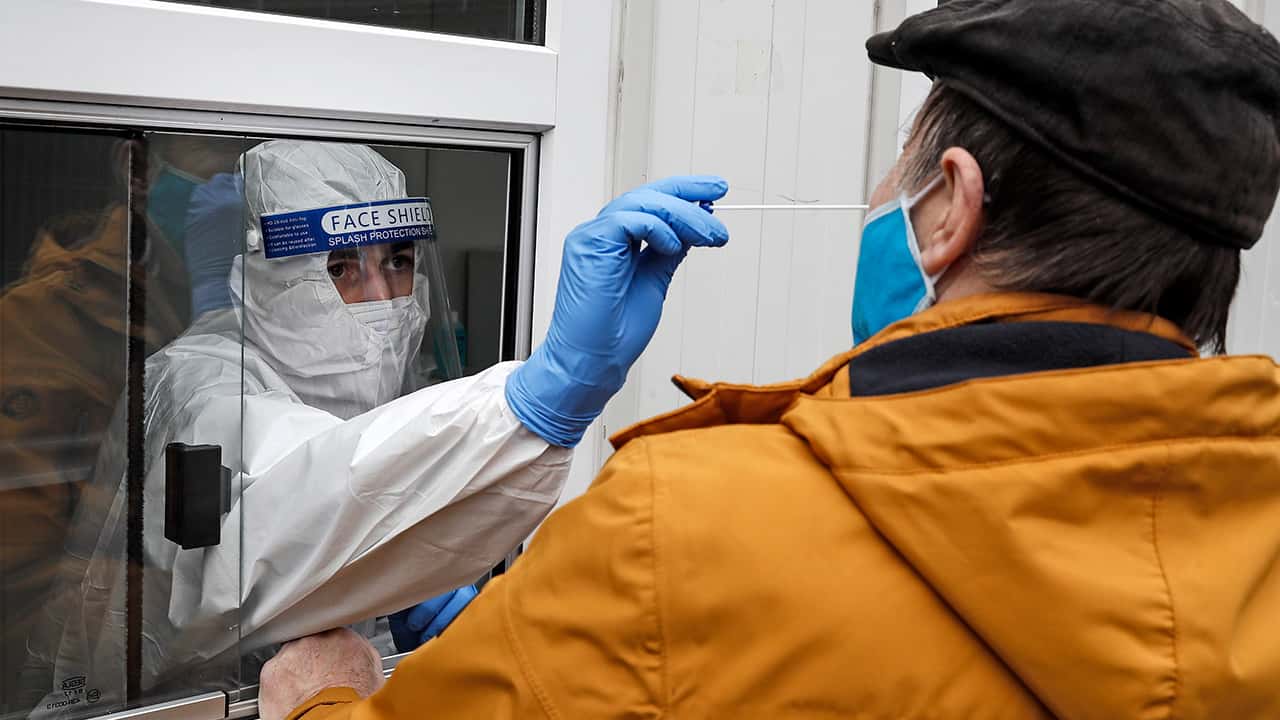 BERLIN — Fears rose Thursday that Europe is running out of time to control a resurgence of the coronavirus, as infections hit record daily highs in Germany, the Czech Republic, Italy and Poland. France slapped a 9 p.m. curfew on many of its biggest cities and Londoners faced new travel restrictions as governments imposed increasingly tough measures.

Newly confirmed cases have surged across Europe over recent weeks as the fall kicks in, prompting authorities to bring back measures that had been relaxed over the summer. The Czech Republic, Belgium, the Netherlands, Spain, France and Britain are among the countries causing particular concern.

Newly confirmed cases have surged across Europe over recent weeks as the fall kicks in, prompting authorities to bring back measures that had been relaxed over the summer. The Czech Republic, Belgium, the Netherlands, Spain, France and Britain are among the countries causing particular concern.

The head of the World Health Organization’s Europe office urged governments to be “uncompromising” in controlling the virus. He said most of the spread is happening in homes, indoor spaces and communities not complying with protection measures.

“These measures are meant to keep us all ahead of the curve and to flatten its course,” Dr. Hans Kluge said, while wearing a mask. “It is therefore up to us to accept them while they are still relatively easy to follow instead of following the path of severity.”

European nations have seen nearly 230,000 confirmed deaths in total from the virus — more than the nearly 217,000 deaths reported so far in the United States, according to figures tallied by Johns Hopkins University that experts agree understate the true toll of the pandemic.

Europe’s financial markets fell sharply Thursday on concerns that the new restrictions on swaths of the region’s economy are already ending the nascent recovery from its sharpest recession in modern history. Major stock indexes were well over 2% lower in Europe.

While Germany, the European Union’s most populous nation, is still in comparatively good shape, alarm bells are ringing there too. On Thursday, the national disease control center reported over 6,600 cases over 24 hours — exceeding the previous record of nearly 6,300 set in late March, although testing has expanded greatly since then.

Chancellor Angela Merkel and Germany’s 16 state governors — who are responsible for imposing and lifting restrictions — agreed Wednesday night to tighten mask-wearing rules, make bars close early and limit the number of people who can gather in areas where infection rates are high. But those decisions “probably won’t be enough,” Merkel’s chief of staff, Helge Braun, told ARD television. French citizen board a tramway to return in France, after shopping in Kehl, Germany, at the German-French border Thursday, Oct. 15, 2020. Fear of potential border closures prompted huge traffic jams around the eastern French city of Strasbourg, notably involving French shoppers driving across the Rhine River to Germany to stock up on cigarettes and other goods that are cheaper on the German side. France is deploying 12,000 police officers to enforce a new curfew coming into effect Friday night for the next month to slow the virus spread, and will spend another 1 billion euros to help businesses hit by the new restrictions. (AP Photo/Jean-Francois Badias)

“We must stop this exponential rise, the quicker the better,” Merkel said, noting that neighboring European countries are having to take “very drastic measures.”

This week has seen the Netherlands close bars and restaurants, and the Czech Republic and Northern Ireland shut down schools. The Czech Health Ministry confirmed more than 9,500 new virus cases on Wednesday, over 900 more than the days-old previous record. The government announced Thursday that the military will set up a virus hospital at Prague’s exhibition center.

“We have to build extra capacity as soon as possible,” Czech Prime Minister Andrej Babis said. “We have no time. The prognosis is not good.”

The governor of the German state of Bavaria said his region has received a request to treat Czech COVID-19 patients.

France will deploy 12,000 police officers to enforce the curfew and will spend an additional 1 billion euros ($1.2 billion) to help businesses hit by the new restrictions.

“Our compatriots thought this health crisis was behind us,” Prime Minister Jean Castex said. “But we can’t live normally again as long as the virus is here.”

Just as Macron’s government tackles the resurgence of infections, French police on Thursday searched the homes of a former prime minister, the current and former health ministers and other top officials in an investigation into the government’s pandemic response. It was triggered by dozens of complaints over recent months, particularly over shortages of masks and other equipment.

Aurelien Rousseau, director of the Paris region’s public health agency, said nearly half of its intensive care beds are now occupied by coronavirus patients, with other hospital beds filling rapidly too.

“It’s a kind of spring tide that affects everybody simultaneously,” Rousseau said. “We had a blind spot in our tracking policies. It was the private sphere, festive events.”

The British government on Thursday moved London and a half-dozen other areas into the country’s second-highest virus risk level, meaning that millions will be barred from meeting people outside their households and will be asked to minimize travel.

“I know that these restrictions are difficult for people. I hate the fact that we have to bring them in,” said British Health Secretary Matt Hancock. “But it is essential that we do bring them in both to keep people safe and to prevent greater economic damage in the future.″

Italy on Wednesday recorded its biggest single-day jump in infections since the start of the pandemic. It added over 7,300 cases amid a resurgence that is straining the country’s contact-tracing system.

Italy on Wednesday recorded its biggest single-day jump in infections since the start of the pandemic. It added over 7,300 cases amid a resurgence that is straining the country’s contact-tracing system.

Poland registered a record of nearly 9,000 new cases on Thursday. Masks have been required outdoors since Saturday and strict limits have been imposed on the size of gatherings.

Portugal moved to restrict social gatherings to a maximum of five people, while preparing to make masks mandatory outdoors and to impose fines on those disregarding the rules.

Even Sweden, which has chosen a much-debated approach of keeping large parts of society open, raised the prospect of tougher restrictions.

“Too many don’t follow the rules,” Prime Minister Stefan Lofven said. “If there is no correction here, we must take sharper measures.” He didn’t elaborate.

“I’ll even go so far as to say that Europe’s prosperity is at stake,” he said.