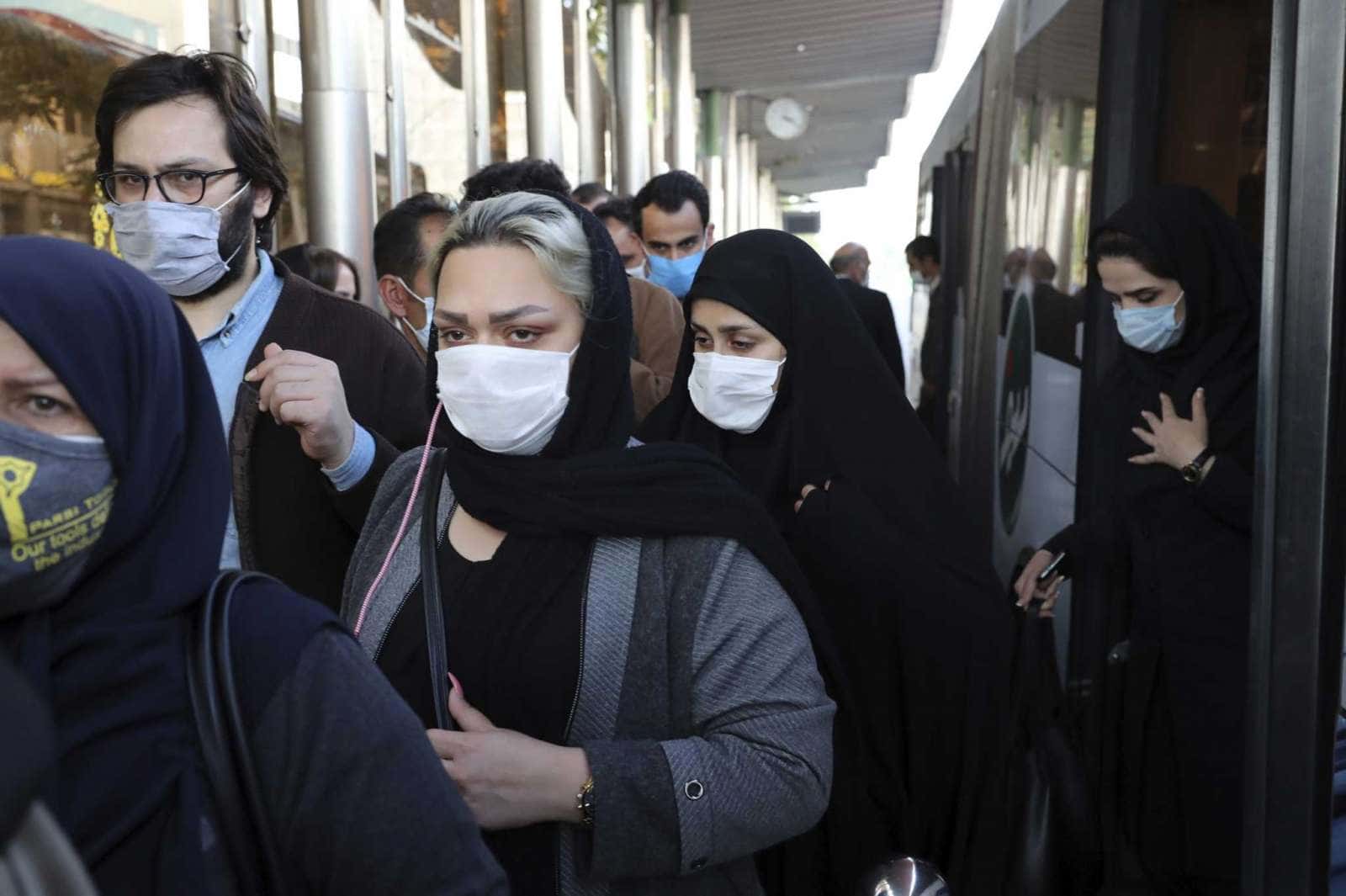 TEHRAN, Iran — For the second day in a row, Iran shattered its single-day record for new deaths and infections from the coronavirus, with 272 people confirmed dead among more than 4,200 new cases on Monday.

Iran’s health minister Saeed Namaki made an appeal on Sunday for harsher punishments, according to the state-run IRNA news agency, noting the meager fines for maskless residents would do nothing to boost vigilance.

Like in many other countries, the spiraling outbreak in Iran reflects the government’s contradictory virus response. This month, as the daily recorded death toll reached the triple digits, authorities announced tighter restrictions for the hard-hit capital of Tehran. Recently reopened universities and schools, as well as libraries, mosques, cinemas, museums and beauty salons, shut down. On Saturday, the government mandated that all Tehran residents wear face masks outdoors and in public places, warning violators would be fined. Cabinet spokesman Ali Rabiei promised those who tested positive would be closely tracked.

And yet enforcement and measures like contact-tracing in the country of 80 million remain a challenge. Those who disobey face fines of just 500,000 riyals, or $1.60, roughly the price of a burger downtown. Many residents, tired of staying home, now ignore the rules about masks and social distancing to pack indoor cafes and restaurants. As residents defy coronavirus precautions and the government resists a lockdown to salvage its economy, Iran’s caseload is skyrocketing.

Iran’s health minister Saeed Namaki made an appeal on Sunday for harsher punishments, according to the state-run IRNA news agency, noting the meager fines for maskless residents would do nothing to boost vigilance. Lamenting that the health ministry’s 7,000 inspectors couldn’t handle the sprawling city of over 10 million, he empowered the police and Basij forces, a paramilitary wing of the Revolutionary Guard used for internal security, to help enforce pandemic rules. In the coming weeks, Namaki added, authorities plan to extend the mask mandate to other major cities.

Movement Restrictions This Spring Somewhat Checked the Spread of the Disease

Iran emerged early in the pandemic as a global epicenter of the virus and has since seen the worst outbreak in the Middle East, with more than 500,000 confirmed cases and 28,800 deaths. Leaders first played down the virus’s risks and, as hospitals filled up, international experts suspected Iran was hiding the true number of infections and deaths. Authorities have since admitted that the outbreak is more severe than reported, with a recent parliamentary report putting the number of infections at “eight to 10 times” higher than official numbers.

Movement restrictions this spring somewhat checked the spread of the disease. Then the government swiftly reopened the country, desperate to boost its stricken economy. Since June, the case count has steadily increased — and spiked to new heights in recent weeks.

Long before the virus hit, Iran’s economy was ailing, pummeled by U.S. sanctions after the Trump administration’s unilateral withdrawal in 2018 from Tehran’s nuclear accord with world powers. As the death toll soared on Sunday, the nation’s currency plunged to its lowest level ever, following the U.S. administration’s decision last week to blacklist Iranian banks that had so far escaped the bulk of re-imposed American sanctions.

As in the White House, where U.S. President Donald Trump and a growing circle of his aides and staff recently tested positive for the coronavirus, the disease has spread to the highest levels of Iran’s government, even killing a senior adviser of the country’s supreme leader, Ayatollah Ali Khamenei. A number of Cabinet ministers have contracted the virus, as well as top officials including senior Vice President Eshaq Jahangiri and Vice President Massoumeh Ebtekar. The head of an Iranian government task force on the coronavirus who had urged the public not to panic over its spread was among the first officials to contract the virus in late February. On Sunday, local media reported the head of the country’s atomic energy organization and the country’s vice president in charge of budget and planning had also tested positive for the virus.

Iran’s initial outbreak coincided with major political events — the 41st anniversary of its 1979 Islamic Revolution that brought its clerical leadership to power, as well as parliamentary elections in which the government desperately sought to boost turnout. Religious considerations also played a role in the Shiite theocracy as authorities declined for weeks to close shrines where the faithful touch or kiss the tombs’ protective bars.