The buzz around Fresno on Saturday — hundreds of vehicles adorned with flags and banners supporting President Donald Trump parading down the streets of Fresno.

After filling the Villagio Shopping Center on Blackstone and Nees avenues, the caravan traveled to Fresno City Hall. Supporters, waving Trump and American flags, gathered to celebrate the president and hear speeches.

Did You Get Your Ballot Yet?

Fresno County apparently got a head start in sending material through the mail. Today was the planned day for election officials to send more than 481,000 ballots in the mail. Several readers reported receiving them on Saturday.

Every registered voter in the state will soon receive a ballot, if they have not already.

This is the first election where every active registered voter in the state will receive a ballot. Fresno County was an early adopter, sending ballots to all voters in March.

While voters have many options to return ballots, the U.S. Postal Service warns against procrastinating when returning completed ballots by mail on Election Day, November 3.

Return Mail an Option, But Be Careful on Election Day

All ballots come with a pre-paid return envelope. They may be placed in the mailbox at anytime up through Election Day. As long as the ballot is postmarked by November 3 and received by the election office through November 20, it will count.

Even though polls on November 3 close at 8 p.m., the U.S. Postal Service warns that they will only pick up mail left in collection boxes at the posted time on the boxes.

“Voters are responsible for understanding their local jurisdiction’s rules and requirements for participating in an election.  Voters should also be aware of posted collection times on collection boxes and the Postal Service’s retail facilities.

“Ballots deposited after the last posted collection time will not be picked up, or postmarked, until the following business day.  If voters choose to mail their completed ballot back to election officials, we recommend they do so at a blue collection box, their residential mailbox, or at one of the Postal Service’s retail facilities.  Voters should also be aware of mail collection times and practices if ballots are deposited in an office or residential mailroom,” the USPS tells GV Wire℠.

Voters have many options to return ballots.

Other polling places will be open on Election Day and the prior three days as well, starting October 31. Instead of the traditional neighborhood precinct, the county will operate 53 voting centers.

There will also be 64 secure drop-boxes throughout the county for voters to drop off their signed and sealed ballot envelopes. 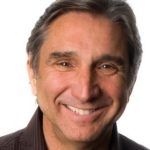 For a map of drop boxes and voting centers, click here.

Fresno State lowered its flags to half-staff on Saturday in honor of the late Bruce Bronzan.