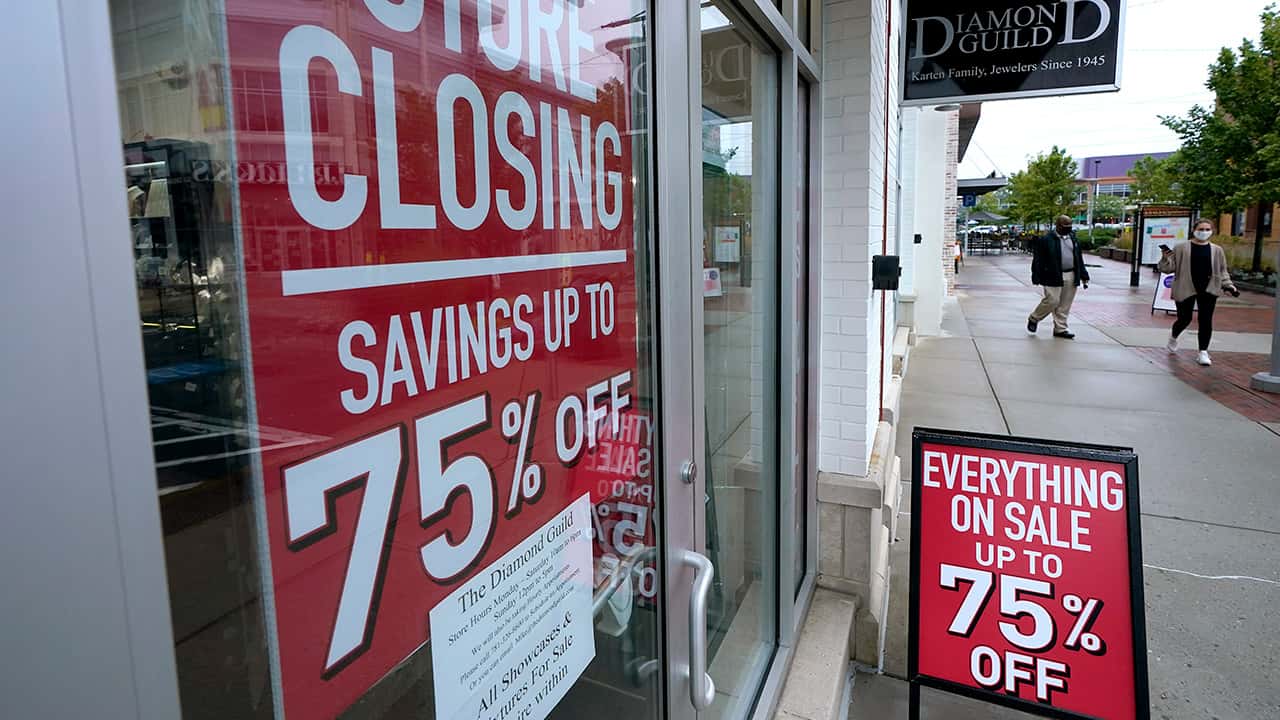 WASHINGTON — The U.S. economy plunged at an unprecedented rate this spring and even with a record rebound expected in the just-ended third quarter, the U.S. economy will likely shrink this year, the first time that has happened since the Great Recession.

The gross domestic product, the economy’s total output of goods and services, fell at a rate of 31.4% in the April-June quarter, only slightly changed from the 31.7% drop estimated one month ago, the Commerce Department reported Wednesday.

The government’s last look at the second quarter showed a decline that was more than three times larger than the fall of 10% in the first quarter of 1958 when Dwight Eisenhower was president, which had been the largest decline in U.S. history.

Economists believe the economy will expand at an annual rate of 30% in the current quarter as businesses have re-opened and millions of people have gone back to work. That would shatter the old record for a quarterly GDP increase, a 16.7% surge in the first quarter of 1950 when Harry Truman was president.

The government will not release its July-September GDP report until Oct. 29, just five days before the presidential election.

While President Donald Trump is counting on an economic rebound to convince voters to give him a second term, economists said any such bounce back this year is a longshot.

Economists are forecasting that growth will slow significantly in the final three months of this year to a rate of around 4% and the U.S. could actually topple back into a recession if Congress fails to pass another stimulus measure or if there is a resurgence of COVID-19. There are upticks in infections occurring right now in some regions of the country, including New York.

“There are a lot of potential pitfalls out there,” said Gus Faucher, chief economist at PNC Financial Services. “We are still dealing with a number of significant reductions because of the pandemic.”

In 2020, economists expect GDP to fall by around 4%, which would mark the first annual decline in GDP since a drop of 2.5% in 2009 during the recession triggered by the 2008 financial crisis.

“With the prospect of additinal fiscal aid dwindling, consumers, businesses and local governments will have to fend for themselves in the coming months,” Daco said.

The Trump administration is forecasting solid growth in coming quarters that will restore all of the output lost to the pandemic. Yet most economists believe it could take some time for all the lost output to be restored and they don’t rule out a return to shrinking GDP if no further government support is forthcoming.

So far this year, the economy fell at a 5% rate in the first quarter, signaling an end to a nearly 11-year-long economic expansion, the longest in U.S. history. That drop was followed by the second quarter decline of 31.4%, which was initially estimated two months ago as a drop of 32.9%, and then revised to a decline of 31.7% last month.

The slight upward revision in this report reflected less of a plunge in consumer spending than had been estimated. It was still a record fall at a rate of 33.2%, but last month projections were for a decline of 34.1%. This improvement was offset somewhat by downward revisions to exports and to business investment.

Trump to Far-Right Extremists: ‘Stand Back and Stand by’

Foreign Observers Wary of ‘Chaos,’ ‘Rancor’ in US Debate