2020 Watch: How Much Do Debates Matter This Year? 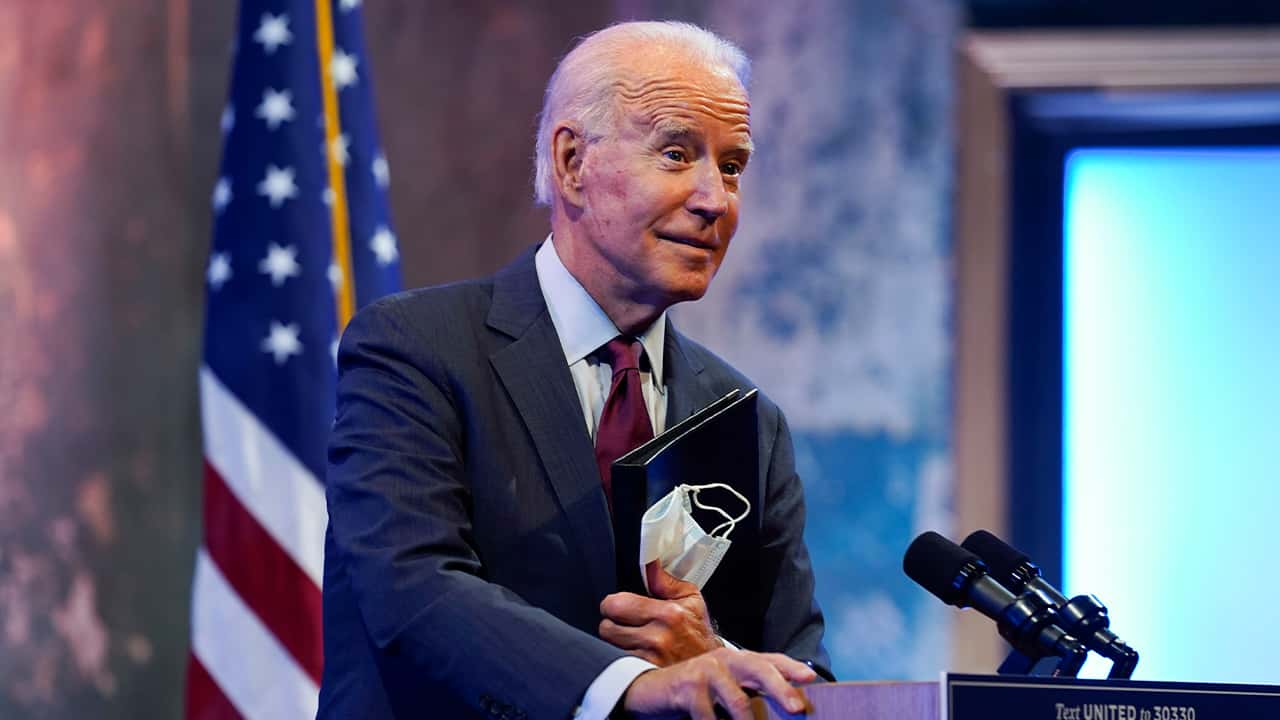 The race is tightening somewhat in some states, but Joe Biden is maintaining a remarkably stable lead over President Donald Trump in most national polls five weeks before Election Day as early voting intensifies. Still, the Republican president has at least two major opportunities to improve his standing this week.

First, Trump and his allies are poised to dominate the national conversation as they escalate their push to confirm Supreme Court nominee Amy Coney Barrett, whom the president formally introduced to America on Saturday. Trump’s team is betting that the evolving confirmation fight will help unify Republicans behind his candidacy and shift the national conversation away from his struggle to control the pandemic.

Second, the first general election debate gives Trump a prime-time opening to test Biden’s physical and mental strength once and for all. Trump and Biden face off Tuesday night in Cleveland, a highly anticipated affair expected to feature a sharp contrast in policy and personality. Biden is being advised to avoid direct attacks, but based on past performance, Trump won’t make it easy to take the high road.

And while Trump has opportunities this week, so does Biden. Democrats have seized on a New York Times report that the president paid little to no federal income taxes for several years because of huge losses in his businesses.

The expectations game was raging over the weekend, but on the eve of the first general election debate, it’s worth pondering the significance of the first debate-stage meeting between Trump and Biden.

If recent history is any guide, the 2020 debates will not significantly change the direction of the election. Remember former President Barack Obama’s opening dud in 2012? Or what about the consensus that Hillary Clinton bested Trump four years ago?

At the same time, Trump and his team have so effectively lowered expectations for Biden by questioning his mental and physical health for much of the last year that the 77-year-old former vice president might be judged the winner if he can simply have an average night for 90 minutes.

The stakes may actually be higher for the president, who is running short on opportunities to alter the dynamics of the race. President Donald Trump pauses as he speaks during a news conference at the White House, Sunday, Sept. 27, 2020, in Washington. (AP Photo/Carolyn Kaster)

Biden talked a tough game when asked about his debate strategy over the weekend, but those close to the campaign tell us he’s being advised to avoid too much direct confrontation or fact checking with the tough-talking Republican president.

Democrats believe that Trump is at his best when he’s playing in the mud, and they want Biden to rise above the insults and disinformation to present a clear contrast to voters. Such a disciplined strategy is far easier said than done — especially for Biden, who has lost his cool with voters on the campaign trail at times and generally struggled with staying on message when given a long leash.

Despite the concerns of his advisers, Biden sounded like he was spoiling for a fight on MSNBC over the weekend. He compared Trump to a Nazi and argued that “the people know the president is a liar” and later added: “He doesn’t know how to debate the facts because he’s not that smart.”

The Democratic base no doubt wants Biden to take the fight to Trump, but the former vice president may win the long game here by playing it safe.

Will Trump accept a peaceful transfer of power?

While some may not take him literally, Trump’s team is the first to point out that the president has followed through with several campaign trail promises over the last four years. Therefore, it could be dangerous to shrug off his repeated refusals to agree to a peaceful transfer of power should he lose.

This is not the kind of question you’d expect a president to be asked in the United States, which casts itself as a global model of democracy. But here we are. It doesn’t matter much how many Republicans on Capitol Hill or White House aides try to downplay Trump’s comments so long as the man with the world’s most powerful megaphone continues to cast doubt on a pillar of democracy.

We’ve already seen evidence of the president’s supporters seizing on his rhetoric to commit acts of violence. This is dangerous territory.

Will SCOTUS help or hurt the GOP?

Lara Trump, the president’s daughter in law and a campaign adviser, said in North Carolina last week that the Supreme Court debate would help energize the conservative base and win over “fence sitters” who otherwise might not vote. So far, we’ve seen no evidence that the nascent confirmation fight is making any difference in the president’s political standing.

But the Trump campaign is investing $10 million in a digital ad campaign featuring the court battle while encouraging battleground state voters to cast ballots. At the same time, Republicans are hosting a series of local events across the country this week to support Barrett’s confirmation.

Our recent reporting in critical swing states like Pennsylvania and North Carolina revealed that the Supreme Court simply isn’t a top issue for most voters, especially as the death toll from the pandemic continues to mount. That could limit the political upside or downside for Trump’s GOP even as the confirmation battle intensifies. For millions of Americans, Election Day has already arrived.

State election officials have already issued more than 3 million absentee or mail ballots in Arizona, nearly 5 million in Florida, and more than 1.1 million in Wisconsin, according to data collected by The Associated Press. Early voting is going on in several other states as well, including Minnesota, North Carolina and Virginia.

As expected, Democrats have a significant advantage in the number of ballots issued so far in most states. It’s too early to read too much into the numbers, except to remember that everything that happens from here on out has the potential to move votes in real time. It’s on.

Why Are Armenia and Azerbaijan Fighting Again? Fresno-Based Consul Speaks Out.