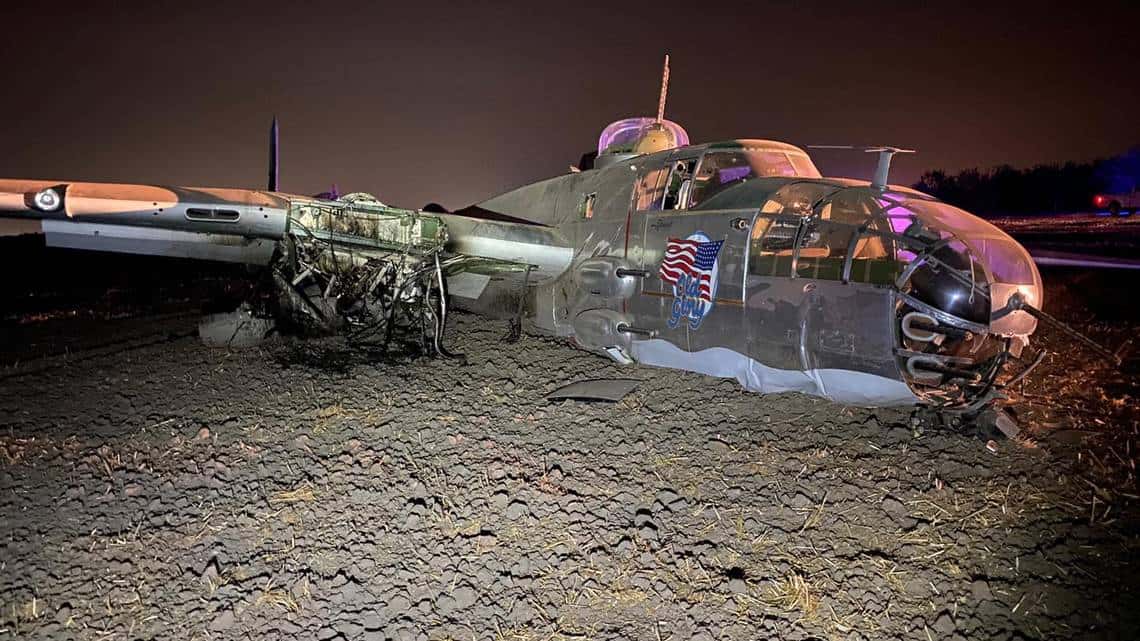 STOCKTON — Two people were hospitalized after a World War II-era plane crashed in a field in Stockton over the weekend, officials said.

Three people were on board. One person walked away and two others were taken to hospitals with non-life-threatening injuries, the Sacramento Bee reported.

The plane appeared to have hit an irrigation ditch as during an attempted landing in a field, the newspaper said.

The plane was left with extensive damage, officials said.

The FAA and National Transportation Safety Board will investigate.