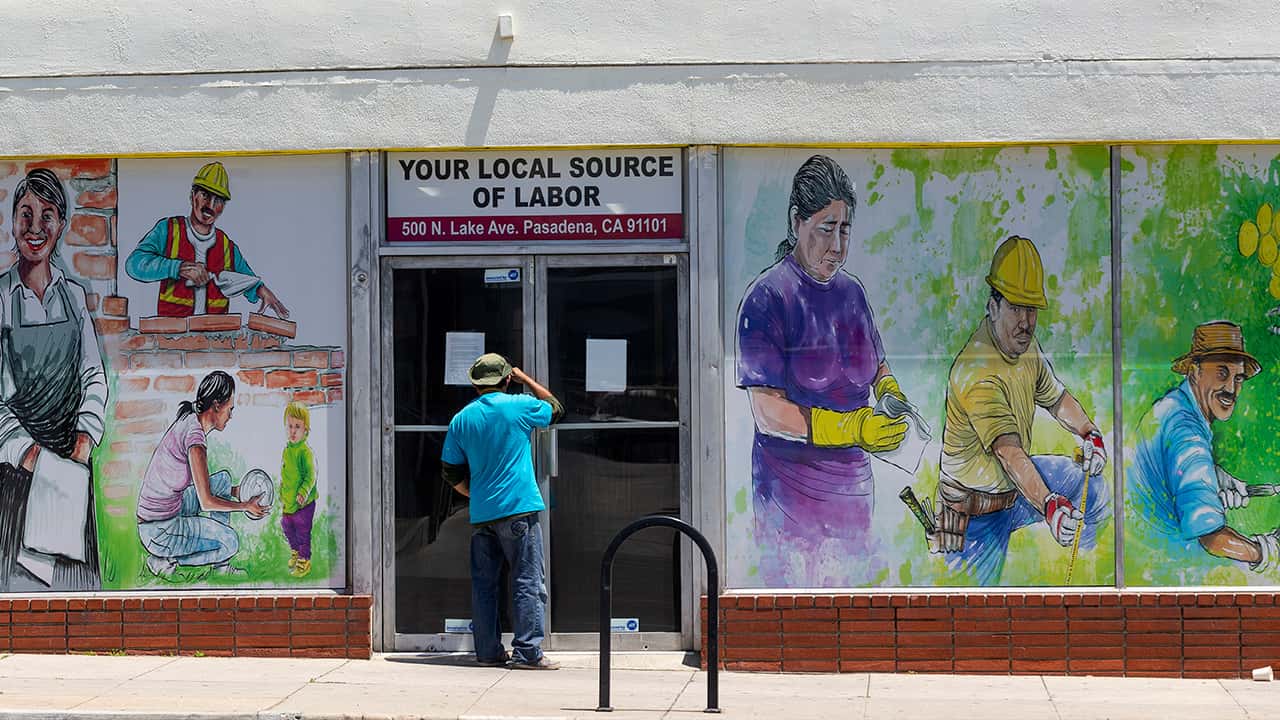 SACRAMENTO — A raft of temporary government jobs for the U.S. Census boosted California’s economic picture in August as the state added 101,900 jobs and saw its unemployment rate — now at 11.4% — fall below the high-water mark of the Great Recession for the first time since March.

But experts warned that other indicators — including new unemployment claims, consumer spending and job postings — still show the world’s fifth-largest economy has stalled with no quick recovery in sight.

California lost more than 2.6 million jobs in March and April as the government ordered businesses to close and people to stay home to slow the spread of the coronavirus, which has killed more than 14,700 Californians.

California lost more than 2.6 million jobs in March and April as the government ordered businesses to close and people to stay home to slow the spread of the coronavirus, which has killed more than 14,700 Californians.

California has now regained nearly a third of those jobs lost, according to numbers Friday by the Employment Development Department. But the unemployment rate fell in part because the labor force has declined by nearly 800,000 people since February as parents are forced to stay home with their children and others have decided to go back to school to learn new skills in a challenging job market, said Sung Won Sohn, professor of finance and economics at Loyola Marymount University.

“The thing about this pandemic, we tend to talk about the averages and the jobless rate and how many jobs we have created,” he said. “It’s kind of like saying the average depth of the Mississippi River is 3 feet deep. But if you try to walk across, you could drown. And many small businesses are drowning.”

Of the 101,900 jobs added in March, more than 64% were government jobs. Most of those are temporary jobs for the U.S. Census while others can be attributed to local government hires as school started back, at least virtually. Not counting the government jobs, California’s private sector added 35,800 jobs.

“In some ways, it is difficult to know what to make of this morning’s numbers,” said Michael Bernick, former director of the state Employment Development Department and an attorney with Duane Morris. “They are not consistent with the numbers we’ve seen over the past month on new unemployment claims in California which have been running very high.”

The biggest losses in California continue to come from restaurants and hotels and other hospitality businesses, which lost another 14,600 jobs in August.

Of California’s 58 counties, state officials say the coronavirus is “widespread” in 30 of them, a designation that imposes automatic bans on indoor dining and other business restrictions. The numbers have been improving statewide, but outbreaks continue to pop up, most notably in San Diego County. The fifth-most populous county in the country is in danger of being moved back to the “widespread” category, which could trigger another round of business closings.

In Los Angeles County, the nation’s most populous with more than 10 million residents, the economic downturn continues to have an outsized impact because of its service and entertainment-heavy economy and its large number of minority-owned small businesses. The county’s unemployment rate is 16.6%, more than 5 percentage points higher than the statewide average.

Former Clovis Pastor Pleads Guilty to Fraud. Could Get 20 Years in Prison.