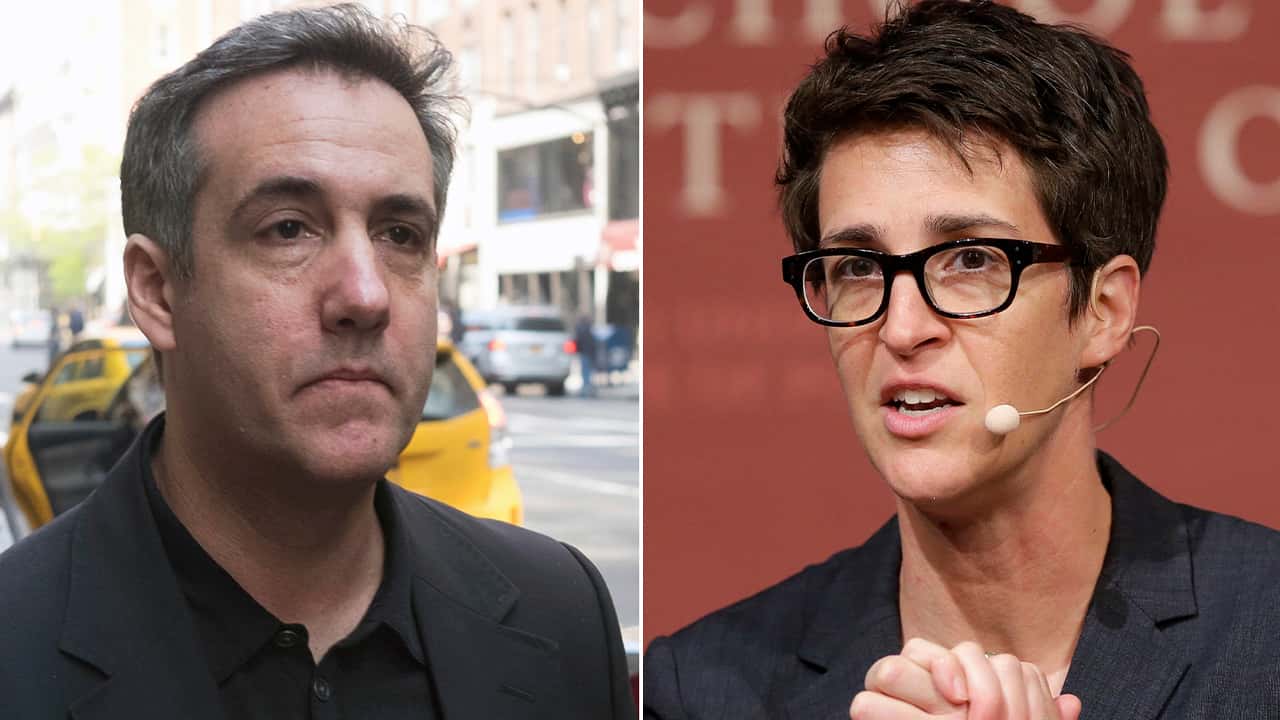 MSNBC’s prime-time personality reached the second-biggest audience of her career when 5 million viewers tuned in for her Tuesday interview with Michael Cohen about his new book, “Disloyal: A Memoir: The True Story of the Former Personal Attorney to President Donald J. Trump.”

Only the 5.23 million who saw Maddow’s July interview with presidential niece Mary Trump about her family tell-all exceeded that audience, the Nielsen company said. It was also the most-watched program in MSNBC’s 24-year history.

With less than two months before the election, authors are elbowing each other for space on the best-seller lists. One key to success is having some revelations that grab headlines and attention for a news cycle or two.

Veteran Bob Woodward knows that drill. His status, and the presence of audiotape interviews he conducted with Trump for the book “Rage,” were key to him landing a slot on CBS’ “60 Minutes” this Sunday, two days before publication date. He’ll be on NBC’s “Today” show the next morning.

Those shows reach a more mainstream audience than Maddow’s and, in the case of “60 Minutes,” a larger one.

But for people like Mary Trump, Cohen and Michael Schmidt, reporter for The New York Times and author of the just-released “Donald Trump vs. the United States,” Maddow offers a concentrated audience of potential buyers.

“There isn’t any show on television that sells more books than Maddow,” says Keith Urbahn of the Javelin literacy agency, where clients include former FBI Director James Comey and former Hillary Clinton aide Jennifer Palmieri. “She has the most engaged, book buying audience bar none. Every time one of our authors has been on, she has shot the book to number one.”

Sales of CNN media correspondent Brian Stelter’s book on the relationship between Fox News and Trump soared after a Friday night appearance on Maddow last month.

Authors like Stephanie Winston Wolkoff, interviewed last week about her book “Melania & Me: The Rise and Fall of My Friendship with the First Lady,” were visibly grateful for the attention.

MSNBC would not make Maddow or her producer available to talk about the competition among authors to get on her show and the factors that help a book make the cut. She noted on her show Thursday that having so many authors on her show “isn’t like me.”

“Everybody is basically getting it all off their chests at the same time,” she said.

Then she held up a copy of “Compromised: Counterintelligence and the Threat of Donald J. Trump” by former FBI official Peter Strzok and said “I have honestly been looking forward to this book for months.” She called it remarkable.

Sometimes the Maddow appearances resemble an adult version of story hour, where she reads long passages of books being highlighted. She did that with “Compromised,” with Strzok’s description of internal FBI meetings about Trump and his dealings with Russia, before interviewing him.

Maddow is generous with her time for authors whose stories pique her curiosity.

“I read it cover to cover,” she said while introducing Cohen, who had Maddow’s full hour to talk about “Disloyal.” “I did not intend to. But I started at the beginning and didn’t put it down until it was over.”

Trump Bestowing Medal of Honor on Soldier for Hostage Rescue