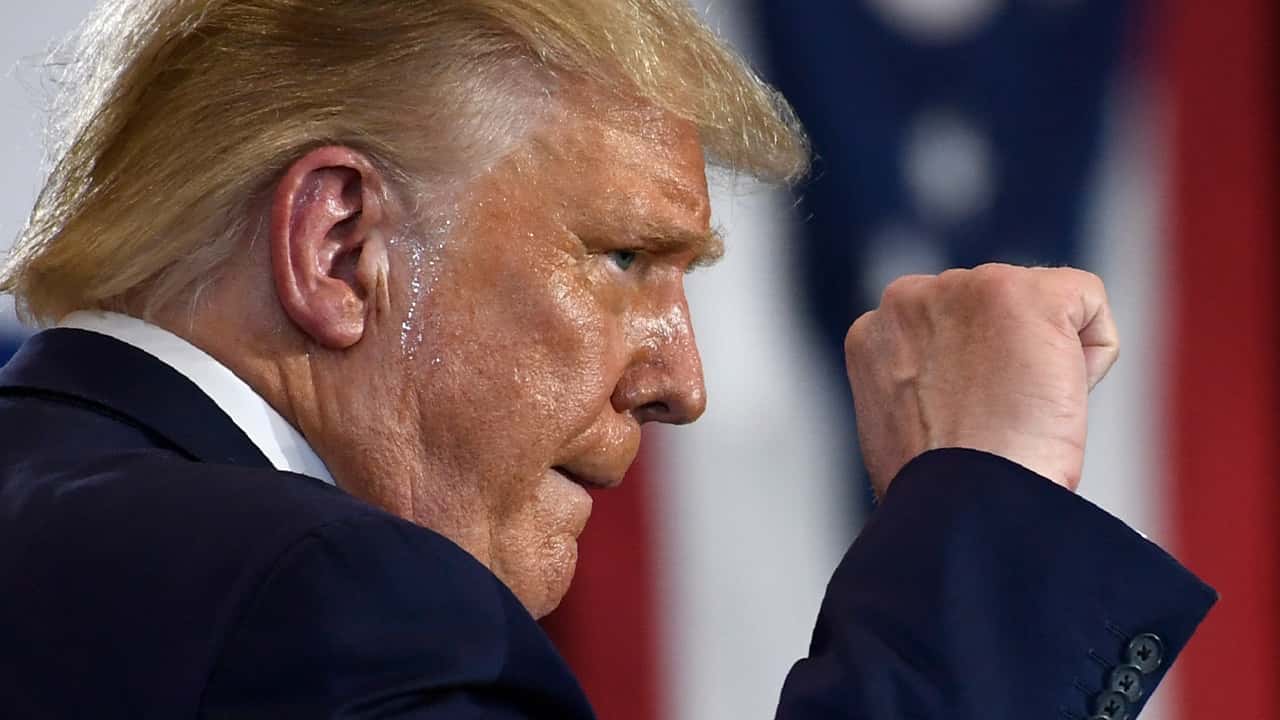 WASHINGTON — President Donald Trump is facing a backlash for urging voters in North Carolina to vote by mail and then try to vote again in person to test the mail-in ballot system in the Nov. 3 election.

Trump was asked by a television reporter during his trip Wednesday to Wilmington, North Carolina, if he had confidence in the vote-by-mail system.

“They will vote and then they are going to have to check their vote by going to the poll and voting that way because if it tabulates then they won’t be able to do that. So, let them send it in and let them go vote.” — President Donald Trump

“They will vote and then they are going to have to check their vote by going to the poll and voting that way because if it tabulates then they won’t be able to do that,” Trump told WECT. “So, let them send it in and let them go vote.

“And if the system is as good as they say it is, then they obviously won’t be able to vote (at the poll). If it isn’t tabulated, they will be able to vote.”

North Carolina’s attorney general, Democrat Josh Stein, said it is outrageous for the president to suggest that people “break the law in order to help him sow chaos in our election.”

“Make sure you vote, but do NOT vote twice!” Stein tweeted. “I will do everything in my power to make sure the will of the people is upheld in November.”

It’s a felony under North Carolina state law to vote twice. Once someone has cast an absentee ballot, that person may not change or cancel it, or decide to vote in person on Election Day, according to the state election board’s website. 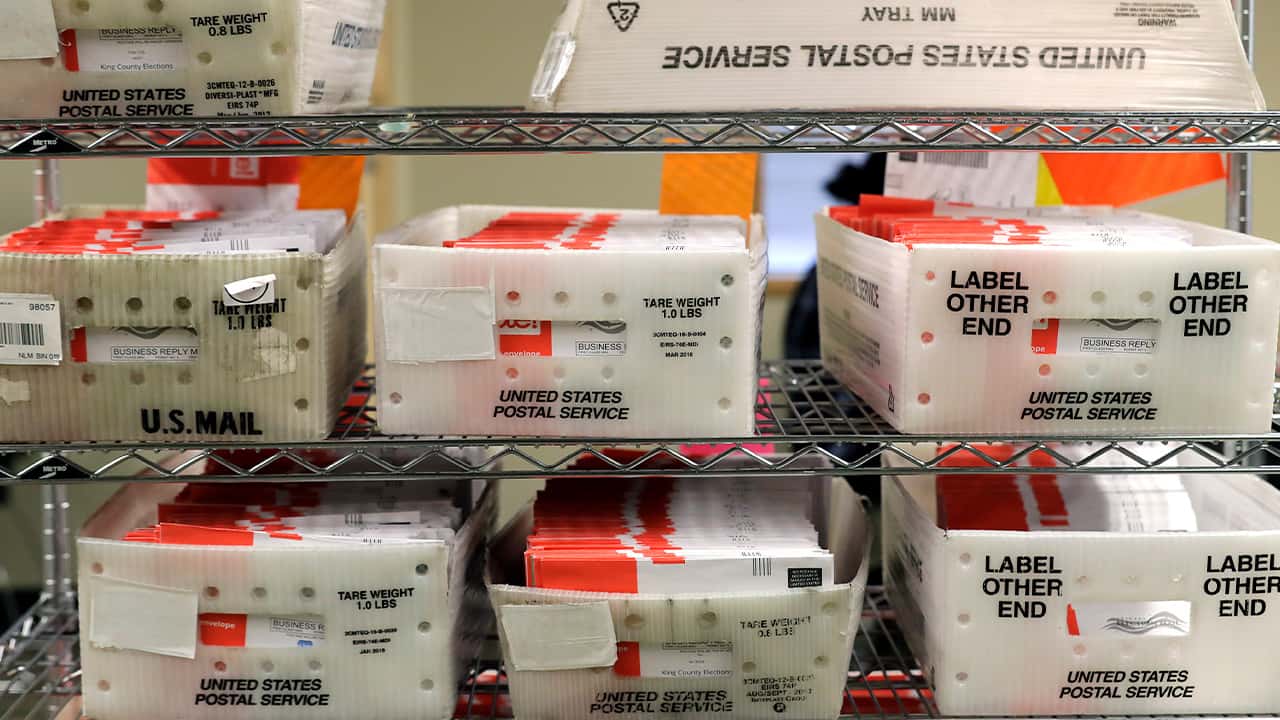 FILE – In this Aug. 5, 2020, file photo vote-by-mail ballots are shown in U.S. Postal service sorting trays the King County Elections headquarters in Renton, Wash., south of Seattle. The U.S. Postal Service has sent letters to 46 states and the District of Columbia, warning it cannot guarantee all ballots cast by mail for the November election will arrive in time to be counted, The Washington Post reported Friday, Aug. 14. (AP Photo/Ted S. Warren, File)

Attorney General William Barr, asked during a CNN interview about Trump’s suggestion, said he didn’t know the election laws in every state, but that agreed with Trump’s belief that mail-in voting is susceptible to fraud. It’s like “playing with fire,” Barr said.

States that have relied on mail-in ballots say there is little evidence of fraudulent activity. Multiple studies have debunked the notion of pervasive voter fraud in general and in the vote-by-mail process.

The five states that relied on mail-in ballots even before the coronavirus pandemic — Colorado, Hawaii, Oregon, Washington and Utah — have said they have necessary safeguards in place to ensure against fraud and to prevent hostile foreign intruders from trying to influence the vote. More states intend to rely more heavily on mail-in voting this fall because of the pandemic.

Barr cited a report from more than a decade ago from a commission led by former President Jimmy Carter and former Secretary of State James Baker that said vote-by-mail was vulnerable to fraud. But the commission pointed out in a statement in May that it had found little evidence of fraud in states such as Oregon that had sufficient safeguards.

The White House defended the president, saying that he has fought hard for an election system that is fair and free from fraud and abuse. White House press secretary Kayleigh McEnany told Fox News Channel on Thursday, “This idea that he is encouraging people to vote twice is yet another example of the media taking him out of context and ignoring the facts.”

US Trade Deficit Surges in July To Highest in 12 Years