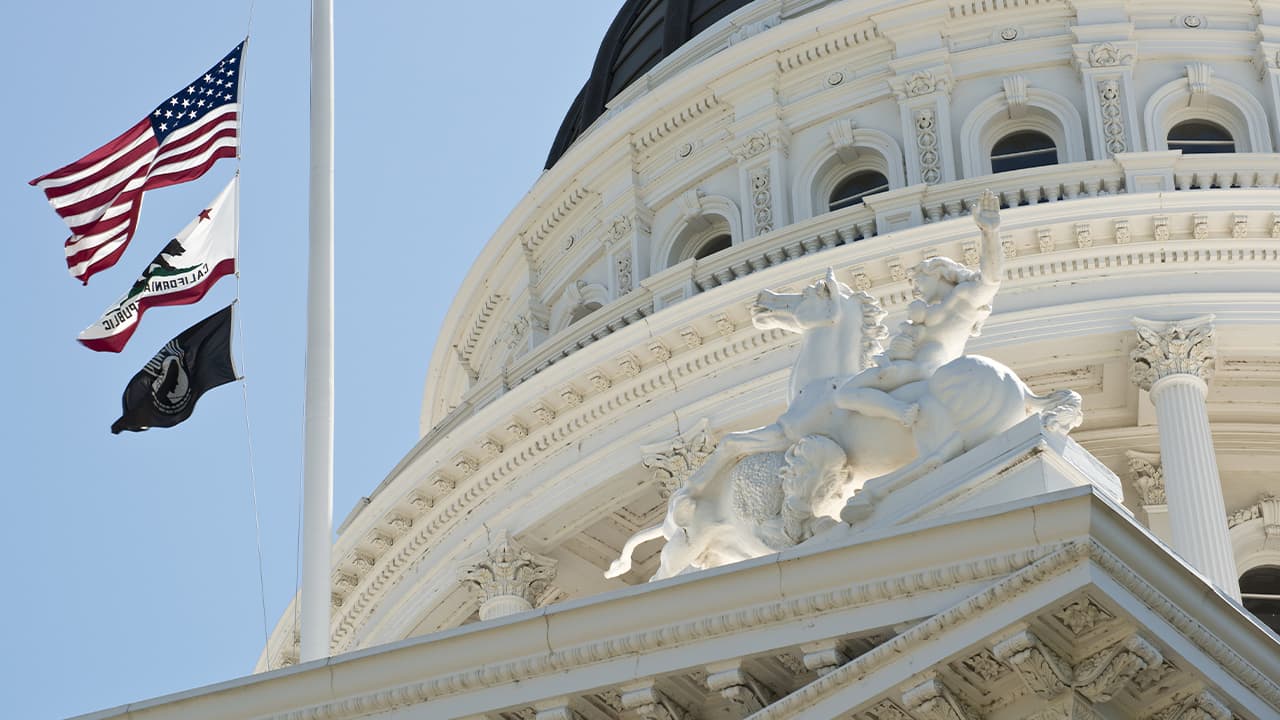 SACRAMENTO — Hundreds of newly passed California bills could be in jeopardy after most of the Republicans in the state Senate were forced to vote remotely for several days because of the coronavirus — a legally untested procedure legislative leaders expect will prompt a lawsuit in the coming weeks.

“I would say it was disappointing. It was not the year we thought it was going to be on Jan. 1.” — Democratic Assembly Speaker Anthony Rendon

The uncertainty surrounding remote voting capped a frenzied final day of legislating in California that included cursing from quarantined lawmakers, a tense standoff over muted microphones and a lawmaker forced to bring her crying baby on the floor of the state Assembly in a futile attempt to save a housing bill.

It was the perfect bookend for a bizarre legislative session shortened by the coronavirus pandemic.

“I would say it was disappointing,” said Democratic Assembly Speaker Anthony Rendon of the legislative session as a whole. “It was not the year we thought it was going to be on Jan. 1.”

Republican Sen. Brian Jones tested positive for the coronavirus last week and exposed nine of his colleagues during a caucus lunch on Aug. 25. Senate Democrats, who control the chamber, ordered those Republicans to vote remotely, saying they were following public health guidelines that require two weeks of isolation for anyone exposed to the disease.

That process, in which lawmakers voted via video on a Zoom call, has never been tried before in the state Legislature. An opinion from the Office of Legislative Counsel in May said it is likely illegal.

“I don’t agree with them making us vote remotely,” Senate Republican Leader Shannon Grove said Tuesday. “I do think it will be challenged in court.”

Senate President Pro Tempore Toni Atkins, a Democrat, has defended the procedure, saying she is confident the decision will hold up in court.

The Remarkable Moment Prompted Applause From Some of Her Colleagues

But in the state Assembly, Democratic leaders would not even let a nursing mother vote by proxy on Monday, fearing it could lead to legal challenges.

The Assembly had recently changed its rules to allow members at high risk for the coronavirus to vote by proxy. But Rendon denied Assemblywoman Buffy Wicks’ request, saying she did not qualify as “high risk” for the disease.

Wicks brought newborn daughter to work on Monday, bouncing her beneath a blue-and-white striped blanket as she gave a speech on Assembly floor urging her colleagues to pass a housing bill before midnight.

The remarkable moment prompted applause from some of her colleagues and quickly spread on social media, generating criticism of the decision to deny Wicks’ proxy request — including an editorial in the San Francisco Chronicle that began with the line: “Shame on Assembly Speaker Anthony Rendon.”

Rendon later apologized to Wicks on Tuesday night, saying “my intention was never to be inconsiderate toward her, her role as a legislator, or her role as a mother.”

“The Assembly needs do do better. I commit to doing better,” Rendon said.

In an interview, Wicks said she wasn’t angry with Rendon denying her request, saying “we’re all dealing with how we manage this new world” and said she hoped her experience would serve as a “teachable moment.”

“I think it touches a chord of what a lot of women are feeling around the country right now, especially with COVID,” Wicks said. “It’s not really about me, it’s about the constraints I think families are feeling across the board.”

The Tactic Caused a Tense Standoff Between the Two Caucuses

The Legislature was shut down for nearly two and a half months starting in March. And when lawmakers returned, they had to keep their distance from each other, making it difficult to build consensus on tough issues. Multiple high-profile bills — including yet another effort to boost housing production in a state already facing a shortage — failed to pass on Monday as lawmakers simply ran out of time.

Grove said Republicans were not intentionally running out the clock on bills, pointing to several examples when her caucus allowed bills to pass without debate.

“We needed to cut the number of bills that we were going to hear, and that didn’t happen to the degree that it needed to happen,” Atkins said.

Atkins accused Republicans of trying to “run out the clock” by talking bills to death as the Legislature neared its midnight deadline. Senate Democrats used their majority to impose a time limit on debate for each bill. That elicited fierce objections from the quarantined Republicans, with Sen. Melissa Melendez loudly declaring “this is bulls—-,” earning a rebuke from the presiding officer.

The tactic caused a tense standoff between the two caucuses that was not resolved until after a lengthy delay that contributed to the demise of some bills.

“Obviously it backfired,” Atkins said of the decision to limit debate. “I continue to be a little bit amazed because we bent over backwards to allow for the participation.”

Grove said Republicans were not intentionally running out the clock on bills, pointing to several examples when her caucus allowed bills to pass without debate.

“Why cram everything in the last few days and try to blame it on Republicans?” she said.

Biden Focuses on Schools After Blasting Trump on Violence