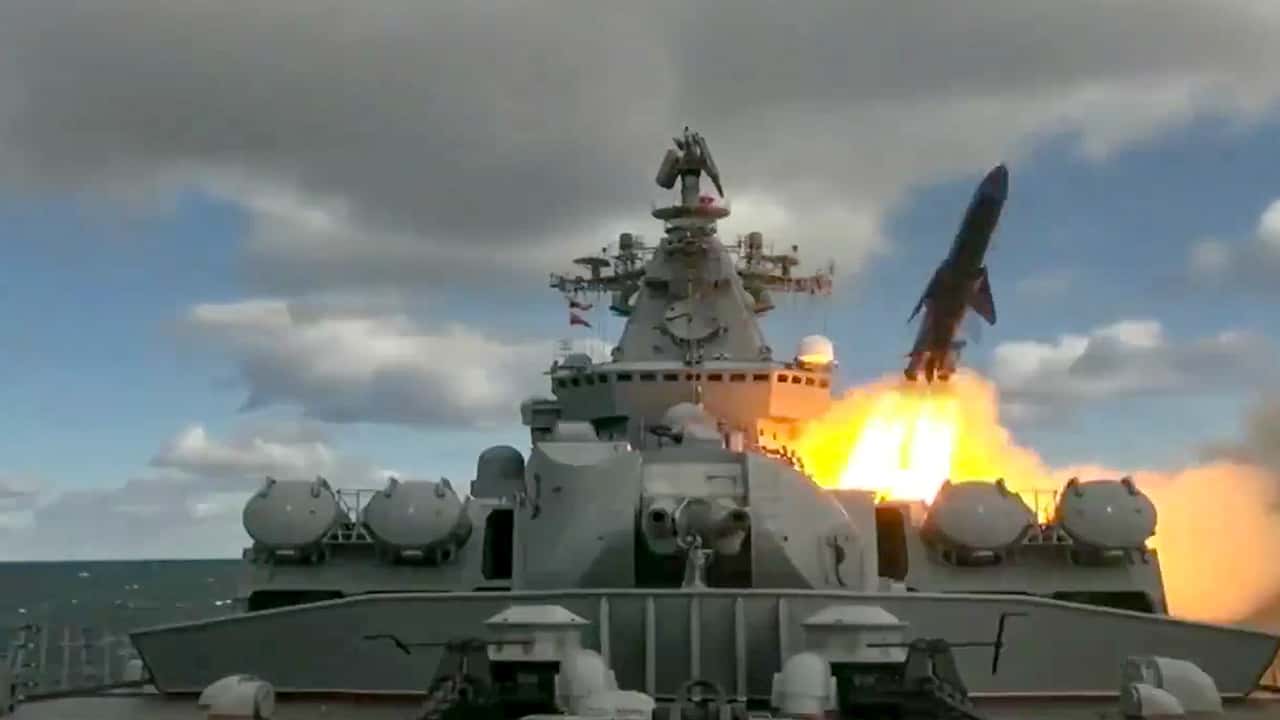 MOSCOW — The Russian navy conducted major war games near Alaska involving dozens of ships and aircraft, the military said Friday, the biggest such drills in the area since Soviet times.

Russia’s navy chief, Adm. Nikolai Yevmenov, said that more than 50 warships and about 40 aircraft were taking part in the exercise in the Bering Sea, which involved multiple practice missile launches.

Russia has prioritized boosting its military presence in the Arctic region, which is believed to hold up to one-quarter of the Earth’s undiscovered oil and gas. Russian President Vladimir Putin has cited estimates that put the value of Arctic mineral riches at $30 trillion.

“We are holding such massive drills there for the first time ever,” Yevmenov said in a statement released by the Russian Defense Ministry.

It wasn’t immediately clear when the exercises began or if they had finished.

Yevmenov emphasized that the war games are part of Russia’s efforts to boost its presence in the Arctic region and protect its resources.

“We are building up our forces to ensure the economic development of the region,” he said. “We are getting used to the Arctic spaces.”

Russia has prioritized boosting its military presence in the Arctic region, which is believed to hold up to one-quarter of the Earth’s undiscovered oil and gas. Russian President Vladimir Putin has cited estimates that put the value of Arctic mineral riches at $30 trillion.

Russia’s Pacific Fleet, whose assets were taking part in the maneuvers, said the Omsk nuclear submarine and the Varyag missile cruiser launched cruise missiles at a practice target in the Bering Sea as part of the exercise.

The maneuvers also saw Onyx cruise missiles being fired at a practice target in the Gulf of Anadyr from the coast of the Chukchi Peninsula, it added.

The Presence of Russian Military in the Area Caused a Stir

Lewis said the North American Aerospace Defense Command and U.S. Northern Command were closely monitoring the submarine. He added that they haven’t received any requests for assistance from the Russian navy but stand ready to assist those in distress.

It cited former Russian navy’s chief of staff, retired Adm. Viktor Kravchenko, as saying that by having the submarine surface in the area the navy may have wanted to send a deliberate signal.

“It’s a signal that we aren’t asleep and we are wherever we want,” RIA Novosti quoted Kravchenko as saying.

The presence of Russian military assets in the area caused a stir for U.S. commercial fishing vessels in the Bering Sea on Wednesday.

“We were notified by multiple fishing vessels that were operating out the Bering Sea that they had come across these vessels and were concerned,” U.S. Coast Guard spokesman Kip Wadlow said Thursday.

The Coast Guard contacted the Alaskan Command at Joint Base Elmendorf-Richardson, which confirmed the ships were there as part of a pre-planned Russian military exercise that was known to some U.S. military officials, he said.

The Russian military has expanded the number and the scope of its war games in recent years as Russia-West relations have sunk to their lowest level since the Cold War after Russia’s 2014 annexation of Ukraine’s Crimean Peninsula, and other crises.