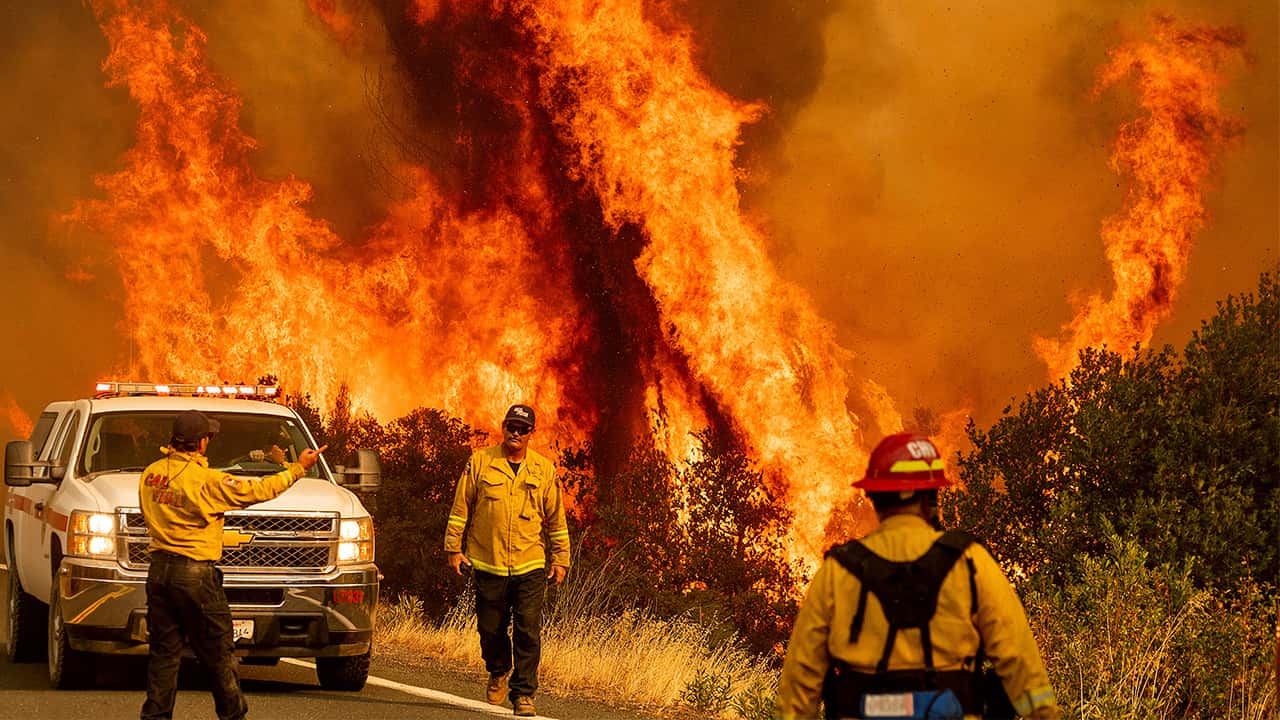 SANTA CRUZ — Thousands have been driven from their homes by the wildfire burning in the Santa Cruz Mountains south of San Francisco and authorities say criminals are taking advantage by burglarizing vacant homes.

At least 13 people have been arrested on suspicion of looting or planning to loot neighborhoods in Santa Cruz County, officials said Sunday. More are expected as the public reports “a lot of looting going on,” Sheriff Jim Hart said.

More than 100 officers are patrolling evacuation zones and Hart said he’s ordered his deputies to pull over any non-police or non-fire department vehicles.

“I have no empathy, I have no patience for somebody who’s going to come into our community and steal from people who have been evacuated and victimized and traumatized,” Hart said during a news conference with county District Attorney Jeffrey Rosell.

Some of the arrests came from community tips, including from residents who refused to evacuate and others who spotted suspicious activity on their home security cameras, Hart said.

He and Rosell vowed to catch and prosecute the thief who broke into a fire commander’s vehicle and stole personal items, including a wallet containing credit cards.

Among the Items Stolen From Houses Were Firearms

“It’s concerning, because we had to leave without getting any of our belongings in order,” Brewster said. “Literally, everything we own is there.”

He said he feels really sad that there are people “in a low enough place that they would prey on others in this way.”

Among the items stolen from houses were firearms and, in one case, an outdoor heating system, officials said.

To the north in Sonoma County, where a another huge fire “complex” rages, police saying looting hasn’t been a major problem. Deputies arrested one person on suspicion of breaking into an unoccupied home, sheriff’s spokeswoman Misti Wood. said, adding deputies were patrolling fire zones around the clock to watch for looters.

Rosell noted that with an emergency declaration from the governor in place, penalties are enhanced for people who steal or price gouge.

Related Topics:California wildfireswildfires
Up Next