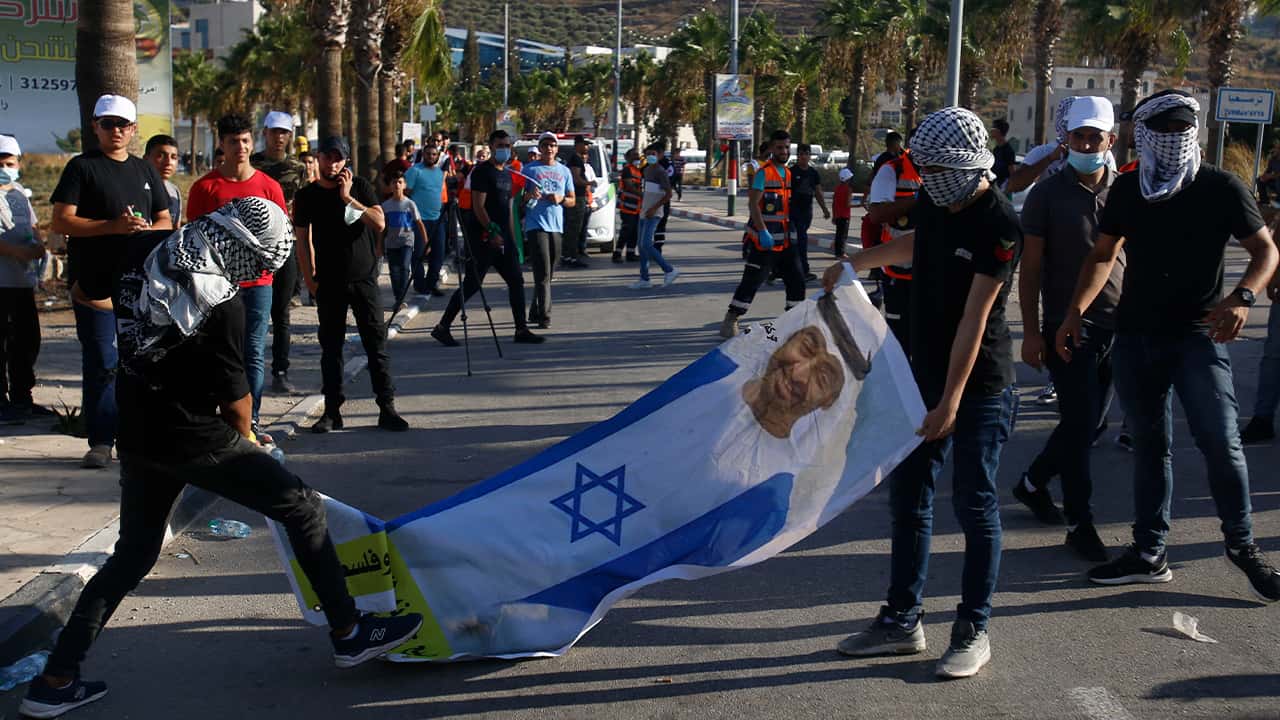 GAZA CITY, Gaza Strip — Hundreds of Palestinians in the Gaza Strip on Wednesday rallied against the U.S.-brokered deal to normalize ties between Israel and the United Arab Emirates.

Unlike Palestinian protesters last Friday near the Al Aqsa Mosque compound in Jerusalem’s Old City who also burned posters of the Emirati crown prince, the Gaza demonstrators stopped short of burning symbols of the UAE — apparently not to antagonize the Gulf Arab country, where tens of thousands of Palestinians work and live.

The protest was organized by the militant Hamas group, which rules the Gaza Strip, and other factions.

“Normalization with the occupation harms us and doesn’t serve us,” he said. “Instead, it serves and promotes the occupation in its projects that target Palestine and the region.”

In the West Bank town of Turmusaya, several dozen Palestinians demonstrated against the UAE’s deal with Israel, the Trump administration’s Mideast plan and Israel’s plan to annex parts of the West Bank. Protesters burned Israeli flags and threw stones at Israeli soldiers in the distance.