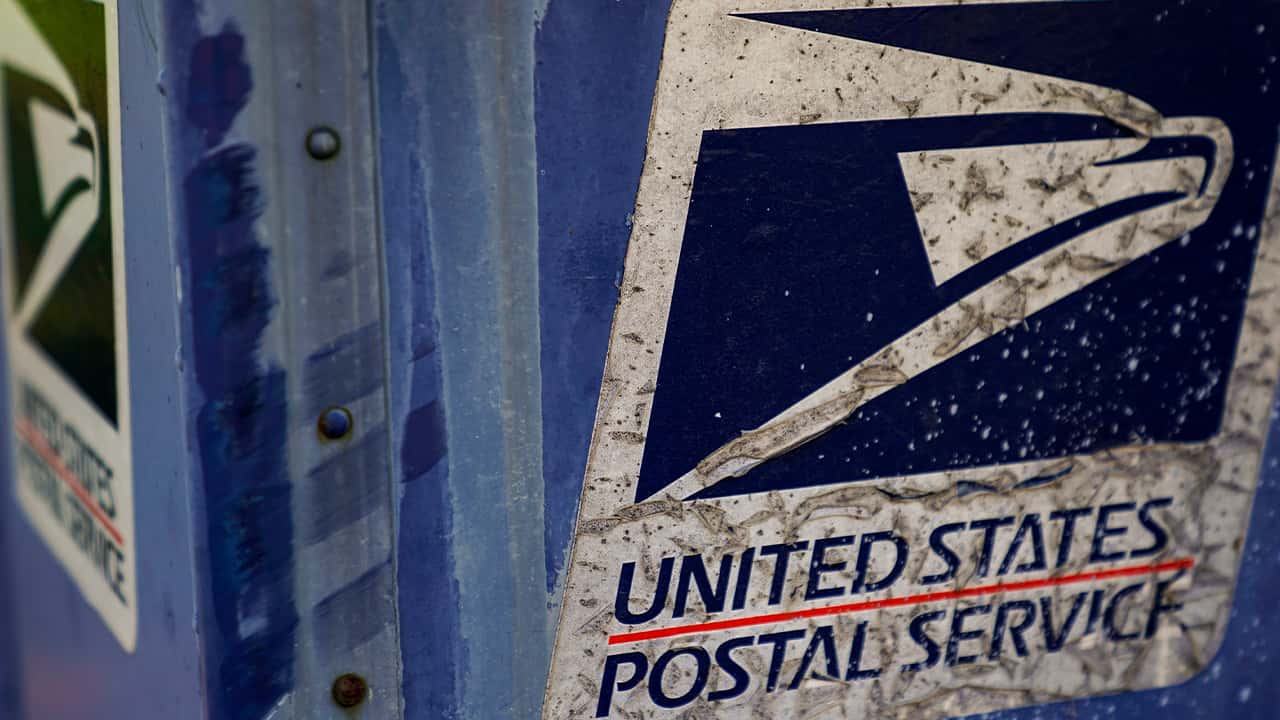 Postmaster General Louis DeJoy said he would “suspend” several of his initiatives — including the removal of the distinctive blue mail boxes that prompted an outcry — until after the election “to avoid even the appearance of impact on election mail.”

Postmaster General Louis DeJoy said he would “suspend” several of his initiatives — including the removal of the distinctive blue mail boxes that prompted an outcry — until after the election “to avoid even the appearance of impact on election mail.”

“We will deliver the nation’s election mail on time,” DeJoy said in a statement.

The abrupt reversal from DeJoy, who is set to testify Friday before the Senate, comes as more than 20 states, from New York to California, announced they would be suing to stop the changes. Several vowed they would press on, keeping a watchful eye on the Postal Service ahead of the election.

The crisis at the Postal Service has erupted as a major election year issue as DeJoy, a Republican donor who took control of the agency in June, has swiftly engineered cuts and operational changes that are disrupting mail delivery operations and raising alarms that Trump is trying to undermine the agency ahead of the election.

At the White House, Trump has flatly denied he is seeking to slow-walk the mail, even has he leveled fresh assaults Tuesday on mail-in voting and universal ballots. More Americans than ever are expected to choose to vote absentee during the coronavirus outbreak.

“You can’t have millions and millions of ballots sent all over the place, sent to people that are dead, sent to dogs, cats, sent everywhere,” Trump told reporters.

“This isn’t games and you have to get it right,” Trump said.

Some of the initiatives DeJoy said he was shelving until after the election had already been announced.

DeJoy said Tuesday he is halting the planned removal of mail-processing machines and blue collection boxes, as well as an initiative to change retail hours at post offices. He also said that no mail processing facilities will be closed and said the agency has not eliminated overtime.

One initiative that DeJoy didn’t single out in his announcement was the newly imposed constraints on when mail can go out for delivery — a change that postal workers have said is fueling delays. The statement also did not specify whether the agency would restore mail-sorting machines that have recently been taken offline.

A Postal Service spokesman declined to comment beyond DeJoy’s statement.

“What’s going on right now is nothing less than a full-on assault by this administration on the U.S. Postal Service, an institution that millions of Americans rely on every single day,” said Bob Ferguson, the attorney general in Washington state, at a news conference.

Ferguson and Pennsylvania Attorney General Josh Shapiro announced they were leading collections of other states in suing to block service changes at the Postal Service, just as the postmaster was making his own statement Tuesday. Both Shapiro and Ferguson said they would not take DeJoy at his word.

“We need to see binding action to reverse these changes,” Shapiro said.

Trump made clear last week that he was blocking $25 billion emergency aid to the Postal Service, acknowledging he wanted to curtail election mail operations, as well as a Democratic proposal to provide $3.6 billion in additional election money to the states to help process an expected surge of mail-in ballots.

In the pivotal swing state of Ohio, Attorney General Dave Yost pleaded with Trump to postpone any needed changes to the Postal Service until after Election Day. GOP Sen. Rob Portman and other Republicans in Ohio’s congressional delegation urged DeJoy to “ensure timely and accurate delivery of election-related materials.”

Pelosi is gaining GOP support for Saturday’s vote, according to two Republican aides granted anonymity to discuss the situation. She is calling lawmakers back to Washington for the “Delivering for America Act,” which would prohibit the Postal Service from implementing any changes to operations or level of service it had in place on Jan. 1. The package would include the $25 billion approved as part of the COVID-19 rescue that is stalled in the Senate.

McConnell though is unlikely to change the Senate schedule. In Kentucky, he said he viewed the postal legislation as an opportunity to resume talks over a broader COVID-19 relief bill. “I don’t think we’ll pass, in the Senate, a postal-only bill,” he told the Courier-Journal in an interview.

McConnell though is unlikely to change the Senate schedule. In Kentucky, he said he viewed the postal legislation as an opportunity to resume talks over a broader COVID-19 relief bill. “I don’t think we’ll pass, in the Senate, a postal-only bill,” he told the Courier-Journal in an interview.

Ahead of the election, DeJoy, a former supply-chain CEO who took over the Postal Service in June, has sparked nationwide outcry over delays, new prices and cutbacks that could imperil not only the election, but what some call a lifeline for those receiving mail prescriptions and other goods during the COVID-19 crisis.

Trump has defended DeJoy, but also criticized postal operations and claimed that universal mail-in ballots would be “a disaster.”

Experts say examples of ballot fraud have been overstated. The Brennan Center for Justice in 2017 ranked the risk of ballot fraud at 0.00004% to 0.0009%, based on studies of past elections.

The Postal Service is among the nation’s oldest and more popular institutions, strained in recent years by declines first-class and business mail, but now hit with new challenges during the coronavirus pandemic. Trump routinely criticizes its business model, but the financial outlook is far more complex, and includes an unusual requirement to pre-fund retiree health benefits that advocates in Congress want to undo.

Postal workers say they are increasingly worried about their ability to deliver for the fall election.