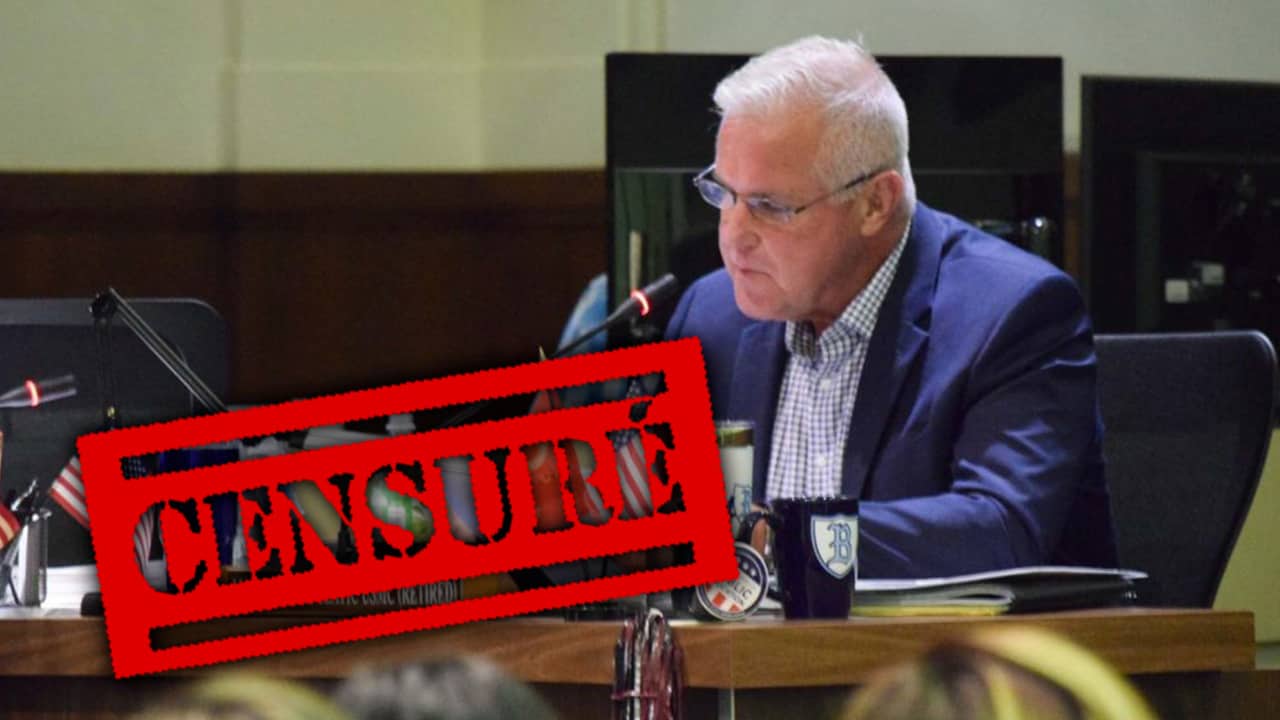 The Fresno Unified School District board voted Wednesday to extend Trustee Terry Slatic’s censure by one year, saying that he has failed to make changes in his behavior that led to the original censure.

The vote was 6-0, with Slatic abstaining as he did a year ago on the first censure resolution.

Instead of making a statement, Slatic directed chief of staff David Chavez to play a video clip from the KSEE 24 “Sunday Morning Matters” show in which he answered questions about his censure, accusations of inappropriate behavior, whether he needs to undergo anger management, and about an incident involving himself and two Fresno ministers who later accused him of being racist and profane.

Slatic said in the televised interview that the district’s investigative report, which was cited in the new censure resolution, failed to include comments he said were made by Pastor Elias Loera about “being racist against the people who live north of Shaw.”

In the television interview, Slatic said he has been an “agent of change” for Fresno Unified, one of the nation’s lowest-performing large urban school districts, “and people hate change.”

Slatic said that unlike other trustees, he has called out the need for improved academic performance.

He also questioned the veracity of the accounts of the incident that the ministers gave to an investigator working for the district.

Trustee Claudia Casares later took umbrage at Slatic’s claim to be the only trustee pushing for change. Much change was already in effect before his election to the board in November 2018, she said, adding that he needs to curb his “hateful and hurtful” language.

Trustee Veva Islas, who renewed her call for Slatic to resign his Area 7 seat, called his behavior inappropriate and “dangerous.” She read letters from two local ministers who provided character references for Pastor Loera, saying he is trustworthy and does not discriminate, contrary to Slatic’s assertion.

Board Asks for Grand Jury Investigation

The new censure resolution said the censure might be re-evaluated or terminated by the board before next August if Slatic recommits to abide by board bylaws. It also “encourages” him to take the district’s implicit bias and cultural proficiency training, governance training provided by the California School Boards Association, “and/or” anger management training.

The resolution also includes a request from the board for an investigation by the Fresno County Grand Jury and disciplinary action by other regulatory agencies as might be warranted.

Slatic’s original censure last August came after a series of incidents, including a physical altercation with a Bullard student on campus in January 2019, verbal altercations with a Bullard wrestling coach and an Army recruiter on the campus in February, and a meeting with Bullard teenagers in July that led one teenager to seek a restraining order. Slatic had addressed the cheerleaders in the wake of the “blackface” social media incident involving younger squad members.

A campaign to recall Slatic fizzled out earlier this year after proponents’ efforts to collect signatures were halted by the coronavirus pandemic.