A 16-year-old Bullard cheerleader who went to court in July to seek a restraining order against a Fresno Unified trustee could be on the hook for $12,000 in legal fees and court costs. 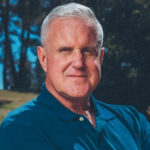 Trustee Terry Slatic, the target of the teen’s legal effort, says she wouldn’t be facing a legal bill if she had agreed earlier to apologize to him and the Fresno County Superior Court, in exchange for his agreeing to have the case dismissed.

But her attorney, Aida Macedo, told GV Wire on Wednesday that the girl has nothing to apologize for. Although Slatic and his attorney have described her case as “frivolous,” the teen genuinely felt she was in jeopardy, Macedo said.

The teen is named in court filings because she identified herself when she filed the initial paperwork seeking a restraining order, but GV Wire is not identifying her because she is a minor.

The request for the restraining order stemmed from Slatic’s appearance in July at a summer meeting of the Bullard cheerleading teams that has been described by some as an admonishing lecture and others as threatening and bullying.

“There was no reason for her to apologize.” — Attorney Aida Macedo

Slatic said his intention in meeting with the cheerleaders was to put an end to ongoing social media postings by some cheerleaders who were critical about the school and district’s response to the so-called blackface incident, in which another Bullard cheerleader appeared in blackface and used inappropriate racial language in videos posted on social media. She remains on the squad.

The cheerleader who sought the restraining order said she did so because she felt threatened by Slatic at the meeting and was seeking protection. The girl and her mother, who could not afford an attorney, went to the self-help desk at the courthouse to fill out the paperwork, said Macedo, who is representing the family pro bono.

Related Story: Judge Orders Slatic, Student to Stay Away From Each Other

An attorney could have filed the restraining order request under the name of Jane Doe to shield the teen’s identity, Macedo said.

After a three-day hearing last fall that included evidence and testimony, Judge Noelle Pebet denied the teen’s request for a restraining order.

Is Slatic the Prevailing Party?

Slatic’s attorney, Michael A. Goldfeder of El Segundo, then asked the court to find that Slatic is the prevailing party in the case and entitled to reimbursement of his legal costs. A hearing on the motion is scheduled for Jan. 22.

A Jan. 10 legal filing by Goldfeder indicated that earlier discussions to dismiss the case were unsuccessful.

“In fact, mere days after the Defendant filed his CH-120 opposition to the Plaintiff’s patently frivolous Civil Harassment Restraining Orders Petition, she instantly reached out sua sponte begging the Defendant for permission to dismiss her fatally flawed legal pleading. After declining a very magnanimous offer from the Defendant to accommodate her request, she ignored his generosity by choosing instead to move forward with her preposterous agenda … ,” which the motion says was politically tied to efforts to recall Slatic.

Slatic told GV Wire on Wednesday that he would have agreed with the teen’s request to dismiss the case if she had, in turn, agreed to apologize in court to him, and to the Fresno County Superior Court.

‘No Reason For Her To Apologize’

“Kids have to learn that decisions have consequences.” — Trustee Terry Slatic

Macedo acknowledged that there were efforts to settle the case before it moved into a “full-on trial,” but added that such discussions are supposed to be kept confidential.

“There was no reason for her to apologize,” she said. While the judge found that the teenager’s case failed to provide sufficient proof in support of a restraining order, “it didn’t mean it was a frivolous case,” Macedo said.

Slatic said he’s not concerned that critics say he is picking on the teenager by seeking to make her responsible for his legal fees.

She had the chance to avoid them with apologies but chose not to, he said.

“It’s a shame it has to go this way, but my conscience is clear. Apologize, and it can go away. And all the people who put this 17-year-old up to this, I hope they walk forward and give her $12,000.”

As for now, Slatic said, he’s unable to seek reimbursement from the school district for his legal fees, even though they are directly connected to his role as an elected official.

The school board, after reviewing a series of incidents last year involving Slatic and Bullard students and staff, and an Army recruiting officer, passed a censure resolution that set conditions for his visits to Bullard and meetings with district administrators, and removed his indemnification from legal claims that arise from his role as trustee.

The board will consider the censure resolution at this evening’s meeting and could decide to return the resolution to the ad hoc committee that crafted it for potential revisions.

Slatic has maintained that the censure is illegal because it is punitive and disenfranchises Bullard area residents because of the conditions it imposes on him.

On Dec. 11 the mother filed a claim for damages against Slatic, Superintendent Bob Nelson and Bullard staffers Scott Sanders and William Podsakoff. Her three-page handwritten claim alleges that the staffers were present at the cheerleader meeting and did nothing to protect the teens from Slatic, and that Nelson gave Slatic permission to meet with the cheerleaders.

Nelson is recommending that the trustees deny the mother’s claim for damages and refer the matter to the district’s executive director of benefits and risk management.