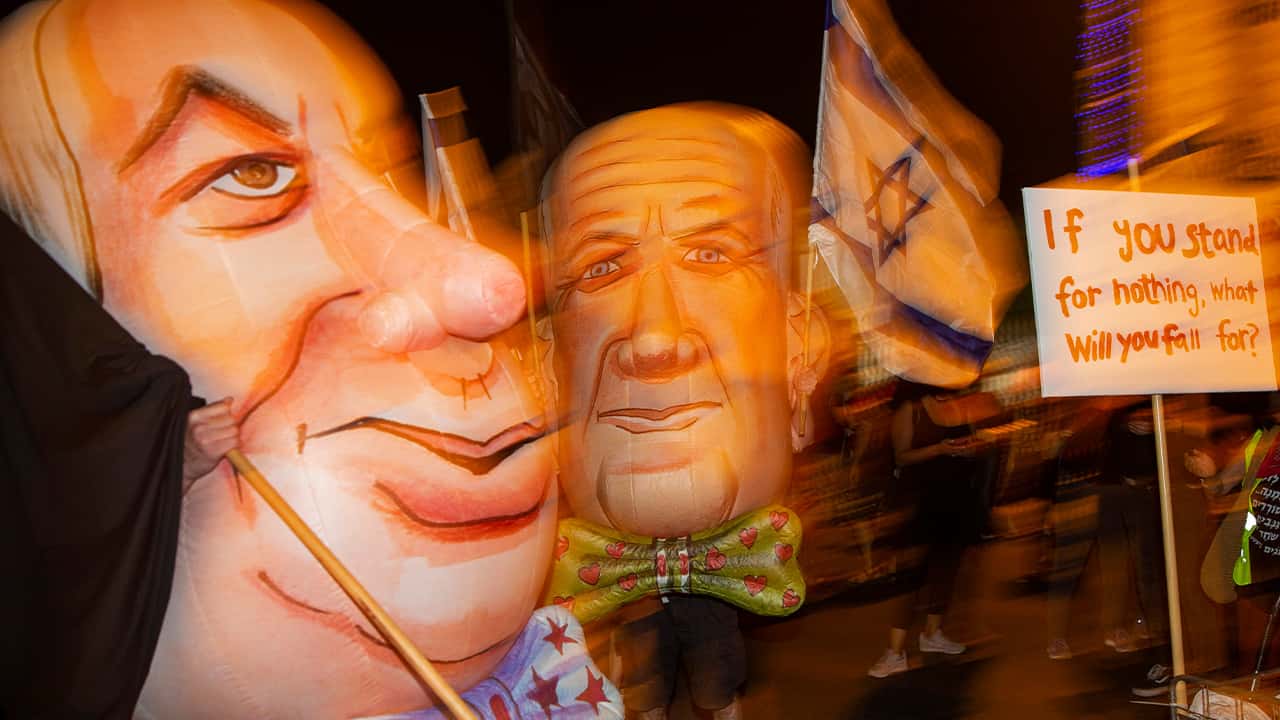 JERUSALEM — When Prime Minister Benjamin Netanyahu and his rival, Benny Gantz, agreed to form an “emergency” government in May after three bitter and deadlocked election campaigns, the goal was to stabilize Israeli politics in the face of a global pandemic.

The differences run so deep that this week’s Cabinet meeting was canceled. Parliament is expected on Wednesday to approve an extension beyond the Aug. 25 deadline to allow the sides more time to reach a compromise. But even if there is a deal, few expect the partnership to last much longer because of the bad blood and many clashes.

But less than 100 days later, their fractious coalition government could be headed toward collapse as Israel grapples with a raging coronavirus outbreak, an economic calamity and a wave of public protests. With little common ground and a severe lack of trust, the uneasy alliance now has just two weeks to reach a budget deal or plunge the nation into its fourth election since last year.

The differences run so deep that this week’s Cabinet meeting was canceled. Parliament is expected on Wednesday to approve an extension beyond the Aug. 25 deadline to allow the sides more time to reach a compromise. But even if there is a deal, few expect the partnership to last much longer because of the bad blood and many clashes.

“What is clear is that even if elections have been deferred, this is just a matter of time. In another two months a new excuse will be found, and we will once again find ourselves in the same deep crisis,” argued columnist Sima Kadmon in the Yediot Ahronot daily. “Netanyahu has been given time to conceive of his next tricks and shticks.”

Critics say that Netanyahu is focused on his ongoing corruption trial and resistant to ceding the premiership to Gantz next year, as called for by their coalition agreement. Netanyahu has reportedly tried to lure in defectors from Gantz’s party to secure a thin parliamentary majority and avert another election.

Netanyahu has seen his support drop dramatically in the face of the wave of demonstrations sweeping the country against his perceived failure to respond to the virus and its resulting economic crisis. He’s repeatedly said he opposes another election, saying that with unemployment over 20% now is the time to focus on getting the Israeli economy back on track.

But opponents believe he is angling for a crisis that would trigger a new election. Despite the dip in support, polls suggest Netanyahu’s Likud maintains a sizable lead over all other parties.

The election of a more favorable government could enable Netanyahu to pre-empt what is expected to be a new legal challenge against his fitness to serve. Opponents are expected to file the challenge when the evidentiary stage of the trial begins in January. During that phase, he will be required to sit in court three times a week.

The Showdown Ostensibly Revolves Around the State’s Budget

In another twist, opposition leader Yair Lapid, who this week accused both Netanyahu and Gantz of playing “pathetic petty politics at the expense of the public,” intends to introduce a bill that will bar anyone indicted of a crime from seeking the premiership. Without Gantz’s support, it is unlikely to pass.

The showdown ostensibly revolves around the state’s budget. The government is required by law to pass one by Aug. 25 or else elections are automatically called.

The coalition agreement calls for a two-year budget. But Netanyahu, citing the economic crisis, is pushing for a 2020 budget alone. Gantz says that a short-term budget halfway through the year would be meaningless and violate their deal.

Netanyahu appears to be driven in part by political considerations.

Under their power-sharing deal, a failure to reach a budget deal is the only situation that allows Netanyahu to dissolve the partnership without yielding power to Gantz.

If a long-term budget deal is reached, it would all but guarantee that Gantz will take over as prime minister in September 2021, as specified in the deal.

Netanyahu desperately wants to stay in office throughout his trial, which is expected to drag on for several years.

At a tour of an air force base Tuesday, he tried to explain his motivations as that of responsible leadership.

He and Netanyahu Have Repeatedly Clashed Throughout Their Brief Alliance

Netanyahu has come under withering criticism for remaining in office while on trial for corruption, pushing for seemingly anti-democratic measures under the guise of combating the virus and generally mismanaging the crisis.

Defense Minister Gantz, whose Blue and White faction has also seen its support drop, says he doesn’t want to go to elections and accuses Netanyahu of having “personal reasons” for leading to it.

“Whoever loves the state of Israel doesn’t take it to elections at this time,” Gantz said Monday.

He and Netanyahu have repeatedly clashed throughout their brief alliance over various pieces of legislation and policy proposals. Ever since Gantz’s faction broke ranks with coalition discipline two weeks ago to pass a pro-gay rights bill, Netanyahu’s allies have been threatening disbandment.

They’ve also differed in their approach to the widescale protests drawing thousands to the streets several times a week. While Gantz has sympathized with the demonstrators, Netanyahu has denounced them as radicals and anarchists who were waging an incitement campaign against him and his family.

Netanyahu has come under withering criticism for remaining in office while on trial for corruption, pushing for seemingly anti-democratic measures under the guise of combating the virus and generally mismanaging the crisis. The size of his bloated government, a minister’s comment dismissing the public’s pain, and his own efforts to secure himself a sizable tax break have created a sense that the 70-year-old Netanyahu is detached from the troubles of his angry electorate. His family’s perceived hedonism and zest for power have further alienated those who are struggling.

Netanyahu is on trial for a series of cases in which he allegedly received lavish gifts from billionaire associates and traded regulatory favors with media moguls for more favorable coverage of himself and his family. The prime minister has denied any wrongdoing and accuses the media and law enforcement of a witch hunt to oust him from office.

Is It Safe to Ride Public Transit During the Pandemic?