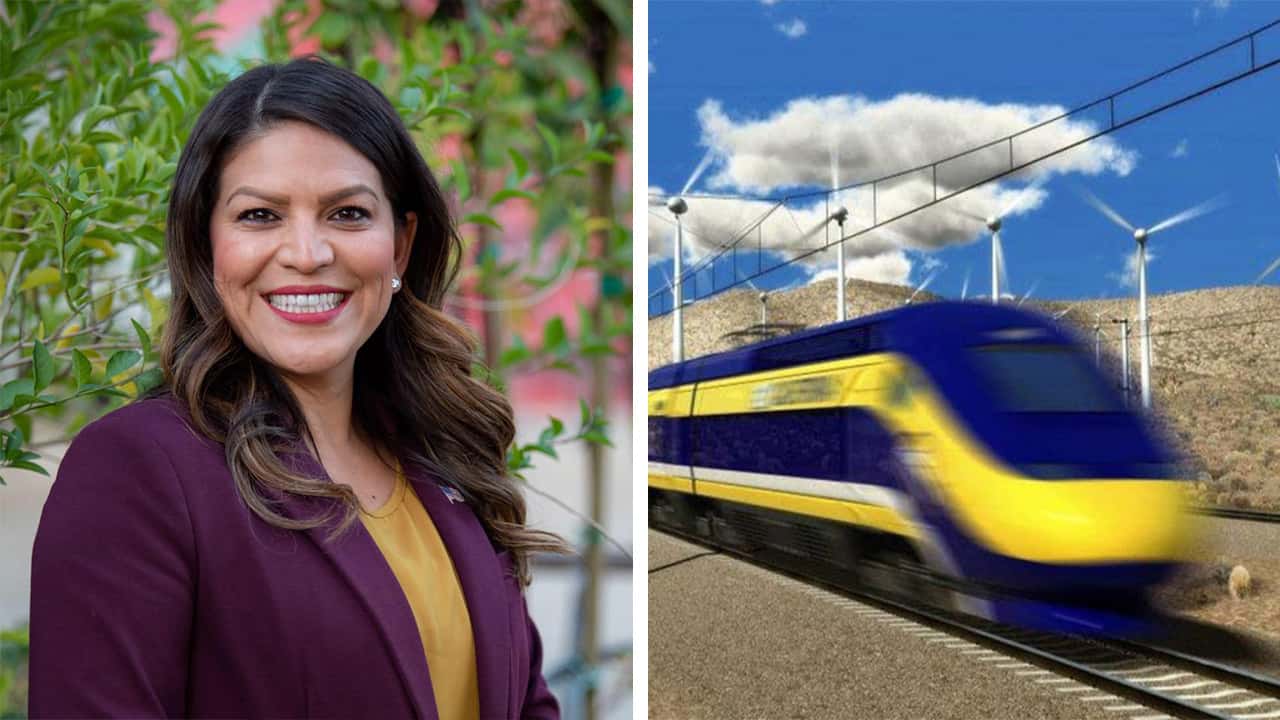 Last week, Caltrans announced it hired Diana Gomez as director for the region covering Fresno County and the Central Valley.

Gomez left her position as the Central Valley regional director of the High-Speed Rail project.

Multiple sources have told Politics 101 that Fresno councilwoman Esmeralda Soria might be a fit for the high-paid, newly vacant position.

Soria tells Politics 101 that others have spoken to her about the job, but she hasn’t had time to consider it. She said she’s too busy worrying about COVID-19 and her regular council duties.

The job listing, first posted on July 1, is still listed on the HSR website. It will remain open until filled.

A Job Created for Fresno’s Quan?

The Fresno County Board of Supervisors voted Tuesday to establish a new management position, that of chief operating officer. The post will be second-in-command to County Administrative Officer Jean Rousseau. The vote was 3-2, with Steve Brandau and Sal Quintero opposed.

Could this position be created just for current Fresno City Manager Wilma Quan? Sources say Quan is looking to jump to the county. And, one person inside the Hall of Records said the COO position was “tailor-made” for her.

Board chairman Buddy Mendes, however, said the position — with an expected higher compensation package than an assistant CAO — is meant to draw more candidates, including department heads.

“We’ll get a good pool of people to pick from,” Mendes told Politics 101 prior to the meeting.

Speaking during public comment at Tuesday’s meeting, Arambula called for the board to spend more on rental and food assistance, personal protective equipment, and testing for workers mainly living in rural communities.

“This is a once-in-a-century crisis. Their health and lives depend on the decisions that you make,” Arambula said. “Give them hope and assurances that their voices are being heard. We are in this fight together. Do your job and protect our community.”

This has been at least the fourth time Arambula has brought the issue forward, either in public or in front of a camera, to the board in the last 30 days.

A U.S. Treasury Department report showed that the county incurred costs of nearly one-third of its federal allotment of more than $80 million in federal stimulus money through June.

Supervisor Brian Pacheco announced he would introduce programs to aid minority- and women-owned businesses, as well as a housing-retention program focusing on essential workers in the agricultural communities. The tension between Arambula (D-Fresno) and Supervisor Buddy Mendes remains.

Prior to the meeting, Arambula and other community leaders met with select members of the media outside the Hall of Records in downtown Fresno.

Arambula then tried to speak during a discussion about COVID-19 spending at the jail. He wanted to make general comments, which were scheduled for later in the meeting.

“You’re making a political statement. … Go sit down. If you want to give a public comment, give it on item six (about jail testing),” said Mendes, who is well known for keeping meetings on a tight schedule.

“Thank you for being a public servant,” Arambula replied.

In a tweet Monday to his 121 million followers, Obama endorsed Josh Harder (D-Turlock) in the 10th Congressional District race and TJ Cox (D-Fresno) in CD 21. Both are incumbents running against Republicans Ted Howze and former congressman David Valadao, respectively.

Obama did say this was his first wave of endorsements, implying subsequent waves could come.

I’m proud to endorse this diverse and hopeful collection of thoughtful, empathetic, and highly qualified Democrats. If you’re in one of their districts or states, make sure you vote for them this fall. And if you can, vote early—by mail or in person. https://t.co/PSm3Rf3wkF pic.twitter.com/7RXrJriBz8

Clovis Council Says No to Raises

The five members earn $1,455 a month. A proposal from city staff would have raised the pay by 4%, the same as other city employees received recently, or the 10% maximum allowed by state law. The council’s last raise was in 2018.

The city’s uncertain finances because of COVID-19 influenced the decision to turn down a raise.

“This doesn’t seem quite right to take a raise, even if it’s really small,” councilwoman Lynne Ashbeck said.

Councilman Bob Whalen said the economy factored into his vote.

“I don’t know what to expect over the next couple of years,” Whalen said. “We are not making a living off of this. To forego the increases is a very minor sacrifice for us to make.”