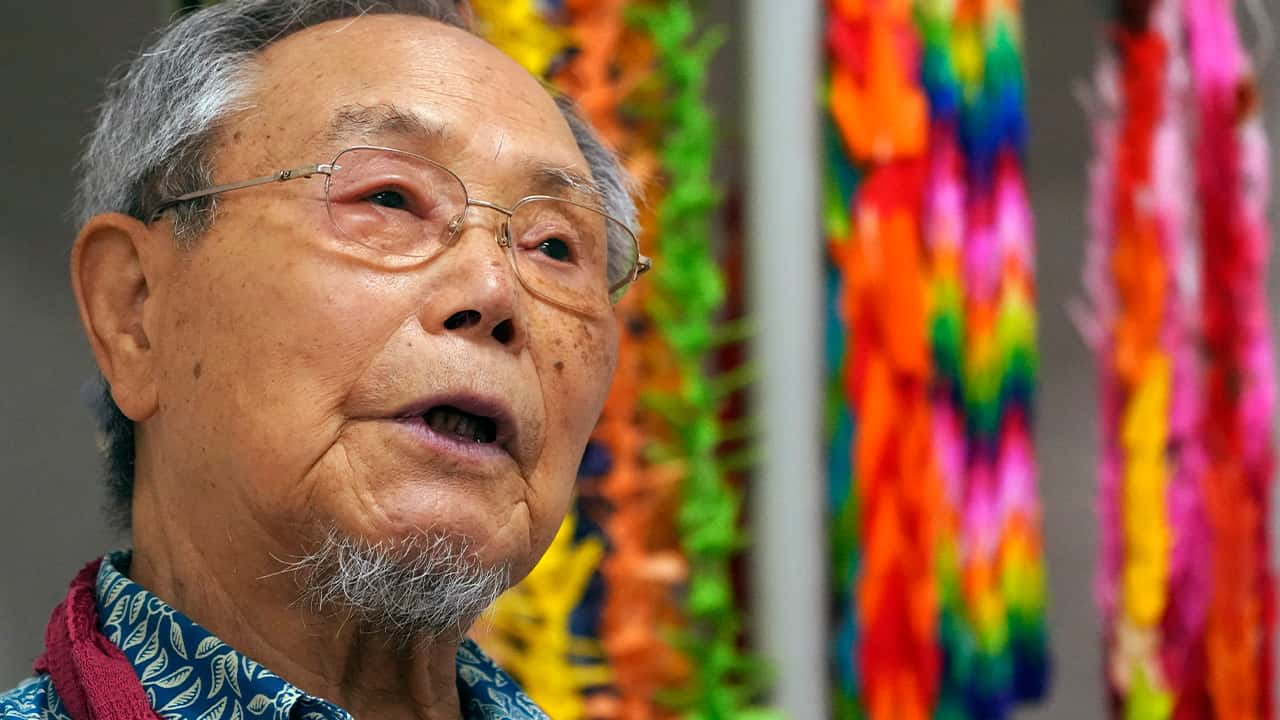 HIROSHIMA, Japan — For nearly 70 years, until he turned 85, Lee Jong-keun hid his past as an atomic bomb survivor, fearful of the widespread discrimination against blast victims that has long persisted in Japan.

“We must work harder to get our voices heard, not just mine but those of many other survivors. A nuclear weapons ban is the starting point for peace.” — Lee Jong-keun

But Lee, 92, is now part of a fast-dwindling group of survivors, known as hibakusha, that feels a growing urgency — desperation even — to tell their stories. These last witnesses to what happened 75 years ago this Thursday want to reach a younger generation that they feel is losing sight of the horror.

The knowledge of their dwindling time — the average age of the survivors is more than 83 and many suffer from the long-lasting effects of radiation — is coupled with deep frustration over stalled progress in global efforts to ban nuclear weapons. According to a recent Asahi newspaper survey of 768 survivors, nearly two-thirds said their wish for a nuclear-free world is not widely shared by the rest of humanity, and more than 70% called on a reluctant Japanese government to ratify a nuclear weapons ban treaty.

“We must work harder to get our voices heard, not just mine but those of many other survivors,” Lee said in an interview Tuesday at the Hiroshima Peace Memorial Museum. “A nuclear weapons ban is the starting point for peace.”

“All lives are equal,” he added. ”As someone who has faced harsh discrimination, that’s the other lesson I want to pass on to younger people.”

The first U.S. atomic bombing killed 140,000 people in the city of Hiroshima. A second atomic attack on Nagasaki on Aug. 9, 1945, killed another 70,000. Japan surrendered on Aug. 15, bringing an end to a conflict that began with its attack on Pearl Harbor in December 1941 during its attempt to conquer Asia.

Some 20,000 ethnic Korean residents of Hiroshima are believed to have died in the nuclear attack. The city, a wartime military hub, had a large number of Korean workers, including those forced to work without pay at mines and factories under Japan’s colonization of the Korean Peninsula from 1910 to 1945.

On the morning of Aug. 6, 1945, 16-year-old Lee, a second-generation Korean born in Japan, was on his way to work at Japan’s national railway authority in Hiroshima when the uranium bomb nicknamed Little Boy exploded. The whole sky turned yellowish orange, knocking him face first to the ground, Lee said. He suffered severe burns on his neck that took four months to heal.

Japanese Bomb Survivors Had No Government Support Until 1957

Back at work, co-workers wouldn’t go near him, saying he had “A-bomb disease.” Little was known about the effects of the bomb, and some believed radiation was similar to an infectious disease. Prospective marriage partners also worried about genetic damage that could be passed to children.

Lee had been bullied at school because of his Korean background, his classmates ridiculing the smell of kimchi in his lunchbox. Revealing that he was also an A-bomb victim would have meant more trouble. So Lee lived under a Japanese name, Masaichi Egawa, until eight years ago, when he first publicly revealed his identity during a cruise where atomic bomb survivors shared their stories. Until then, he hasn’t even told his wife he is hibakusha.

“No ethnic Koreans want to reveal their past as hibakusha,” Lee said.

Japanese bomb survivors had no government support until 1957, when their yearslong efforts won official medical support. But a strict screening system has left out many who are still seeking compensation. Assistance for survivors outside Japan was delayed until the 1980s.

The atomic bombings set off a nuclear arms race in the Cold War. The United States justified the bombings as a way to save untold lives by preventing a bloody invasion of mainland Japan to end the war, a view long accepted by many Americans. But Gar Alperovitz, author of “Atomic Diplomacy: Hiroshima and Potsdam and The Decision to Use the Atomic Bomb,” said at a recent online event that documentary records show wartime American leaders knew of Japan’s imminent surrender and the bombings were not necessary militarily.

“I can’t live for another 50 years,” said Koko Kondo, 75, who was an 8-month-old baby in her mother’s arms when their house collapsed from the blast about a kilometer (half a mile) away. “I want each child to live a full life, and that means we have to abolish nuclear weapons right now.”

Even after so many years, too many nuclear weapons remain, Kondo said, adding, “We are not screaming loud enough for the whole world to hear.”

Kondo, who survived the blast as a baby, is the daughter of the Rev. Kiyoshi Tanimoto, one of six atomic bomb survivors featured in John Hersey’s book “Hiroshima.” She struggled for decades until she reached middle age to overcome the pain she experienced in her teens and the rejection by her fiance.

She was almost 40 when she decided to follow her father’s path and become a peace activist. She was inspired by his last sermon, in which he spoke about devoting his life to Hiroshima’s recovery.

This year, the frustration of survivors is greater because peace events leading up to the Aug. 6 memorial have been largely canceled or scaled back amid the coronavirus pandemic.

The Fear of Death, Prejudice and Discrimination Continues, and Nuclear Weapons Still Exist

For the first time in over a decade, Keiko Ogura won’t provide English guided tours of Hiroshima’s Peace Park.

Ogura was 8 when she saw the searing bright flash outside her house, about 2 kilometers (1.2 miles) from ground zero. Smashed to the ground, she was woken by her little brother’s wails. The rubble of their house was burning.

Crowds of people with severe burns, their hair charred into curls, headed to a shrine near her home, grunting and asking for water. Two people dropped dead after receiving water from her, a scene that haunted her for years. She blamed herself for surviving when so many others died.

Crowds of people with severe burns, their hair charred into curls, headed to a shrine near her home, grunting and asking for water. Two people dropped dead after receiving water from her, a scene that haunted her for years. She blamed herself for surviving when so many others died.

Ogura’s relatives and friends told her to hide her status as a hibakusha or nobody would marry her. She kept her past to herself for decades, until her husband, a peace activist, died and she decided to continue his efforts. She set up a group of interpreters for peace.

Her relatives don’t want her to mention them in her speeches. “Why? Because people are still suffering,” Ogura, 83, said in a recent online briefing. “The impact of radiation, the fear of it and the suffering were not just felt during the moment of the blast — we still live with it today.”

Survivors are frustrated by their inability to see a nuclear-free world in their lifetime, and by Japan’s refusal to sign or ratify a nuclear weapons ban treaty enacted in 2017.

“But no matter how small, we must pursue our efforts,” said Ogura. “I will keep talking as long as I live.”

More than 300,000 hibakusha have died since the attacks, including 9,254 in the past fiscal year, according to the health ministry.

“For me, the war is not over yet,” said Michiko Kodama, 82, who survived the bombing but has lost most of her relatives to cancer. Years after the atomic bombing, a receptionist at a clinic noted Kodama’s “hibakusha” medical certificate in a loud voice, and a patient sitting next to her moved away.

The fear of death, prejudice and discrimination continues, and nuclear weapons still exist.

“We don’t have much time left. … I want to tell our story to the younger generations when I still can,” Kodama said. “If someone wants to hear my story, I will go anywhere and talk.”