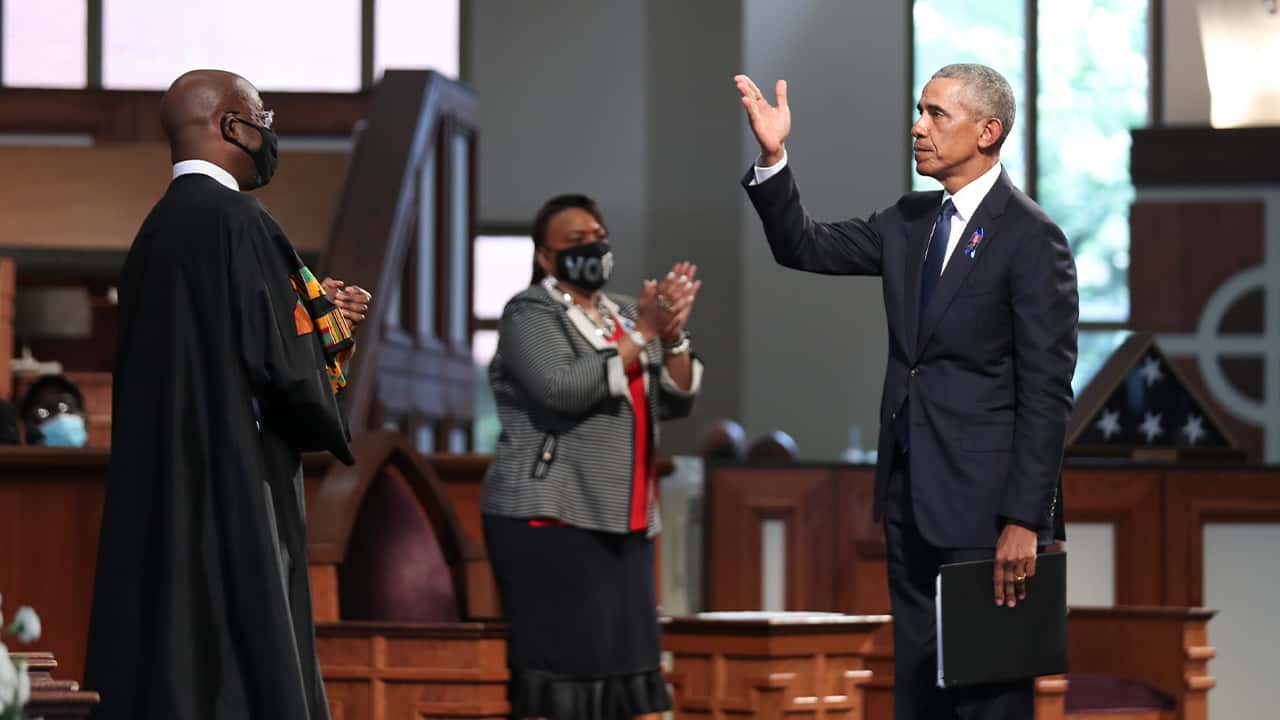 ATLANTA — Former President Barack Obama used Rep. John Lewis’ funeral on Thursday to issue a stark warning that the voting rights and equal opportunity the late civil rights icon championed are threatened heading into the 2020 election.
Speaking from the pulpit of the church that Martin Luther King Jr. once led, Obama did not mention President Donald Trump. But the first Black president drew unmistakable contrasts with his successor, and he implicitly lambasted how Trump has handled voting procedures and ongoing civil unrest amid a national reckoning over systemic racism. 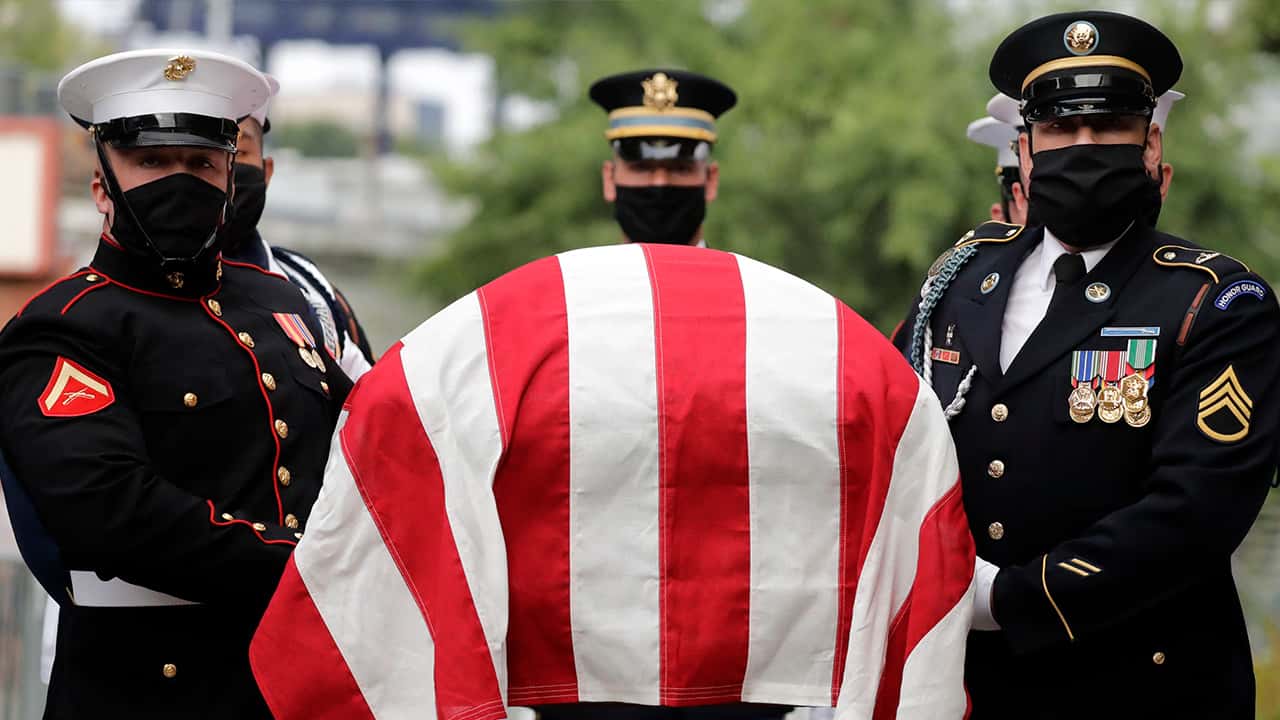 A military honor guard moved the casket of Rep. John Lewis into Ebenezer Baptist Church for his funeral, Thursday, July 30, 2020, in Atlanta. Lewis, who carried the struggle against racial discrimination from Southern battlegrounds of the 1960s to the halls of Congress, died Friday, July 17, 2020. (AP Photo/Brynn Anderson)

Obama noted that the original Voting Rights Act of 1965 and its renewals drew Republican and Democratic votes in Congress and were signed by presidents from both parties. Obama singled out former President George W. Bush, a Republican, who also spoke Thursday at Ebenezer Baptist Church near downtown Atlanta.
Still, Obama said, “There are those in power doing their darnedest to discourage people from voting by closing polling locations and targeting minorities and students with restrictive ID laws … even undermining the Postal Service in an election that’s going to be dependent on mail-in ballots.”
Hours before Lewis’ funeral, Trump suggested delaying the November election, something he doesn’t have the authority to do. Trump has falsely claimed that a surge of mail ballots because of the coronavirus pandemic will threaten the election’s legitimacy. Trump has opposed moves in Congress to help the financially struggling U.S. Postal Service handle the sharp uptick in mail voting.
Obama compared current national circumstances to the earlier civil rights era when Lewis helped lead the Student Nonviolent Coordinating Committee and became an understudy to King.
“Bull Connor may be gone, but today we witness with our own eyes police officers kneeling on the necks of Black Americans,” Obama said, alluding to the May 25 killing of George Floyd by a white Minneapolis police officer. “George Wallace may be gone, but we can witness our federal government sending agents to use tear gas and batons against peaceful demonstrators.”
Connor was the Birmingham, Alabama, police commissioner who ordered the use of police dogs and fire hoses against civil rights demonstrators. Wallace, the four-term governor of Lewis’ native Alabama, built his political career on a defense of segregation and overt appeals to white grievances, and it was his state highway patrol who beat Lewis and others as they marched for voting rights in 1965.
Trump, like Wallace in his multiple presidential bids, is campaigning as a “law and order” figure. The president frames protesters who have gathered across the country since Floyd’s killing as anarchists who threaten the nation’s stability, especially in suburbs, and he’s dispatched federal authorities to some cities over the objections of local authorities.

Obama Awarded Lewis the Medal of Freedom in 2011

Lewis, who died July 17 at the age of 80, was one of the original Freedom Riders, activists who challenged segregation on commercial bus lines in the Deep South during the early 1960s. He was the youngest speaker at the 1963 March on Washington, where King delivered his “I Have a Dream” speech. Bloody Sunday and the voting rights marches occurred two years later, months before President Lyndon Johnson signing the Voting Rights Act.