Pilgrims Pray on Peak Day of Hajj in Shadow of Coronavirus 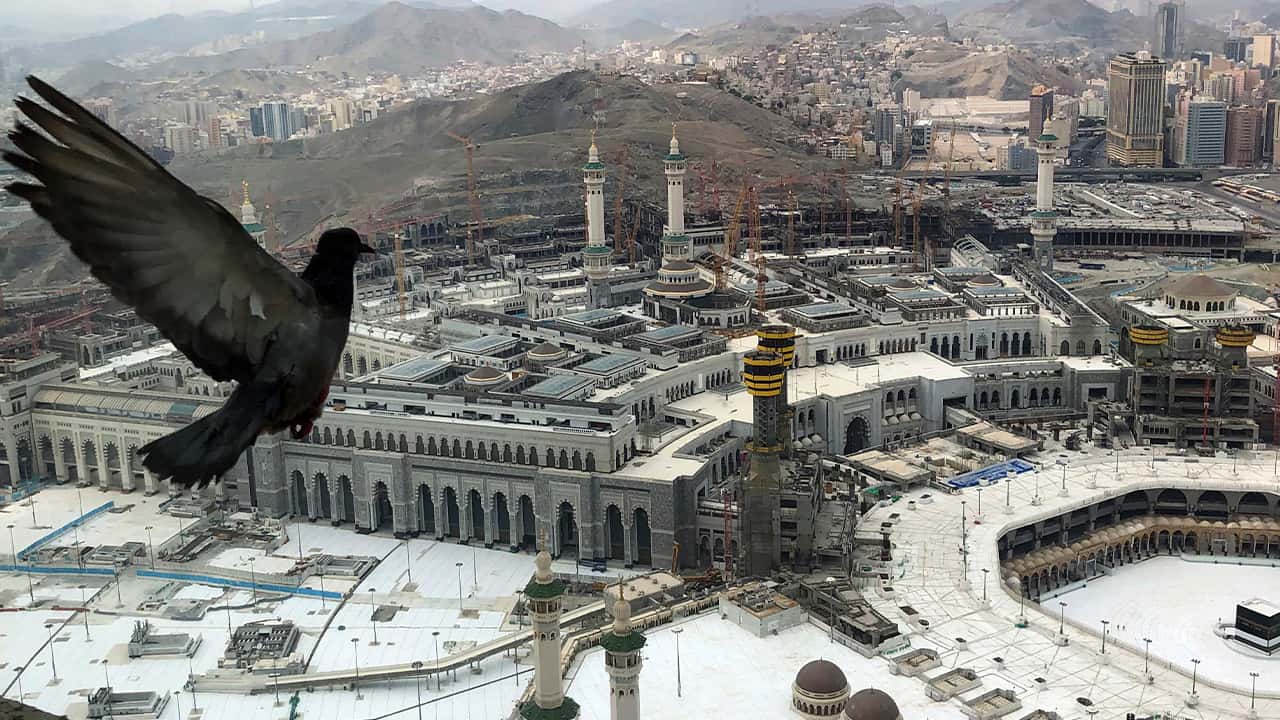 DUBAI, United Arab Emirates — Masked pilgrims arrived Thursday at Mount Arafat, a desert hill near Islam’s holiest site, to pray and repent on the most important day of the hajj, the annual pilgrimage in Mecca in Saudi Arabia.
The global coronavirus pandemic has cast a shadow over every aspect of this year’s pilgrimage, which last year drew 2.5 million Muslims from across the world to Mount Arafat, where the Prophet Muhammad delivered his final sermon nearly 1,400 years ago.
Only a very limited number of pilgrims were allowed to take part in the hajj amid numerous restrictions to limit the potential spread of the coronavirus. The Saudi government has not released a final figure on the number of hajj pilgrims this year, but has said anywhere from 1,000 to 10,000 would be taking part. All of this year’s pilgrims are either residents or citizens of Saudi Arabia.
In past years, a sea of pilgrims dressed in white terrycloth garments would start to gather at Mount Arafat, or hill of mercy as it’s known, before dawn and remain there until nightfall, spending the day in deep contemplation and worship. It is common to see pilgrims with tears streaming down their faces, their hands raised in worship on the slopes of the rocky hill where the Prophet Muhammad called for equality and unity among Muslims.
The sliver of pilgrims performing the hajj this year arrived at Mount Arafat before noon by bus on Thursday. They are traveling in small groups of 20, following strict guidelines around social distancing, have undergone tests for the COVID-19 disease and were in quarantine before the hajj.
Kehinde Qasim Yusuf, an Australian biomedical engineer who teaches at a university in Medina, was among the few selected to take part in the hajj after submitting an application online. He normally travels during the summer back to Australia to see his children, but due to travel restrictions he remained in the kingdom and decided to make the most of his time by applying for the hajj.
“Honestly, I just applied and stayed optimistic. I feel so fortunate to be selected since there’s no guarantee,” Yusuf said as he arrived in the Arafat area. 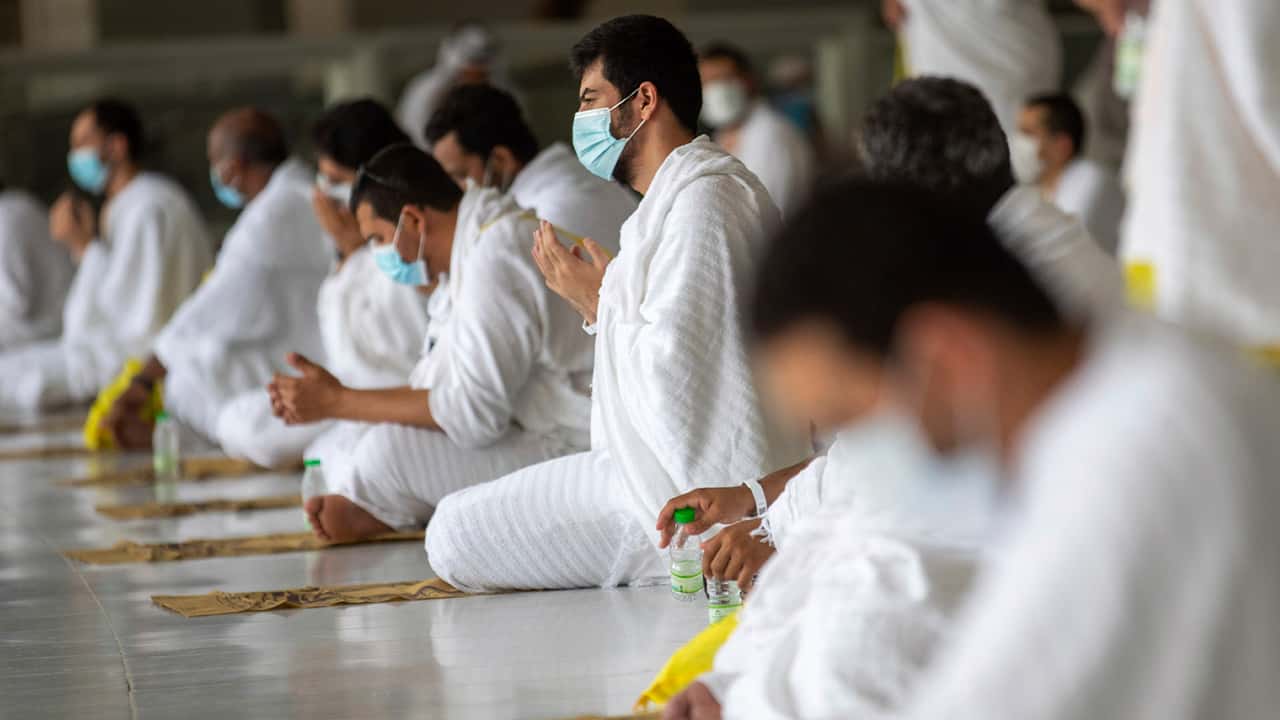 In this photo released by the Saudi Media Ministry, a limited numbers of pilgrims pray in the first rituals of the hajj, as they keep social distancing to limit exposure and the potential transmission of the coronavirus, at the Grand Mosque in the Muslim holy city of Mecca, Saudi Arabia, Wednesday, July 29, 2020. A unique and scaled-down hajj started on Wednesday. (Saudi Media Ministry via AP)

Pilgrims Are Not Allowed to Stand Shoulder to Shoulder

Like other pilgrims who’ve spoken with The Associated Press, Yusuf said the pilgrimage has been “well-planned and well-organized” by the Saudi government, which has covered all expenses for travel, accommodation, meals and health care for pilgrims on this hajj.
Although he isn’t facing massive crowds and traffic along hajj routes, Yusuf said this year’s hajj isn’t without its own challenges of being in self-isolation and separated from loved ones.
“This year’s hajj also comes with huge sacrifice, as well, on the mental side,” he said.
Unlike in past years, pilgrims are not allowed to stand shoulder to shoulder with other Muslims from around the world, all considered equal in Islam before God, seeking mercy, blessings, good health, bounty and healing. Pilgrims are wearing wristbands provided by the Saudi Health Ministry that are connected to their phones and monitor their movements to ensure physical distancing.
International media were not allowed to cover the hajj from Mecca as was customary in past years. Instead, state-run Saudi TV has carried a live broadcast of some parts of the hajj, including Thursday’s arrival of pilgrims to Namira Mosque in Arafat where a sermon will be delivered.
After spending the day in prayer on Mount Arafat, pilgrims will head toward an area called Muzdalifa, about 5.5 miles (9 kilometers) west of Mount Arafat.
In Muzdalifa, pilgrims rest and traditionally pick up pebbles that will be used for a symbolic stoning of the devil and casting away of evil. This year, however, the pebbles have been prepackaged and sterilized.
The final ritual takes place over three to four days in Mina, an area about 12 miles (20 kilometers) east of Mecca. The final days of hajj coincide with Eid al-Adha, or the festival of sacrifice, celebrated by Muslims worldwide.

#Central4Kids to Link Students on Distance Learning with ‘Caring’ Adult

Can the Coronavirus Spread Through the Air?