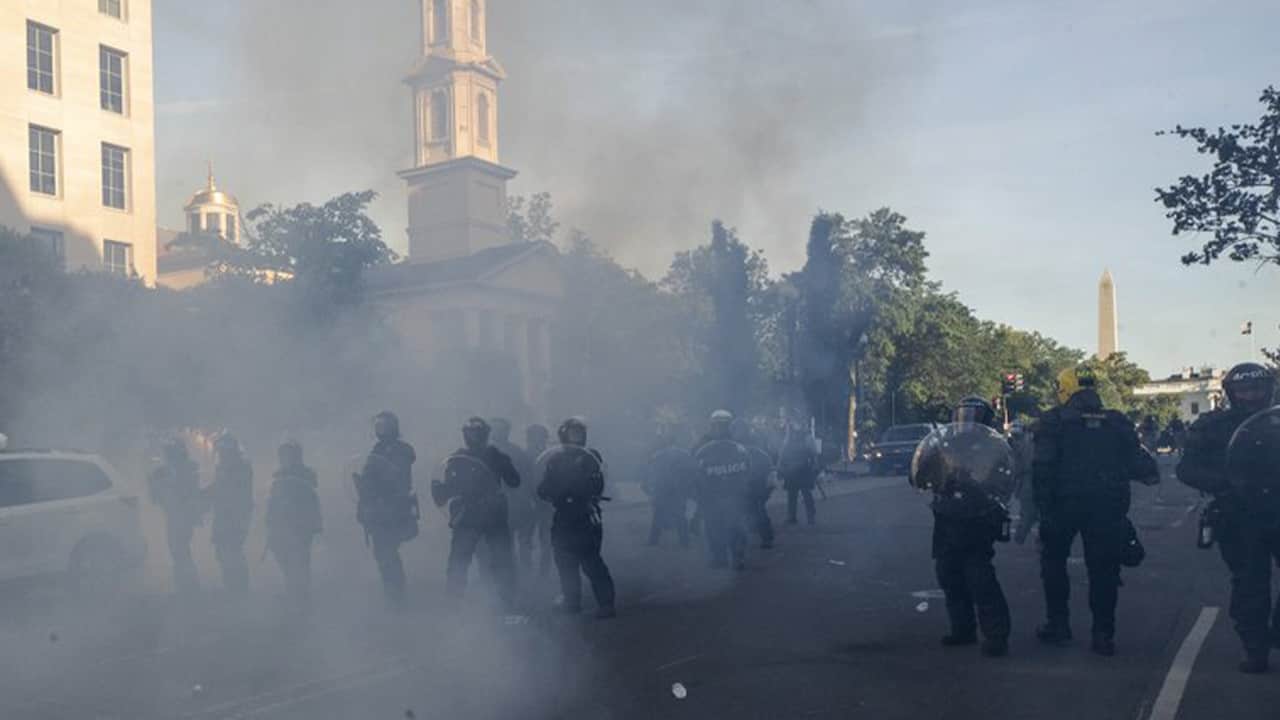 The U.S. Park Police and Secret Service violently routed protesters from Lafayette Square last month without apparent provocation or adequate warning, immediately after Attorney General William Barr spoke with Park Police leaders, according to an Army National Guard officer who was there.

Videos and the accounts of journalists and protesters who were present that night depict the crowd as largely peaceful before the rout. Democratic lawmakers have challenged the administration to provide evidence of any crowd violence warranting the sudden use of brute force to drive out protesters.
“On the whole, the United States Park Police acted with tremendous restraint in the face of severe violence from a large group of bad actors who caused 50 of my officers to seek medical attention,” Monahan writes. “Our actions as an agency on June 1 centered around public safety and the safety of my officers.
Monahan and the Trump administration also cite plans to build a fence to block protesters from the square as another factor leading authorities to clear the area.
The administration has previously denied that law enforcement and security forces cleared the square to make way for Trump’s appearance before news cameras. Trump thrust a Bible in the air in front of St. John’s Church in a show of authority against protesters, blamed for starting a small fire in a basement at the church on a previous day.
DeMarco says the rout started shortly after Barr and Gen. Mark Milley, chairman of the Joint Chiefs of Staff, appeared in the square, where Barr appeared to confer with Park Police leaders, he says.
“From what I could observe, the demonstrators were behaving peacefully,” when Park Police, the Secret Service and other, unidentified forces turned on the crowd, DeMarco wrote in his testimony.
The legally required warnings to demonstrators before clearing the square shortly after were “barely audible” from his position 20 yards (18 meters) away, DeMarco said. Protesters were gathered still farther away, and gave no sign of hearing the warnings, he said.
Park Police and other officers then began suddenly routing the crowd without warning to National Guard forces present, DeMarco said.
A Park Police liaison officer told DeMarco that his forces were only using “stage smoke,” not tear gas, against the crowd. DeMarco said the stinging to his nose and eyes appeared to be tear gas, however, and said he found spent tear gas canisters in the street later that evening.

The Park Police, a force of a few hundred officers nationwide, oversees a handful of the nation’s most iconic federal lands and monuments.