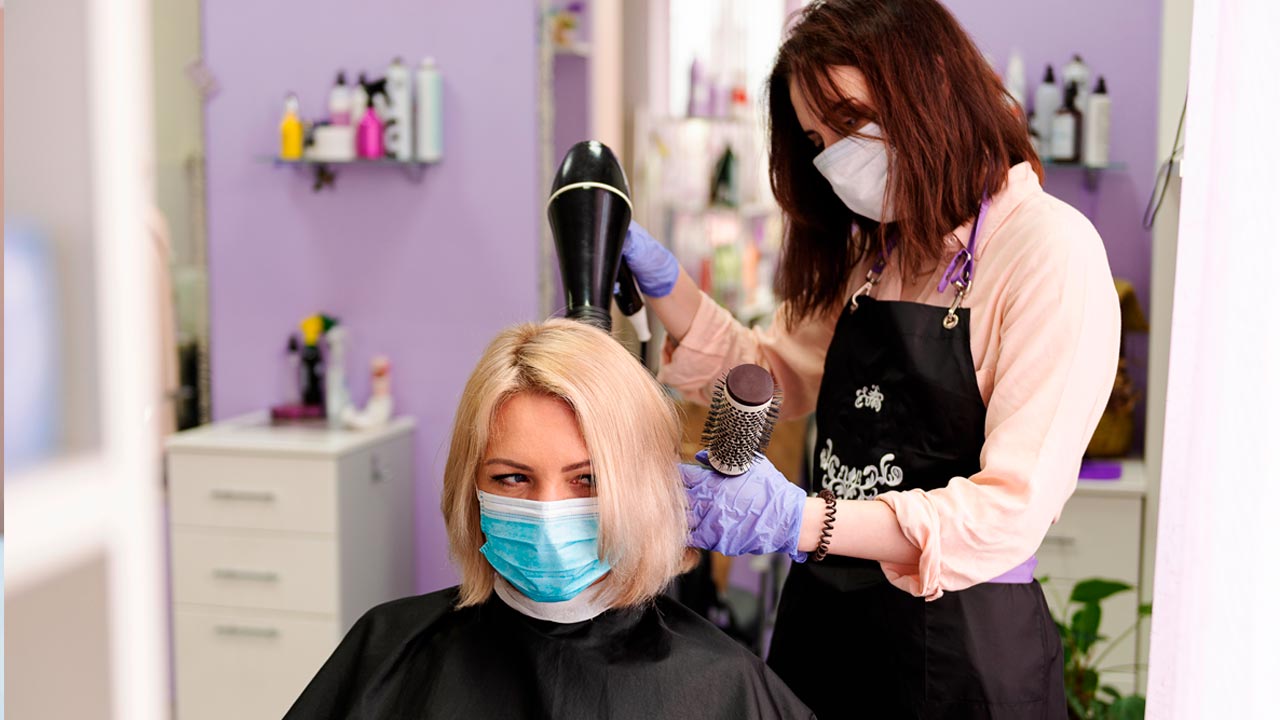 SACRAMENTO — California hair and nail salons may provide services outdoors under new rules announced Monday that aim to provide a lifeline for personal care services decimated by the state’s shutdown orders but an industry organization says the changes give little help to many owners.
The announcement came as Gov. Gavin Newsom reported that infections, hospitalizations and intensive care cases continued increasing but at a slower rate after the state scaled back reopening earlier this month.

Businesses Face Challenge of Finding the Space to Operate

Fred Jones, attorney for the Professional Beauty Federation of California, said that while some barbershops and beauty salons are ready to reopen outdoors, many of the federation’s 53,000 members will have trouble finding appropriate space or getting accommodations from their landlords, insurers or neighbors.

“This is another example of the utter confusion that we’re seeing.” — Assemblyman Jim Patterson (R-Fresno)
“How would you like to be outside dining and you’re next to one of these tents and you have hair flying into your hamburger?” Jones said.
The new rules come a week after Newsom closed bars and indoor restaurant dining statewide, and imposed other closures on inside businesses for much of the state. Restaurants may service patrons outdoors.
Hair and nail salon owners joined by at least 16 state lawmakers of both political parties had called on the governor to make it clear that the shops could operate outside, warning that a complete shutdown could put many out of business.
“This is another example of the utter confusion that we’re seeing,” said Republican Assemblyman Jim Patterson of Fresno, who organized one of the bipartisan efforts. He called the revised rules ”a Band-Aid approach” that nonetheless will allow some shops to reopen.
Jones said operators spent thousands of dollars on personal protective gear, shields separating customers and other indoor precautions. Newsom had allowed indoor service to resume in mid-June but when virus cases spiked following the Memorial Day and Fourth of July holidays, the businesses were closed again.
“The idea that (operating outdoors) is safer than our indoor facilities is not only a joke, but a slap in our professional faces,” he said.
Meanwhile, on Monday California’s governing body for high school sports said the 2020-21 athletic seasons will begin no earlier than December. Last Friday, Newsom announced rules for reopening schools that will have most K-12 students resuming distance learning at home at the start of the new year.

The California Interscholastic Federation said the normal fall, winter and spring sports seasons will be condensed into two seasons. The federation set time frames for most playoffs and championships. Football, for example, will complete its playoffs and championships by mid-April. Actual regular season and playoff schedules will be set separately.

Related Topics:coronavirushair salons
Up Next

Could ‘Angel Investors’ Buy a Piece of Friant-Kern Canal?