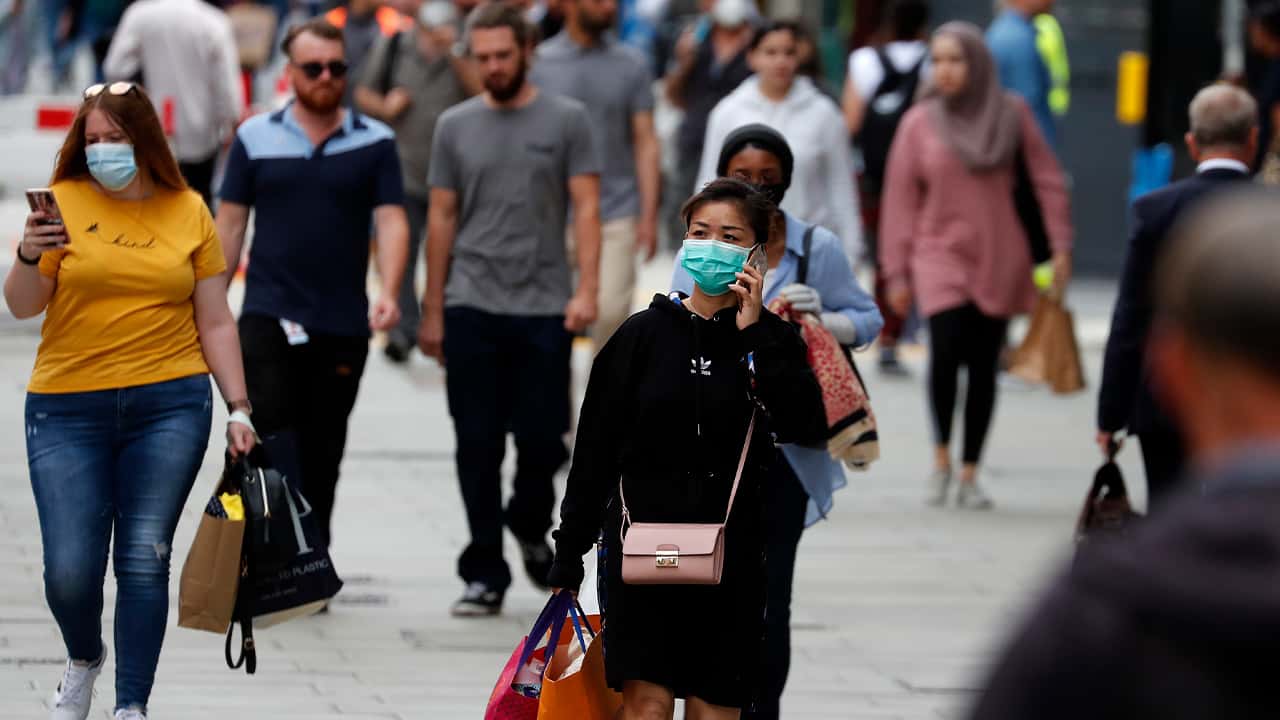 LONDON — Britain and France moved Tuesday to make face coverings compulsory in more places as both countries try to get their economies going while at the same time seeking to prevent further coronavirus outbreaks.

The New Requirement Only Applies to England

People in England already have to wear face coverings on public transport and in hospital settings.
Anyone not wearing a face covering in the additional environments outlined by the government could be fined 100 pounds ($125,) and shops can refuse entry to anyone failing to comply. Children under 11 and those with certain disabilities will be exempt.
The new requirement only applies to England. The other nations of the U.K. — Scotland, Wales and Northern Ireland — can determine their own public health policies, and Scotland already requires masks in shops.
Hancock stressed that wearing a face covering complements other accepted strategies aimed at keeping a lid on the pandemic, such as washing hands and abiding by social distancing rules.
“We cannot let our progress today lead to complacency tomorrow,” he said.
British Prime Minister Boris Johnson, who in April spent a week in the hospital being treated for COVID-19, began wearing a bright blue mask in public last week. The change in policy followed.
In an interview with French television networks marking Bastille Day, France’s Macron said “the best prevention” against the virus is masks, social distancing and hand washing.
Recent rave parties in France and widespread backsliding on social distancing — even within Macron’s presidential palace and other government facilities — have raised concern lately, so the government has been weighing tougher mask guidance.

“We have signs that (the virus) is picking up a bit,” Macron said, noting that France’s virus reproduction rate is inching past 1 again, meaning each infected person is infecting at least one other.
British authorities are hoping the public will comply with the new requirement. London Mayor Sadiq Khan told the BBC he believed that “Londoners by and large will follow the rules,” without too much need for the police.
“The problem is not the issue of enforcement, the problem is the mixed messages and the confused communications,” Khan said.
British Environment Secretary George Eustice also did not rule out the possibility that mandatory face coverings would become compulsory in offices and other workplaces in the future. He told the BBC that the government was taking “one step at a time and we’ve taken the view in this next step that we should make it mandatory in retail environments.”
A growing body of evidence suggests wearing face coverings brings some benefit in preventing the spread of the virus.
“Lack of strong evidence of their effectiveness should not be considered a problem but the evidence is accumulating that they have a part to play in reducing transmission and also in protecting the wearer,” said Keith Neal, an epidemiologist at the University of Nottingham.

Masks for Kids? Schools Confront the Politics of Reopening