Look Out, Mars: Here We Come With a Fleet of Spacecraft 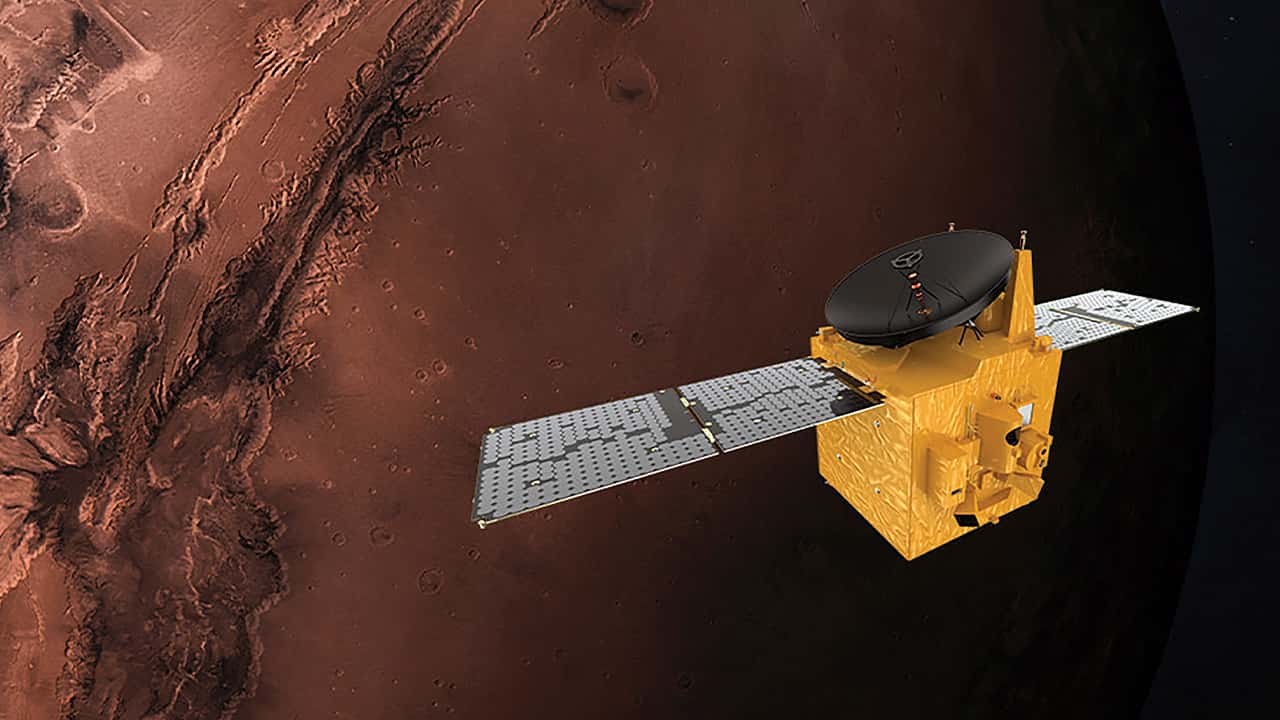 CAPE CANAVERAL, Fla. — Mars is about to be invaded by planet Earth — big time.
Three countries — the United States, China and the United Arab Emirates — are sending unmanned spacecraft to the red planet in quick succession beginning this week, in the most sweeping effort yet to seek signs of ancient microscopic life while scouting out the place for future astronauts. 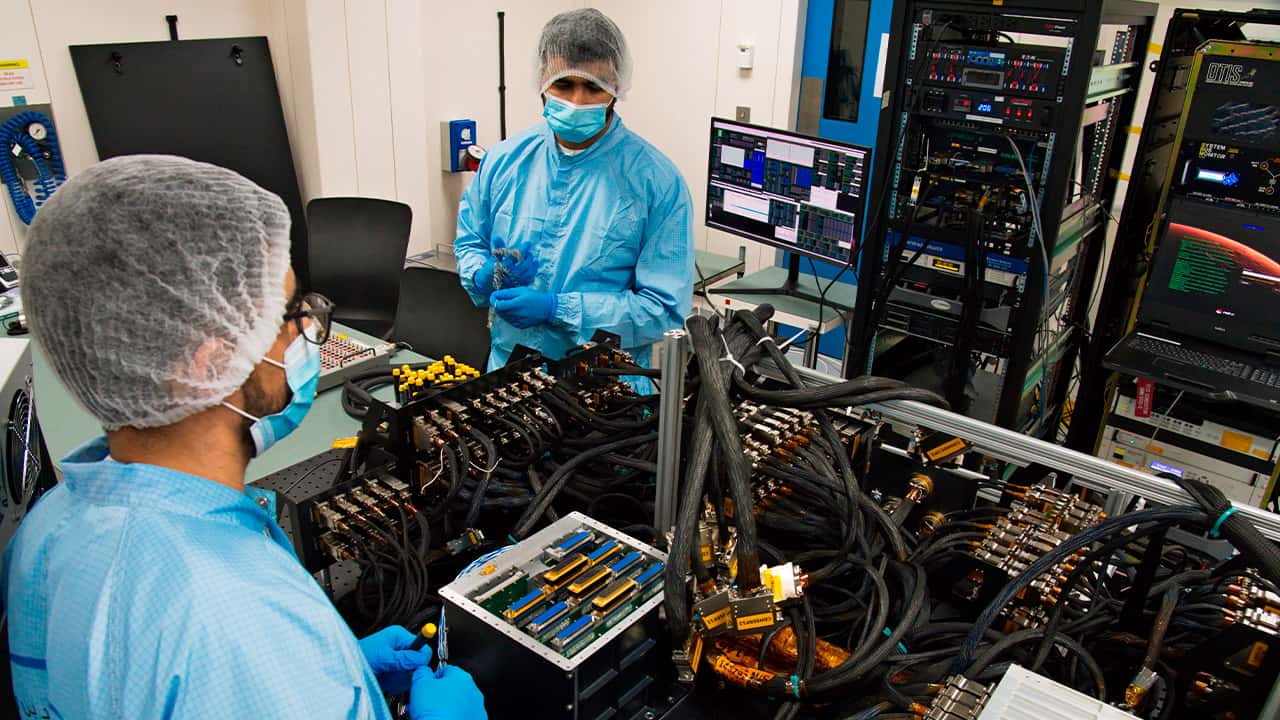 Mahmood al-Nasser, left, and Mohammad Nasser al-Emadi, center, test the Emirates Mars Mission probe’s “flat sat” at the Mohammed bin Rashid Space Center in Dubai, United Arab Emirates on Thursday, June 25, 2020. The spacecraft, named Amal, which is Arabic for Hope, is an orbiter scheduled to launch from Japan in July 2020, on what will be the Arab world’s first interplanetary mission. It is scheduled to arrive at Mars in 2021, the year the UAE marks the 50th anniversary of its founding. (AP Photo/Jon Gambrell)

NASA, Meanwhile, Is Shooting for a Launch on July 30 From Cape Canaveral

The United Arab Emirates and China are looking to join the elite club.
The UAE spacecraft, named Amal, which is Arabic for Hope, is an orbiter scheduled to rocket away from Japan on Wednesday, local time, on what will be the Arab world’s first interplanetary mission. The spacecraft, built in partnership with the University of Colorado Boulder, will arrive at Mars in the year the UAE marks the 50th anniversary of its founding.
“The UAE wanted to send a very strong message to the Arab youth,” project manager Omran Sharaf said. “The message here is that if the UAE can reach Mars in less than 50 years, then you can do much more. … The nice thing about space, it sets the standards really high.”
Controlled from Dubai, the celestial weather station will strive for an exceptionally high Martian orbit of 13,670 miles by 27,340 miles (22,000 kilometers by 44,000 kilometers) to study the upper atmosphere and monitor climate change.
China will be up next, with the flight of a rover and an orbiter sometime around July 23; Chinese officials aren’t divulging much. The mission is named Tianwen, or Questions for Heaven.
NASA, meanwhile, is shooting for a launch on July 30 from Cape Canaveral.
Perseverance is set to touch down in an ancient river delta and lake known as Jezero Crater, not quite as big as Florida’s Lake Okeechobee. China’s much smaller rover will aim for an easier, flatter target.
To reach the surface, both spacecraft will have to plunge through Mars’ hazy red skies in what has been dubbed “seven minutes of terror” — the most difficult and riskiest part of putting spacecraft on the planet.
Jezero Crater is full of boulders, cliffs, sand dunes and depressions, any one of which could end Perseverance’s mission. Brand-new guidance and parachute-triggering technology will help steer the craft away from hazards. Ground controllers will be helpless, given the 10 minutes it takes radio transmissions to travel one-way between Earth and Mars.
Jezero Crater is worth the risks, according to scientists who chose it over 60 other potential sites.
Where there was water — and Jezero was apparently flush with it 3.5 billion years ago — there may have been life, though it was probably only simple microbial life, existing perhaps in a slimy film at the bottom of the crater. But those microbes may have left telltale marks in the sediment layers.

Perseverance will hunt for rocks containing such biological signatures, if they exist.
It will drill into the most promising rocks and store a half-kilogram of samples in dozens of titanium tubes that will eventually be fetched by another rover. To prevent Earth microbes from contaminating the samples, the tubes are super-sterilized, guaranteed germ-free by Adam Stelzner, chief engineer for the mission at NASA’s Jet Propulsion Laboratory in Pasadena.