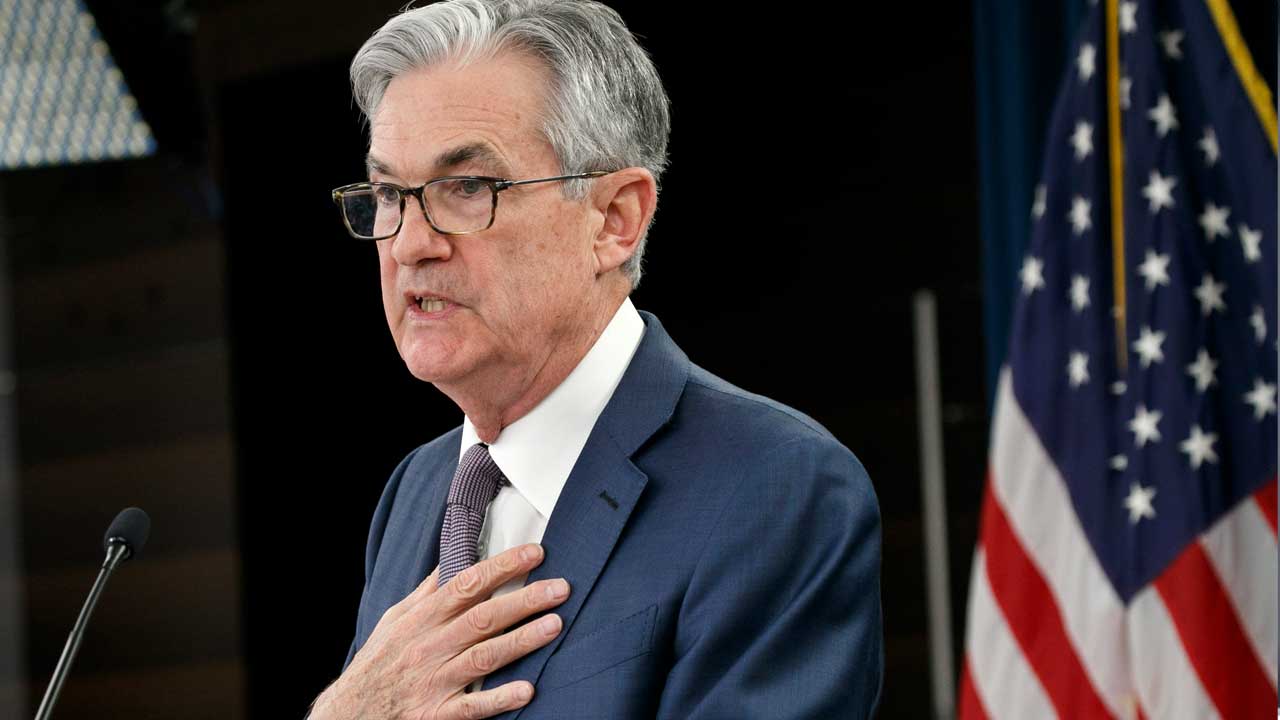 WASHINGTON — Federal Reserve Chairman Jerome Powell says the outlook for the U.S. economy is “extraordinarily uncertain” and the success of the recovery effort will depend in large part on the country’s ability to contain the spread of the coronavirus.
“A full recovery is unlikely until people are confident that it is safe to re-engage in a broad range of activities,” Powell says in testimony he is scheduled to deliver Tuesday in an appearance with Treasury Secretary Steven Mnuchin before the House Financial Services Committee.

In the testimony released Monday by the Fed, Powell repeats a pledge that the central bank will keep interest rates at their current ultra-low levels until it is sure the economy has weathered the pandemic crisis.
His comments come as parts of the country are experiencing a surge in coronavirus cases that have prompted governors to backtrack some of their steps to reopen their states’ economies.
Powell said the re-opening occurred sooner than expected, with hiring and consumer spending both picking up in May.
“While this bounceback in economic activity is welcome, it also presents new challenges, notably, the need to keep the virus in check,” Powell said.

Both Powell and Mnuchin were expected to face questions from lawmakers on topics including how much more support Congress will need to provide to bolster the economy.
That question has gained new urgency as the surge in cases in states including California, Texas and Florida have raised concerns about possible setbacks to efforts to rebound from the downturn that was brought on by measures to control the spread of the virus.
“The path forward for the economy is extraordinarily uncertain and will depend in large part on our success in containing the virus,” Powell says in the prepared remarks, stressing that a successful outcome will depend on policy actions taken by all levels of government.

GOP, Dems Split on Size of Next Financial Package

The Trump administration has indicated it would be willing to back further economic support on top of the nearly $3 trillion in support already approved. But Democrats and Republicans are split on the size of any new rescue package and what elements it should contain.
The Fed has slashed its key interest to near zero and pumped $2 trillion into purchases of Treasury securities and mortgage-backed securities plus providing additional support through 11 special programs to facilitate the functioning of credit markets for businesses and consumers and borrowing by state and local governments.
“We expect to maintain interest rates at this level until we are confident that the economy has weathered recent events and is on track to achieve our maximum employment and price-stability goals,” Powell said.