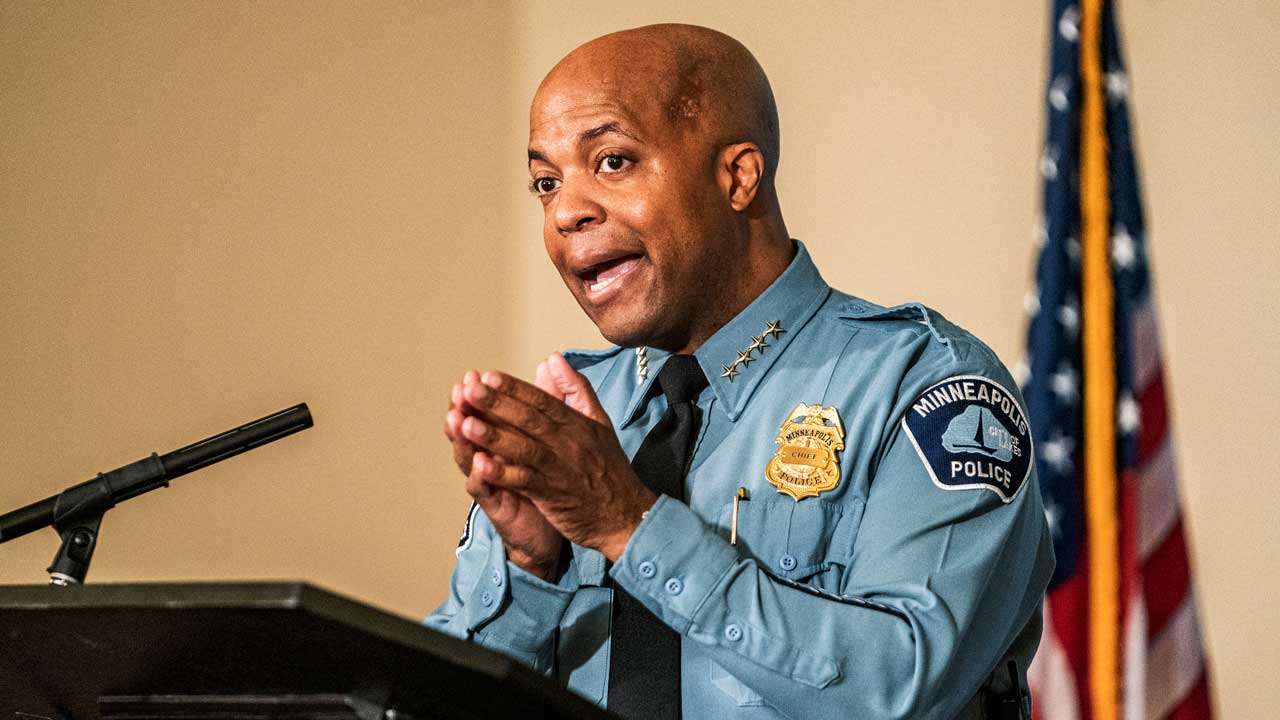 MINNEAPOLIS — The Minneapolis City Council on Friday unanimously advanced a proposal to change the city charter to allow the police department to be dismantled, following widespread criticism of law enforcement over the killing of George Floyd.
The 12-0 vote is just the first step in a process that faces significant bureaucratic obstacles to make the November ballot, where the city’s voters would have the final say. It came amid a spate of recent shootings in Minnesota’s largest city that have heightened many citizens’ concerns about talk of dismantling the department.
The proposed amendment, which would replace the police department with a new “Department of Community Safety and Violence Prevention” that has yet to be fully defined, next goes to a policy committee and to the city’s Charter Commission for a formal review, at which point citizens and city officials can also weigh in.
“I hope that the Charter Commission will recognize the moment that we are in and take our offer of support, however we can provide it, to expedite this process so that voters have a chance to have their voices heard on this important question and this important moment in our city’s history,” Council President Lisa Bender said before the vote.

The Minneapolis force has come under heavy pressure since Floyd, a Black man in handcuffs, died May 25 after a police officer pressed his knee on Floyd’s neck for nearly eight minutes. Activists have long accused the department of being unable to change a racist and brutal culture, and earlier this month, a majority of the council proclaimed support for dismantling the department.
Jeremiah Ellison, a member of the council, said at a news conference after the vote that the charter is one of three major barriers to “transformative public safety,” along with the city’s police union and the Minnesota Legislature. But the charter provision that requires the city to have and fund a police department commensurate with its population is the one thing that the city council has a say over, he said.
“It would be disingenuous for us to engage with the public about what a new public safety system could look like knowing full well that we can’t implement those things because of the charter provision,” Ellison said.
According to draft language posted online, the new department “will have responsibility for public safety services prioritizing a holistic, public health-oriented approach.”
The amendment goes on to say the director of the new agency would have “non-law-enforcement experience in community safety services, including but not limited to public health and/or restorative justice approaches.” It also provides for a division of licensed peace officers who would answer to the department’s director.

Council member Philipe Cunningham said they’re committed to a year-long community engagement process to determine how the new agency would work. “We are not starting from scratch. We are not stating with a completely blank slate,” he said, pointing to changes meant to prevent violence at other law enforcement agencies across the country.
Ten years from now, Council member Steve Fletcher predicted, everybody will be looking to emulate the Minneapolis model.
“The path that we’re going to chart will steal the best ideas from everywhere and combine them in away that is uniquely appropriate to our city,” he said.
But the board of the city’s police union, the Police Officers Federation of Minneapolis, said in a statement that it’s “irresponsible and a disservice to all Minneapolis residents to move forward without more clarity about what comes next. … Politicians are good at making promises, but not at following through on them, and voters should be wary of any promises that delivered by the City Council about how they will figure it out when and if the charter amendment passes.”

And a leading activist group, the Twin Cities Coalition for Justice for Jamar, said the amendment would leave power in the hands of the council and mayor’s office, which it said have already failed. The coalition instead supports putting the department under community control via a new elected civilian council with the power to hire, fire and prosecute officers.
Civil rights attorney Nekima Levy Armstrong, a sharp critic of the department, said the move is premature and counterproductive to building trust with the Black community amid the current uptick in crime.
“There are a lot of people in the African American community who are anxious, who are fearful, who are concerned about the irresponsibility of the Minneapolis City Council and the failure to articulate a clear plan of action on what to expect, and they want an opportunity to weigh in on that,” Armstrong said.
Council members who support the change wanted to seize on a groundswell of support for significant policing changes following Floyd’s death. If they don’t get the charter change on the November ballot, their next chance won’t come until November 2021, they say.
Barry Clegg, chairman of the Charter Commission, said that to get the proposed amendment question on the November ballot, it has to be finalized by Aug. 21. He said if the Charter Commission took its final action at its Aug. 5 meeting, there would likely be enough time for it to get passed by the full council, go through a veto period, and then, if vetoed, have time to spare for a possible mayoral veto override. Once on the ballot, the measure would go to voters.

Mayor Jacob Frey doesn’t support abolishing the department but does support deep structural changes, a stance that got him booed off the street by activists who demonstrated outside his house and demanded to know where he stood.
Frey expressed concerns about the draft amendment, including whether the change would eliminate police altogether or allow for a police presence going forward. He also said that when something currently goes wrong, the chief and the mayor are accountable — but under the new plan, accountability would be dispersed among 14 people. Frey questioned whether policing practices would vary, based on ward or other factors.
Don Blyly, whose beloved science fiction and mystery bookstores were destroyed by arson in the unrest that followed Floyd’s death, said if local leaders do something “sufficiently stupid” when it comes to policing, he won’t reopen in Minneapolis.
“There are legitimate problems with the Minneapolis police, but the way the politicians are going about it is just ridiculous,” Blyly said. “They are pandering to a certain segment of the electorate.”

One More Day of Blistering Heat Before Fresno Cools Off