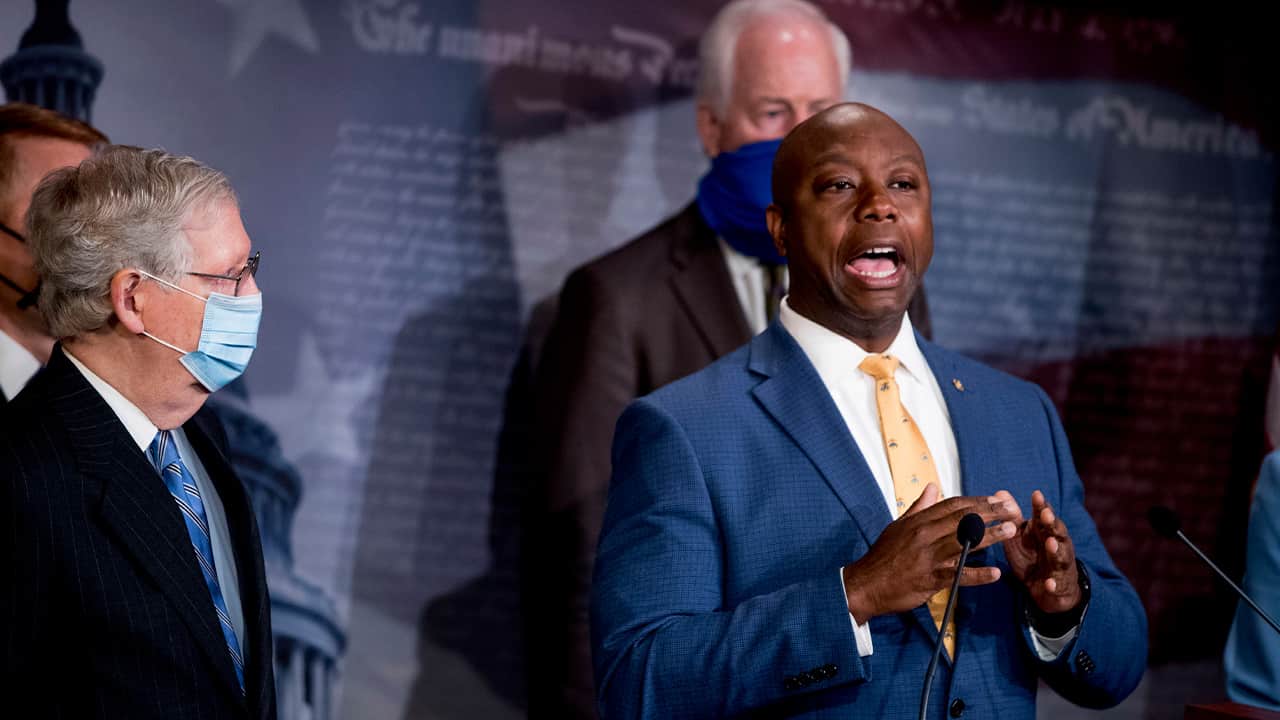 WASHINGTON — Senate Republicans unveiled proposed changes to police procedures and accountability Wednesday including an enhanced use-of-force database, restrictions on chokeholds and new commissions to study law enforcement and race, according to a draft obtained by The Associated Press.
The “Justice Act” is the most ambitious GOP policing proposal in years, a direct response to the massive public protests over the death of George Floyd and other black Americans.

Focusing on ending chokeholds, the legislation encourages agencies to do away with the practice or risk losing federal funds. Many big city departments have long stopped the use. The legislation also provides funding for training to “de-escalate” situations and establish a “duty to intervene” protocol to prevent excessive force.
The GOP effort seeks to reach across the aisle to Democrats in several ways. It includes one long-sought bill to make lynching a federal hate crime and another to launch a study of the social status of black men and boys that has been touted by House Speaker Nancy Pelosi.
McConnell on Wednesday challenged Democrats in the Senate not to block consideration next week, but to allow the debate to begin.
The Republican package — dubbed the “Just and Unifying Solutions To Invigorate Communities Everywhere Act of 2020” — also includes a bipartisan Senate proposal to establish a National Criminal Justice Commission Act and extends funding streams for various federal law enforcement programs, including the COPS program important to states.
The package includes a mix of other proposals, including tapping the Smithsonian’s National Museum of African American History and Culture to create a law enforcement training curriculum on “the history of racism in the United States.” Another closes a loophole to prohibit federal law enforcement officers from engaging in sexual acts with those being arrested or in custody.
Expenditures for the bill would be considered on an emergency basis, so as not to count against federal deficits.
The GOP proposal comes amid a crush of activity from Washington as President Donald Trump announced executive actions Tuesday to create a database of police misconduct.
At a Rose Garden event, he declared himself “committed to working with Congress on additional measures.”
The Senate could vote as soon as next week.

Voices of Protest, Crying for Change, Ring Across US, Beyond