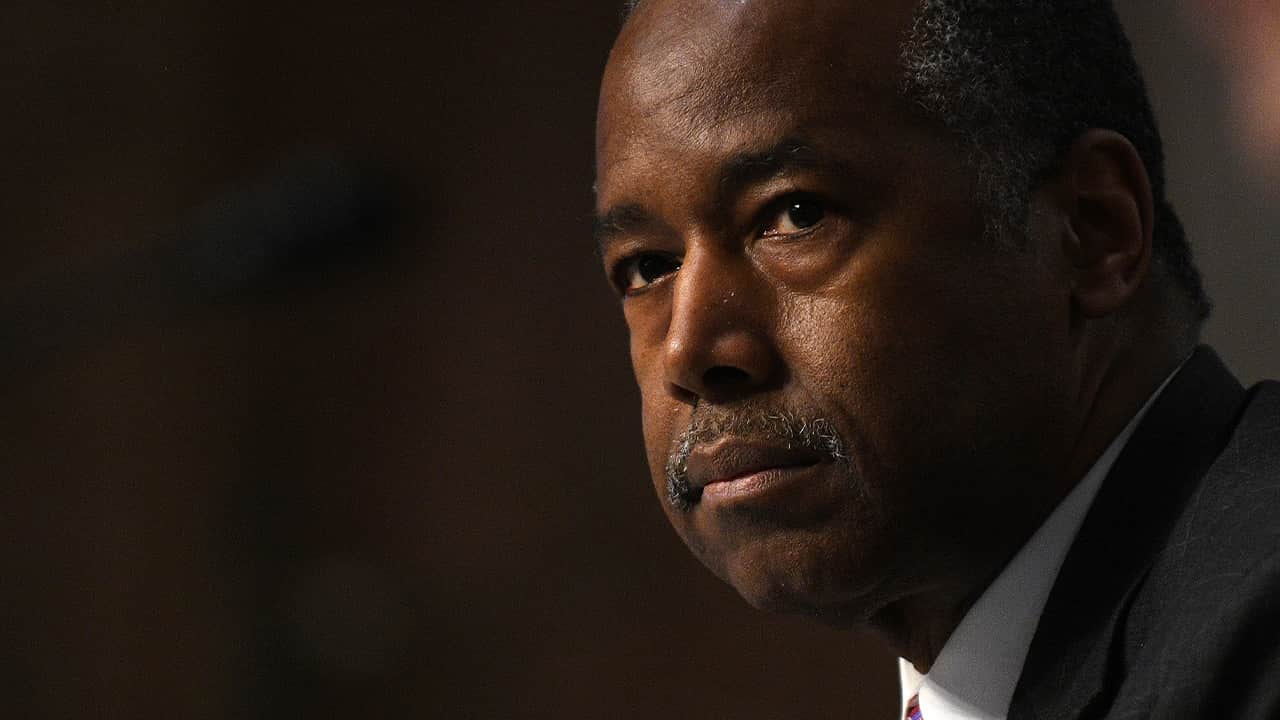 WASHINGTON — The lone African American member of President Donald Trump’s Cabinet said Monday he would work with the president on the issue of athletes taking a knee during the national anthem, though Trump has shown no signs of softening, tweeting over the weekend that he would not watch soccer or football if players don’t stand for the national anthem.
Housing and Urban Development Secretary Ben Carson said he believes that most players are kneeling to protest police brutality, not because they disrespect the flag. He added that players need to make that clear.
When asked on the Hugh Hewitt Show if he might persuade the president not to be upset with players kneeling during the anthem, Carson replied: “Well, I don’t think he has manifested as much animosity in that region lately. And I think we just continue to work with him. He’ll get there.”
HUD officials said Carson was not available to elaborate further. However, they pointed out that the show’s transcript dropped an important word in Carson’s comments — in which the secretary said he would work “with” Trump on the issue, rather than “work” the president. An Associated Press reporter who listened to the audio confirmed that Carson’s response included the “with.”
Carson’s take runs contrary to Trump’s tweeting over the weekend. He retweeted Republican Reps. Jim Jordan or Ohio and Matt Gaetz of Florida taking issue with the U.S. Soccer Board of Directors voting to repeal the policy that required players to stand during the national anthem. 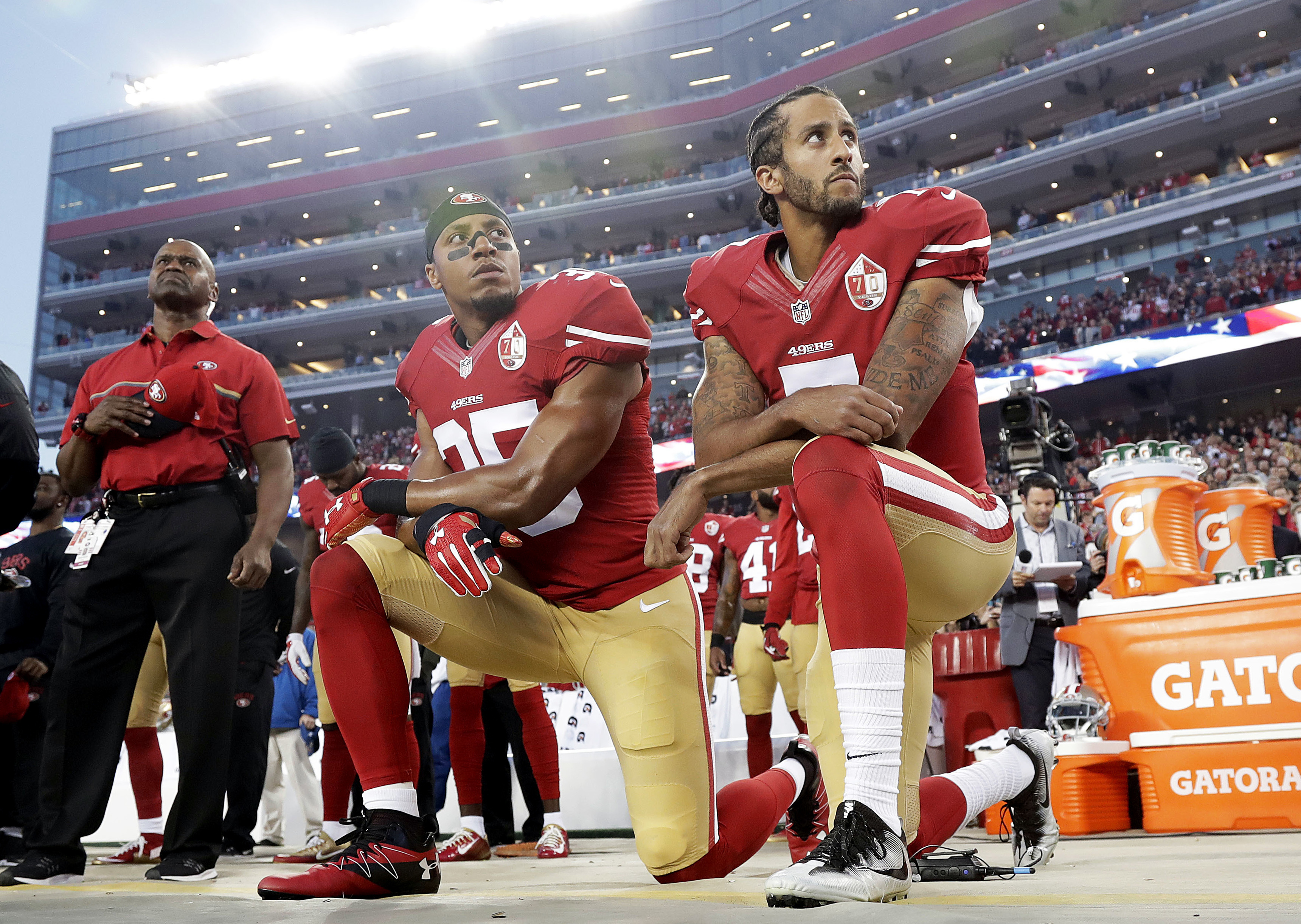 FILE – In this Monday, Sept. 12, 2016, file photo, San Francisco 49ers safety Eric Reid (35) and quarterback Colin Kaepernick (7) kneel during the national anthem before an NFL football game against the Los Angeles Rams in Santa Clara, Calif. NFL owners have approved a new policy aimed at addressing the firestorm over national anthem protests, permitting players to stay in the locker room during the “The Star-Spangled Banner” but requiring them to stand if they come to the field. The decision was announced Wednesday, May 23, 2018, by NFL Commissioner Roger Goodell during the league’s spring meeting in Atlanta. (AP Photo/Marcio Jose Sanchez, File)

“It has become clear that this policy was wrong and detracted from the important message of Black Lives Matter,” the directors said.
Jordan said, “Let me get this straight, UNITED STATES Soccer won’t stand for the UNITED STATES National Anthem.” In retweeting Jordan, Trump said “And it looks like the NFL is heading in that direction also, but not with me watching!”
There has been renewed interest in the kneeling issue following the death of George Floyd while in police custody. Former San Francisco 49ers quarterback Colin Kaepernick sparked the issue four years ago when he refused to stand during the national anthem because of his views on the country’s treatment of racial minorities. Kaepernick has not played since that season as no team has been willing to sign him.
Trump has returned to the topic frequently over the years as he considers it politically beneficial, saying at one point that those players who don’t stand for the national anthem should be fired.

Poll: Black Americans Most Likely to Know a COVID-19 Victim