Ag Giants Boswell, Vidovich Sling Mud at Each Other 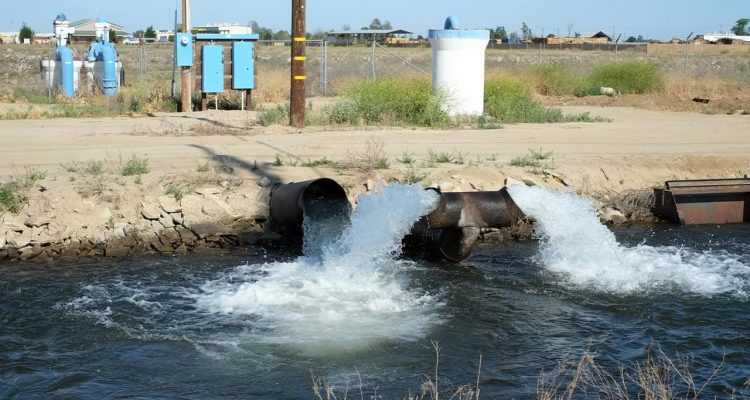 Two giant Central Valley farming companies are slinging serious mud at one another over groundwater.

And, in a rare break with tradition, they’re doing it in public.

The fight has spilled out in public comments on the Tulare Lake Subbasin Groundwater Sustainability Plan, which covers most of Kings County.

The titans behind the comments are J.G. Boswell Company and Sandridge Partners, owned by John Vidovich.

Comments from the Boswell camp got downright personal, calling out Vidovich by name and all but accusing him of hiding groundwater usage by moving it through pipes outside the area.

Vidovich, meanwhile, is accusing Boswell-backed groundwater agencies of dragging their feet on pumping reductions to the point their actions could sink the small, rural town of Corcoran up to another 11 feet.

The comments don’t come from Boswell and Vidovich themselves, of course, but from the groundwater sustainability agencies each farming operation essentially controls.

The Boswell comments are in a letter sent from the El Rico GSA, while Vidovich’s concerns are outlined in a letter from the Southwest Kings GSA.

Both GSAs, along with three others in the Tulare Lake subbasin, submitted a single joint groundwater plan.

Groundwater agencies up and down the San Joaquin Valley had to file plans with the Department of Water Resources earlier this year showing how they will bring the area’s seriously depleted aquifers into balance by 2040 per the Sustainable Groundwater Management Act.

Those plans were posted online and the public comment period recently closed. DWR staffers now have two years to decide if the plans come up to snuff or not.

Vidovich dismissed the Boswell letter as “throwing rocks” to distract from the larger issue — over-pumping.

There’s nothing hidden about how Sandridge moves water, he said.

How Much Water Does Sandridge Move?

Not according to Jeoff Wyrick, Chairman of the El Rico GSA, the largest GSA in the Tulare Lake Subbasin.

Wyrick writes that “it is believed” Sandridge uses a canal/pipeline system to move groundwater from the Tule and Westside subbasins south and west for use in the Southwest Kings GSA as well as lands in the Kern Subbasin.

“We further understand that Mr. Vidovich has caused both surface and pumped groundwater to be physically moved via pipeline and canals from and to lands controlled by him, thereby crossing boundaries of counties, GSA’s, water districts, subbasins, defined places of use, and perhaps areas that are otherwise regulated.”

His letter states that if all the groundwater being pumped out of the Tulare Lake subbasin isn’t fully accounted for, that could harm other GSAs in the subbasin.

He asks DWR to demand a full accounting of how much water Sandridge moves, where it comes from and where it ends up.

“There is some uncertainty by El Rico GSA with regard to this request because of the hidden nature of Sandridge’s operations. Litigation is pending with respect to some of the suspected transfers, but not all.”

Sandridge is being sued by the Kings River Water Association, which claims it is moving river water outside its rightful “place of use.”

“We further understand that Mr. Vidovich has caused both surface and pumped groundwater to be physically moved via pipeline and canals from and to lands controlled by him, thereby crossing boundaries of counties, GSA’s, water districts, subbasins, defined places of use, and perhaps areas that are otherwise regulated.” — Jeoff Wyrick, chairman of the El Rico GSA

It’s unclear, though, if that’s the litigation Wyrick is referring to as he did not return numerous phone calls and emails from SJV Water seeking comment.

For his part, Vidovich said the issue isn’t about water transfers, it’s about over-pumping.

The comment letter from the Southwest Kings GSA, which Vidovich said he wrote the draft for, notes that subsidence from over pumping has been a large and ongoing problem in the Tulare Lake subbasin and the plan submitted to the state simply doesn’t do enough to stem that downward trajectory.

“The land in and around the city of Corcoran has been subsiding for many years,” the Southwest Kings GSA comment letter states. 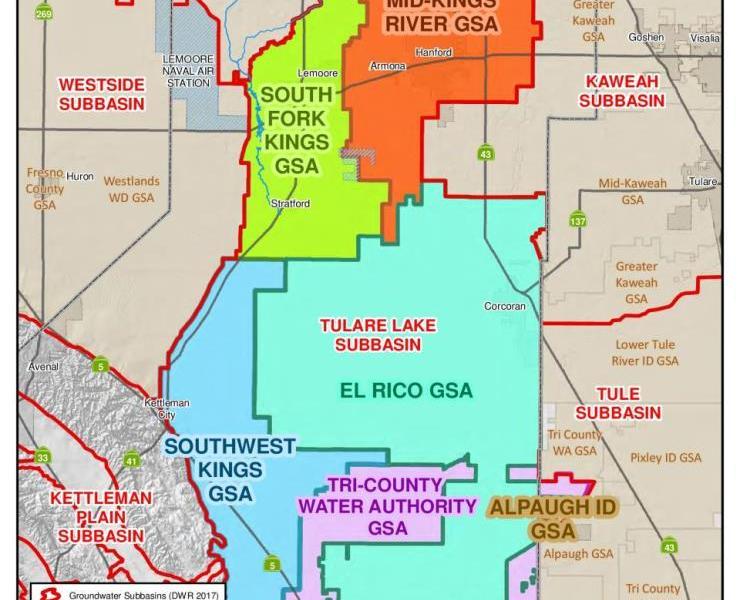 “What we do not agree with is the assessment … that the (plan) is managing subsidence effectively. Clearly, much more can be done to slow down this undesirable result.”

Both letters, and one submitted by the Angiola Water District, also controlled by Vidovich, stop short of asking DWR to find the plan inadequate.

That could trigger intervention by the State Water Resources Control Board, SGMA’s enforcement arm.

In a previous story about the Tulare Lake Subbasin groundwater plan, SJV Water noted that it included only vague outlines for how it planned to manage the area’s overdraft and most pumping reduction plans wouldn’t kick in until 2035, five years before SGMA’s deadline.

In that story, Wyrick commented that a major shortcoming of all the GSAs within the area is a lack of information.

“Until you know who’s pumping how much, it’s hard to make a plan,” he said in February.

Click here to read all the comment letters on groundwater sustainability plans submitted to the Department of Water Resources.

Poll: Americans Are the Unhappiest They've Been in 50 Years