A chilling visual from protests in our nation’s capital was the sight, captured by journalist Martha Raddatz, of what looked like a military occupation of the Lincoln Memorial, with Americans protesting police killings of African-Americans prevented from accessing the hallowed ground of the memorial. 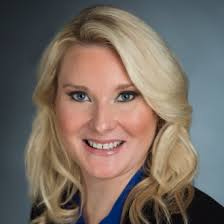 The fact that it is a monument to the president who was re-elected during a civil war over the enslavement of African-Americans, and used that mandate to push the 13th Amendment, which ended chattel slavery, is painful symbolism. Lincoln saw the amendment as a “king’s cure” for slavery, ensuring the Constitution itself enshrined emancipation (rather than allowing it to progress state-by-state). But what is the cure for a sitting president who seems to think he has king-like powers, apparently intent on using them to compound our nation’s ills rather than heal them?

President Trump has claimed that he has “an Article II, where I have the right to do whatever I want as president.” Trump has boasted that, “When somebody’s the president of the United States, the authority is total.” We have seen, in crisis after crisis, Trump is abusing his supposed authority, veering from mismanagement to brutality and back again to incompetence and a failure of moral leadership.

The nation has borne witness, and convulsed in response, to the killing of George Floyd, in which a Minneapolis police officer was charged with murder. Rather than confront the systemic racism that has resulted in the killing of one African- American after another at the hands of police, however, Trump has fanned the flames of discord. Rather than address the horrifying effects of racism practiced by local law enforcement for generations, Trump finds political solace in stoking racism among an extremist segment of his supporters. The same president who found “very fine people on both sides” of a white nationalist demonstration in Charlottesville, Virginia, that included a self-described Nazi who murdered an anti-Nazi protester, has now echoed racist policing from the 1960s — crowing that “when the looting starts, the shooting starts,” and harming peaceful protesters outside the White House, violating their First Amendment rights, for a photo op.

As Ever, Lincoln Still Challenges Our Nation

This catastrophe of national leadership, and precisely how it is unfolding before our eyes, has tremendous consequences not just for the life-and-death struggles many of us are facing right now, but also for the presidency itself and how the American people view the office in our constitutional order. A president who claims power but fails to use it for the benefit of the country risks diminishing the office for generations, if not permanently. Ironically, this was perhaps seen most clearly when Trump recently turned the Lincoln Memorial into a television backdrop.

Apparently oblivious to the contrast, White House handlers allowed Lincoln’s statue to tower over Trump, who looked like a Lilliputian at the foot of the Great Emancipator. Meanwhile, Trump’s deceptions squeaked between the melodies of two majestic, immortal expressions of American constitutional values: the Gettysburg Address engraved on the wall behind Trump, and Lincoln’s second inaugural engraved on the wall in front of him.

As ever, Lincoln still challenges our nation to hold “malice toward none; with charity for all; with firmness in the right, as God gives us to see the right,” and “to bind up the nation’s wounds. …”

America’s greatest president, one who claimed immense power in his time to save our country, sat silently and stone-faced atop the TV cameras during that interview. Just weeks later, the shadow of Lincoln fell on heavily armed law enforcement occupying his memorial in a show of force meant to intimidate protesters for equality.

As ever, Lincoln still challenges our nation to hold “malice toward none; with charity for all; with firmness in the right, as God gives us to see the right,” and “to bind up the nation’s wounds. …”

Lincoln’s Challenge Then, Is Left to the Ultimate Constitutional Authorities

America’s current president was, and remains, deaf to this challenge, unable to hear over the sound of his own voice, unable to use the immense power he claims to help anyone but himself. It is hard to bind the nation’s wounds when you refuse to acknowledge the pain. And it is difficult for many Americans to hold anything but sadness and anger in their hearts when the deaths of so many people of color, whether from a virus or police brutality, are met with breathtaking indifference from the very person who should be using the powers of the U.S. government to protect them.

Lincoln’s challenge then, is left to the ultimate constitutional authorities, “We the People,” to elect leaders who will be guided by our constitutional values of equality and justice, to enact urgently needed reform, to preserve and establish accountability and oversight, to reject systems that oppress rather than uplift — in other words, “to do all which may achieve and cherish a just, and a lasting peace, among ourselves.”

Elizabeth Wydra is president of Constitutional Accountability Center, a public interest law firm and think tank dedicated to promoting the promise of the Constitution’s text, history and values. She wrote this for InsideSources.com.