Merced and Clovis cracked the list of 10 fastest-growing cities in California, according to May data from the state Department of  Finance. 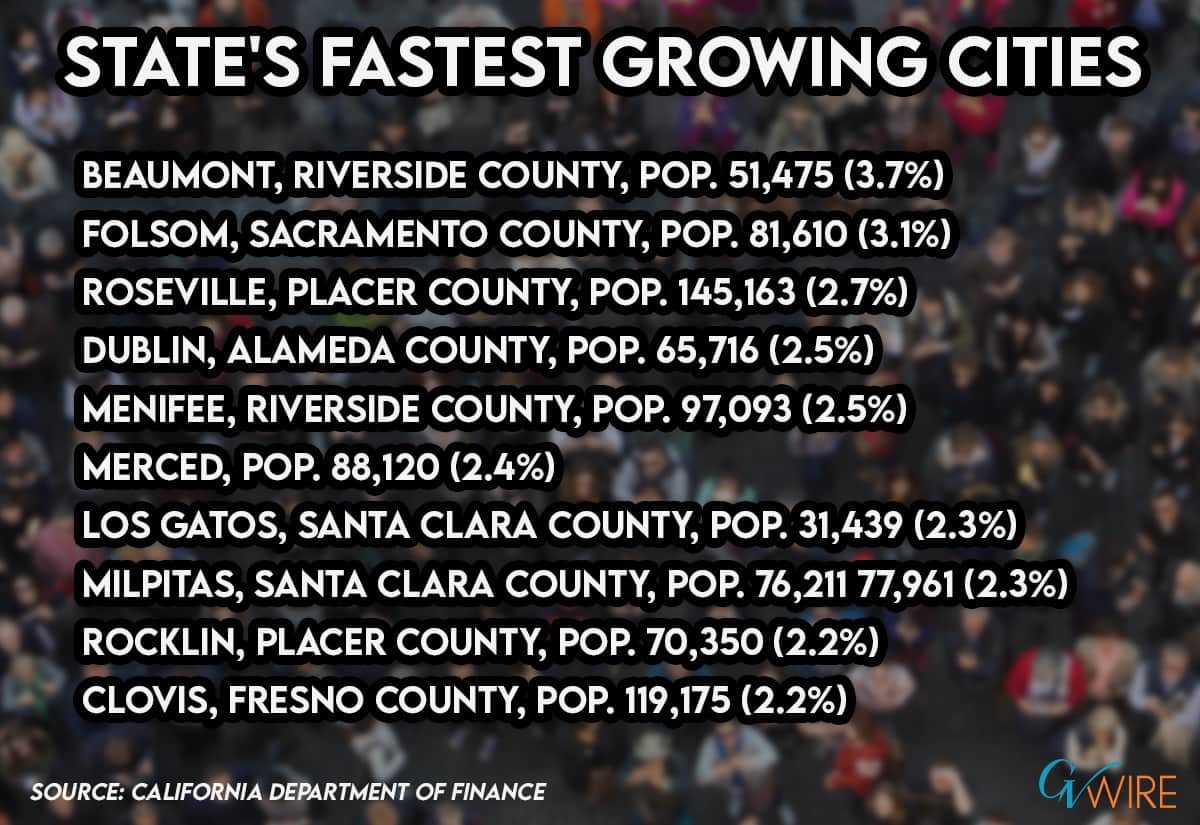 The 10 fastest growing cities in California for 2019. (GV Wire/Alexis DeSha)

Three Sacramento suburbs — Folsom, Rocklin, and Roseville — made the Top 10. And, Sacramento itself grew 1.1% to 510,931 residents and remained California’s sixth-biggest city. 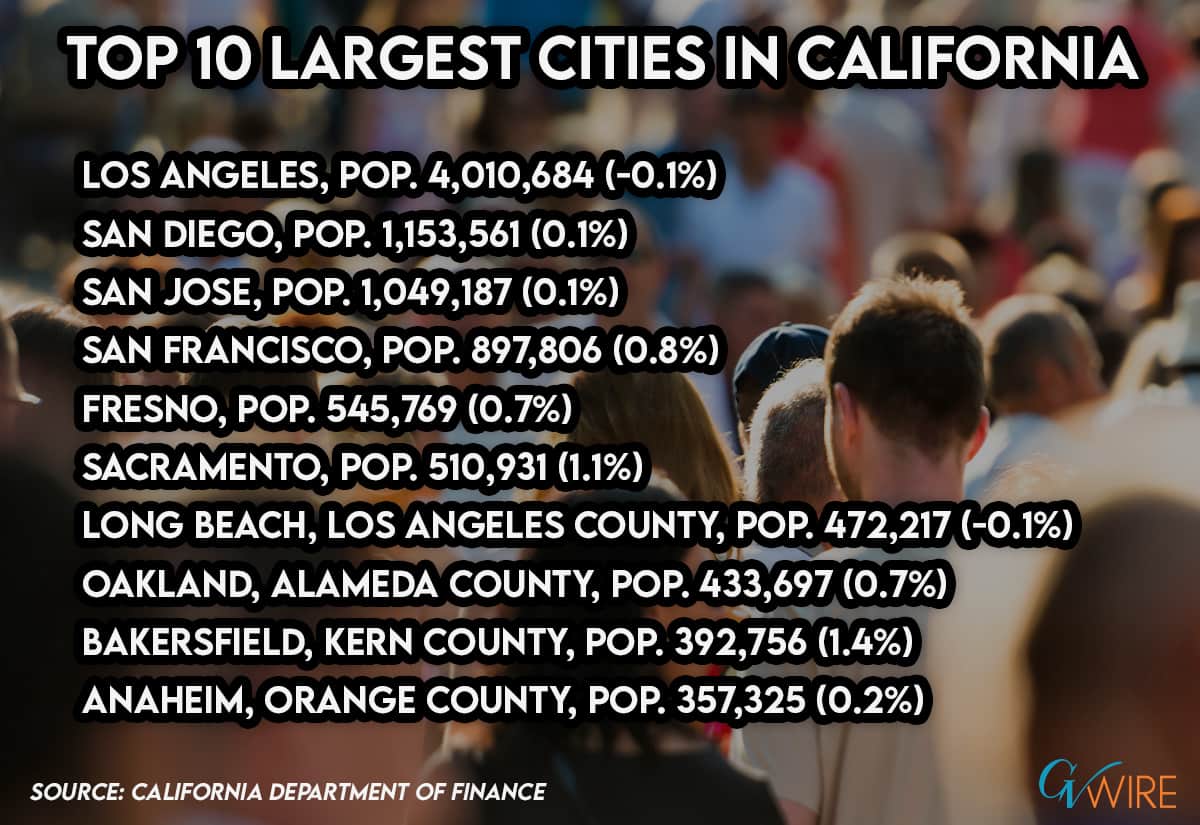