Black Officers Are Torn Between Two Worlds Amid Protests 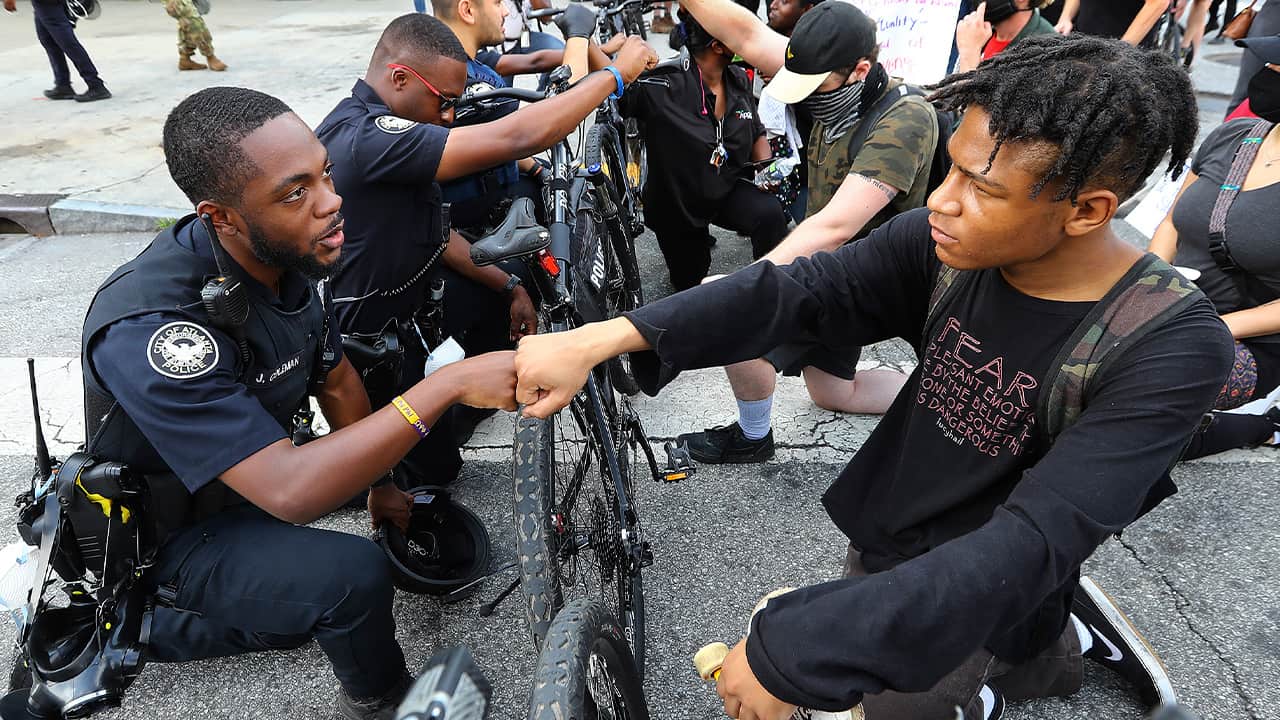 OKLAHOMA CITY — Black police officers find themselves torn between two worlds: They feel the pain of seeing yet another black man killed at the hands of fellow officers, yet they must also try to keep the peace during angry protests fueled by that death.

Police Work in the U.S. Has Been Challenging for Blacks Since the Beginning

“Let’s speak truths: In America, it is clear that the humanity of black people appears invisible to law enforcement,” it said in a statement. “What other explanation would there be for (Minneapolis Police Officer Derek) Chauvin to lean on the neck of a handcuffed black man until he dies?”
The group cited recent images of armed white men converging on the Michigan Capitol to protest stay-at-home orders intended to curb spread of the coronavirus.
“Armed white men are allowed to stand on the steps of government buildings and protest that their liberty is being stepped on, unchallenged by law enforcement. But too often, when unarmed black citizens are alleged to have committed minor violations, freedom is no longer at play, and the door opens for death at the very hands of those who should be protecting and serving,” the organization said.
Police work in the U.S. has been challenging for black officers since the beginning.
In 1965, sheriff’s deputies O’Neal Moore and David Creed Rogers were ambushed in Varnado, Louisiana, while investigating a brush fire. Moore was killed, and Rogers was blinded in his right eye. According to Justice Department files on the attack, the two had been on the job for one year and were the first black deputies in the department. Their hiring infuriated the Ku Klux Klan.
Mike Render, a member of the popular rap duo Run The Jewels and known as Killer Mike, spoke tearfully during a news conference last week in Atlanta about his love for family members in law enforcement. His father was a police officer, as are two cousins.
He recalled that the first eight black officers on the Atlanta department, who joined the force nearly a century ago, had to get dressed at a YMCA because their fellow white officers did not want to be in the same locker room with them.
“I’m mad as hell,” he said. “I woke up wanting to see the world burn yesterday, because I’m tired of seeing black men die. He compared Floyd’s death under the officer’s knee to that of a zebra “in the clutch of a lion’s jaw.”
Some have sought to bridge the divide between demonstrators and fellow officers. In Florida, Fort Lauderdale officer Krystle Smith was lauded after a video went viral of her chasing and reprimanding a fellow officer after he pushed a protester to the ground who was already kneeling.

Officer Jasmine Nivens spoke with a group of protesters in Charlotte, North Carolina, to ease tensions. She told them that she could not defend the officers in Minneapolis. But when she’s on the job, she does her best to hold her fellow officers accountable and has told some of them to “ease up.”