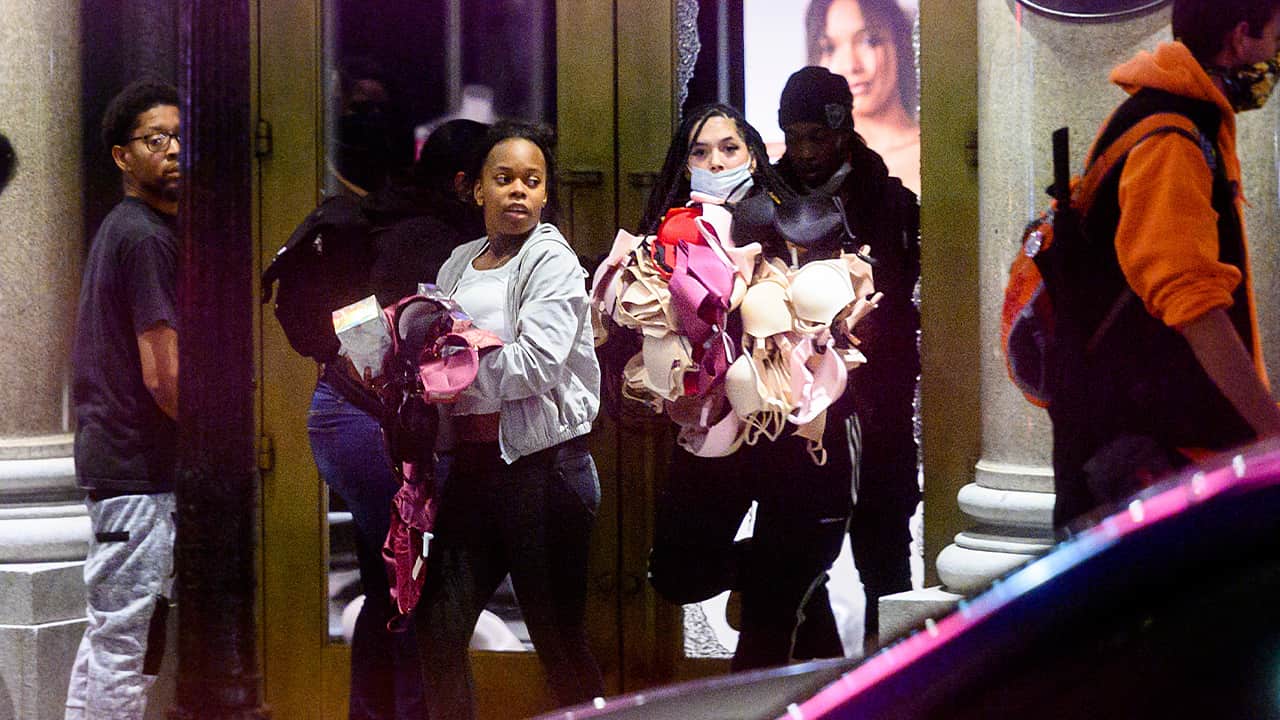 OAKLAND — Police in a small San Francisco Bay Area community were about to help authorities in neighboring Oakland keep the peace during a protest when a more pressing crisis hit home: groups of thieves were pillaging malls, setting fire to a Walmart and storming a car dealership. 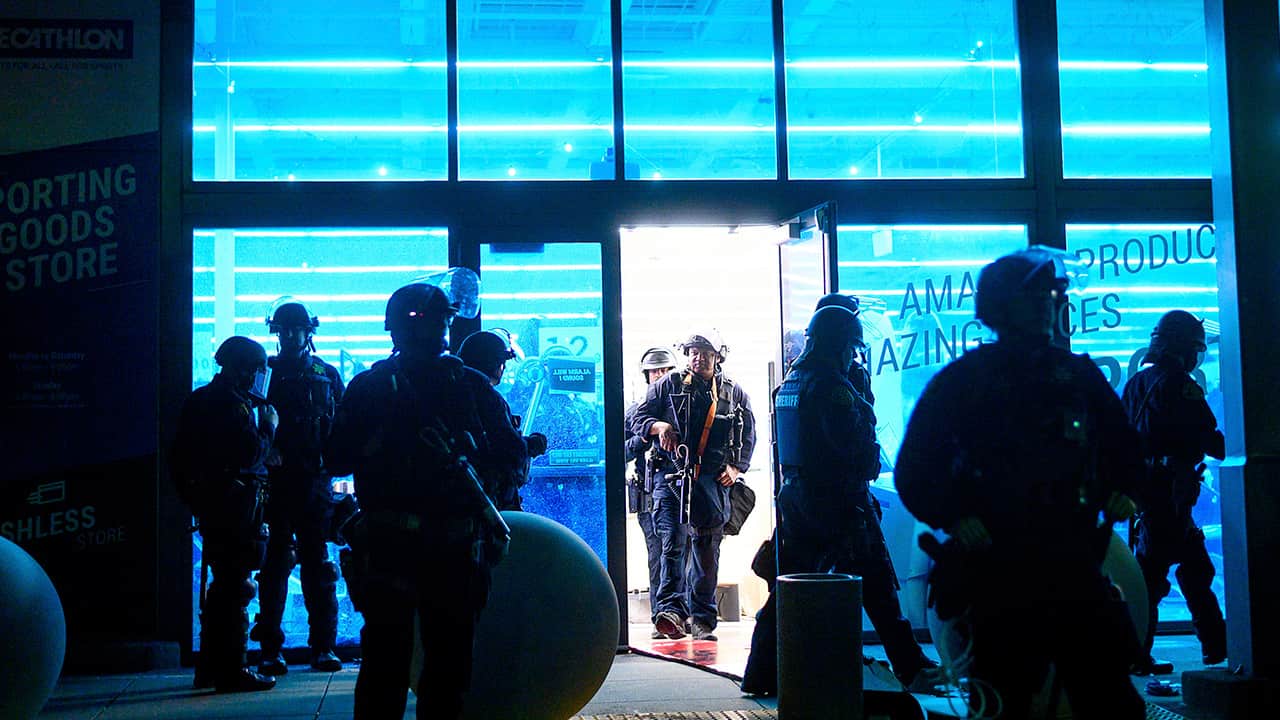 FILE – In this May 30, 2020, file photo, police officers leave a vandalized Decathlon sporting goods store in Emeryville, Calif. Police say many of the smash-and-grab thefts have been carried out by caravans of well-coordinated criminals that have coincided with or followed protests over the death of George Floyd, who was killed by a Minneapolis police officer who pressed his knee into Floyd’s neck. (AP Photo/Noah Berger, File)

In the San Francisco Bay Area, Tweets Warning of Looting and Rioting Turned out to Be False

People who stole during civil-rights protests in the 1960s, he said, tended to be individuals who saw crimes of opportunity as demonstrations spun out of control. By contrast, many of the break-ins that have happened the last week appear to be meticulously planned and coordinated, he said.
One of the first of these crimes unfolded Saturday in Emeryville, a tiny city of retail shopping centers next to Oakland, when a crowd showed up and broke into stores after an Instagram post said they would “hit” the Target and “break every stores” (sic).
“This wasn’t the mafia and organized crime, but this wasn’t individuals acting alone,” said Mayor Christian Patz. “There definitely was some organization.”
In New York, Gov. Andrew Cuomo said this week that some people stealing from stores were using encrypted messaging to communicate and posted lookouts to warn if police were coming.
In the Southern California city of Long Beach, groups of thieves hit store after store Sunday as marchers demonstrated nearby. Mayor Robert Garcia said they went “from protest to protest” so they had cover to steal.
Police in Los Angeles, which had widespread burglaries for several days, said the crimes didn’t occur until a third night of protests and shifted from thieves on foot to those in cars able to haul more off.
The arrival of more than 1,000 National Guard troops in Los Angeles County to provide security freed up officers to more aggressively try to stop crimes. Sheriff Alex Villanueva said his department was able to thwart “a very significant operation to sack” a large outlet mall in the nearby City of Commerce. Dozens were arrested.
“They were there for only one purpose and that was to loot,” he said.
In the San Francisco Bay Area, tweets warning of looting and rioting turned out to be false, though they led some businesses to close and may have been attempts to divert police elsewhere. Richmond police tweeted that a bogus rumor on social media of an officer being shot occurred around the time a pot shop was ransacked.

Groups of thieves struck a series of big box stores on Chicago’s South Side on Sunday while periodically calling 911 to falsely report that a mall several miles away was being ransacked, Alderman Ray Lopez said.
By the time police rushed to the mall to find no one there, the thieves had moved on to another large store — and phoned in additional false reports to again shake police off their trail.