Brees Says He 'Completely Missed the Mark' in Flag Comments 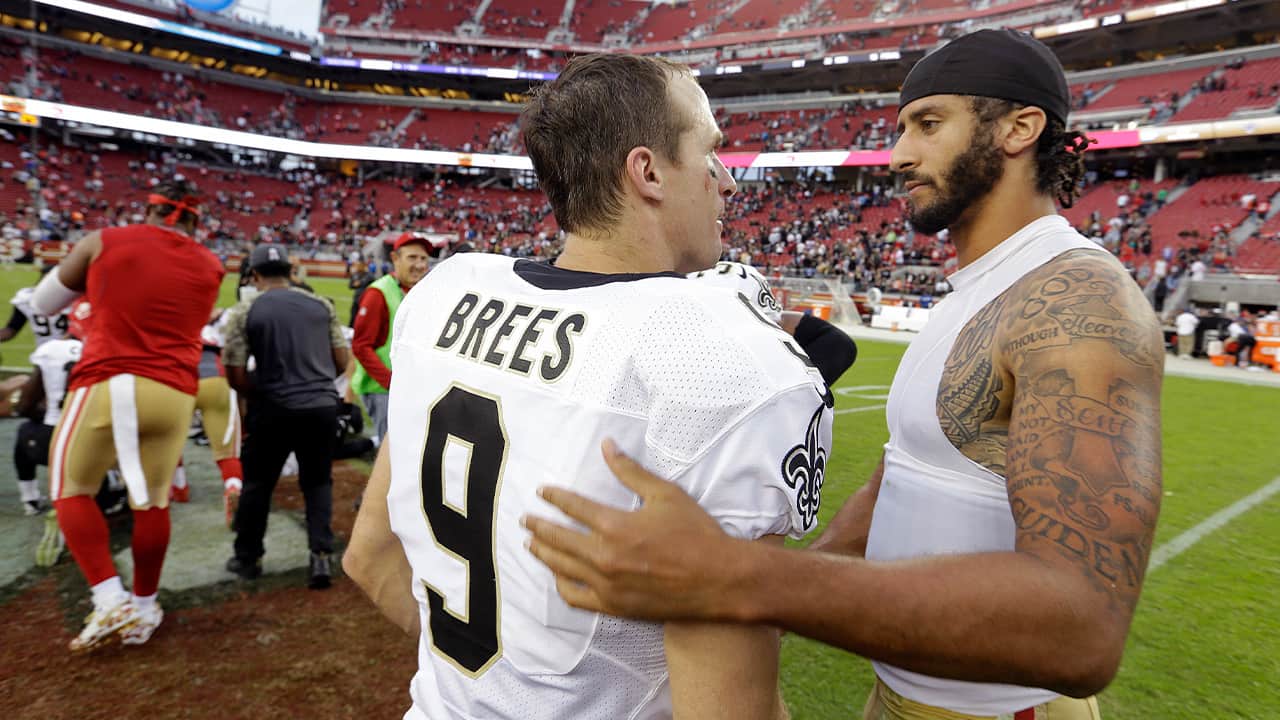 NEW ORLEANS — Drew Brees apologized Thursday for comments that were “insensitive and completely missed the mark” when he reiterated his opposition to Colin Kaepernick’s kneeling during the national anthem in 2016, drawing sharp criticism from fellow high-profile athletes and others in the wake of George Floyd’s death.

Brees Has Previously Said He Supports Those Protesting Against Police Brutality

In an Instagram post Thursday, Brees said he was apologizing to his friends, teammates, New Orleans, the black community, the NFL community and “anyone I hurt with my comments yesterday.”
“In an attempt to talk about respect, unity, and solidarity centered around the American flag and the national anthem, I made comments that were insensitive and completely missed the mark on the issues we are facing right now as a country,” he wrote. “They lacked awareness and any type of compassion or empathy. Instead, those words have become divisive and hurtful and have misled people into believing that somehow I am an enemy. This could not be further from the truth, and is not an accurate reflection of my heart or my character.”
Kaepernick hasn’t yet responded to the initial comments by Brees, but he did retweet a post by Los Angeles Lakers forward Kyle Kuzma before Brees’ apology.
“This shows you that there are a lot of people & companies out there right now that will say they stand with us but only do it so they dont get bashed not because they mean it,” Kuzma wrote above a photo of Brees kneeling alongside teammates before an NFL game.
Brees has previously said he supports those against police brutality but he does not see the national anthem as the proper forum. In 2017, he participated with teammates who knelt before the national anthem but then stood in unison when the anthem was played.
James, who has been a leader in the social justice movement, said Wednesday he couldn’t believe Brees was still confused about what Kaepernick was trying to do.

“WOW MAN!!” James wrote on Twitter. “Is it still surprising at this point. Sure isn’t! You literally still don’t understand why Kap was kneeling on one knee?? Has absolute nothing to do with the disrespect of (American flag emoji) and our soldiers (men and women) who keep our land free. My father-in-law was one of those.”