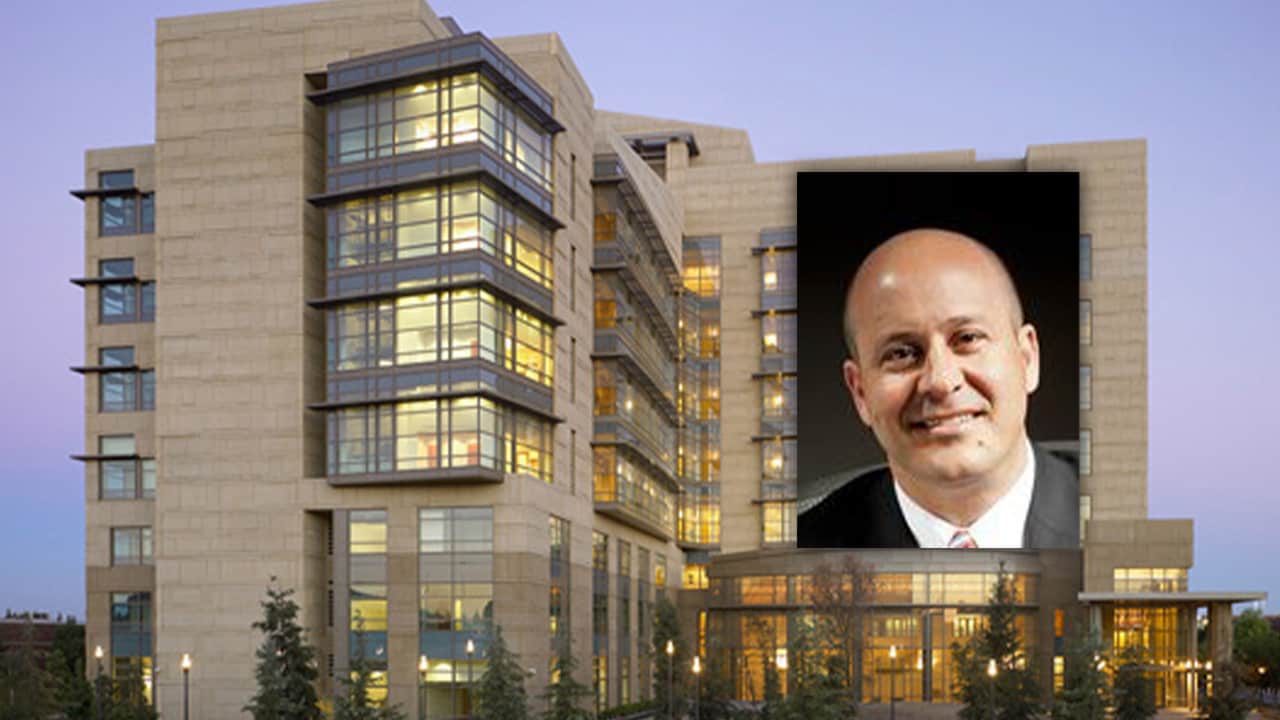 Help may be on the way for the overworked federal court for the Eastern District of California.

“He’s a very qualified and accomplished trial lawyer who actually has gone to trial more than most. He’s got a solid work ethic and good judgment. He’s going to make an excellent addition to the court.” — retired federal judge Lawrence O’Neill

Paloutzian, a former Fresno County deputy district attorney, has been in private practice with Baker Manock & Jensen for the past 18 years.

If confirmed, Paloutzian would fill one of two vacancies on a bench where judges see an annual load of 800 to 900 cases. 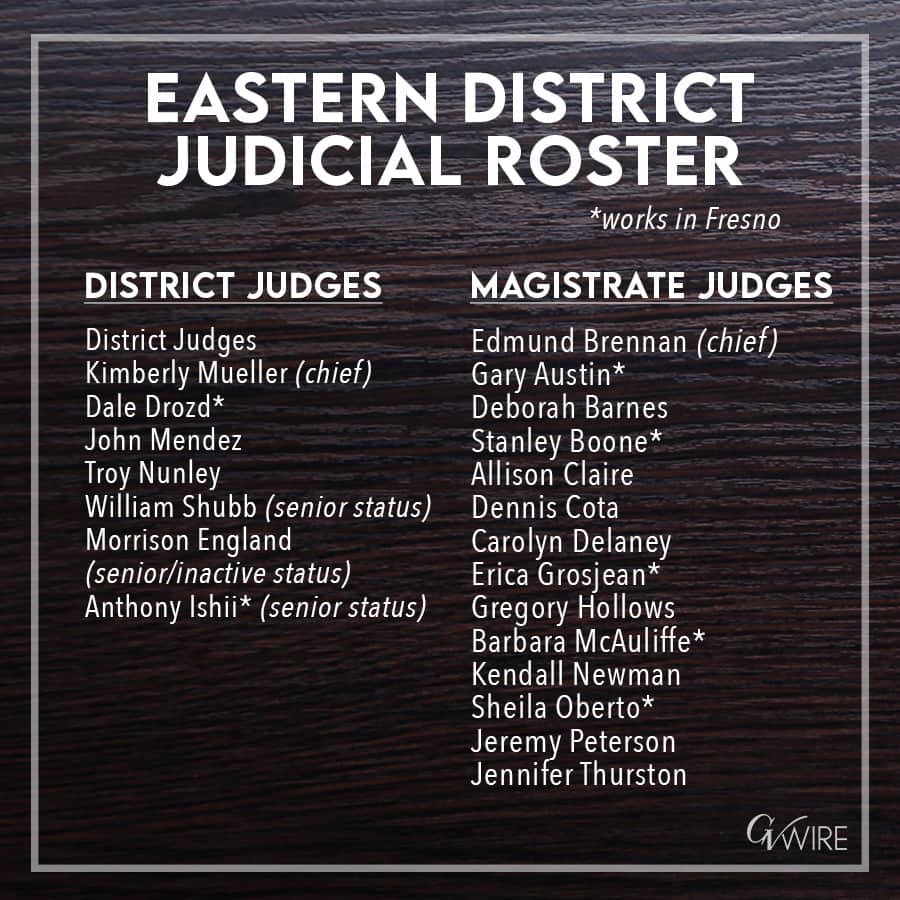 The Eastern District, with other courtrooms in Sacramento, Bakersfield, and even Yosemite National Park, has only four active district judges.

Currently, only one judge works from the downtown Fresno federal courthouse, U.S. District Judge Dale Drozd. That means he is the only one who can hear criminal trials and sentencing. The remaining judges on the roster either have senior status with limited caseloads or are magistrates, with limitations on the types of cases they can hear.

Before moving to an inactive senior status — a defacto retirement — earlier this year, Judge Lawrence O’Neill repeatedly sounded the alarm for more judges to be appointed to the district. He applauded the fact that help is on the way.

“It is just vital for the Eastern District of California to have this nomination,” O’Neill said. “We consistently carry one of the highest caseloads in the nation. … It is of paramount importance that the president act. And he’s heard us.”

O’Neill has lobbied for not only filling the district’s vacancies but for Congress to add more judges to the area.

“There should be probably 10 or 11. But we need new judgeships to be created for that to happen,” O’Neill said.

After graduating from UC Berkeley in 1991 and the UC Davis law school in 1994, Paloutzian worked under Judge Marvin Baxter at the California Supreme Court.

He moved on to the Fresno County DA’s office, where he became the cour’s first elder abuse prosecutor.

Paloutzian serves on the boards of the Fresno County Bar Association and the local chapter of the Association of Business Trial Lawyers.

Paloutzian has earned high marks from his colleagues.

“He’s a very qualified and accomplished trial lawyer who actually has gone to trial more than most,” O’Neill said. “He’s got a solid work ethic and good judgment. He’s going to make an excellent addition to the court.”

Brent Woodward, who ran for Fresno County judge in 2018 and is in the Kings County District Attorney’s Office, serves with Paloutzian on the Fresno County Bar Association board.

“He’s a great guy and has a great temperament, very calm and thoughtful. Those qualities make for an excellent judicial officer,” Woodward said.

O’Neill agreed that Paloutzian has the right attitude.

“Demeanor wise, he’s going to be a very calming influence in the courtroom,” O’Neill said.

Paloutzian Will Need to Be Confirmed

District judges are appointed for life by the president and confirmed by the U.S. Senate.

Paloutzian will need to undergo an FBI background check, which includes scrutinizing financial information. It is also customary for the American Bar Association to rate the candidate as qualified or not for the position.

It is also still a custom of Senate Judiciary Committee to honor “blue slips,” meaning approval of the candidate from the two home-state senators, Feinstein and Kamala Harris, both Democrats.

The committee would then scheduled a hearing, followed by a vote.

If approved, the nomination would go to the full Senate floor. Majority Leader Mitch McConnell (R-Kentucky) has said that approving judicial nominees is a priority for the rest of the year. 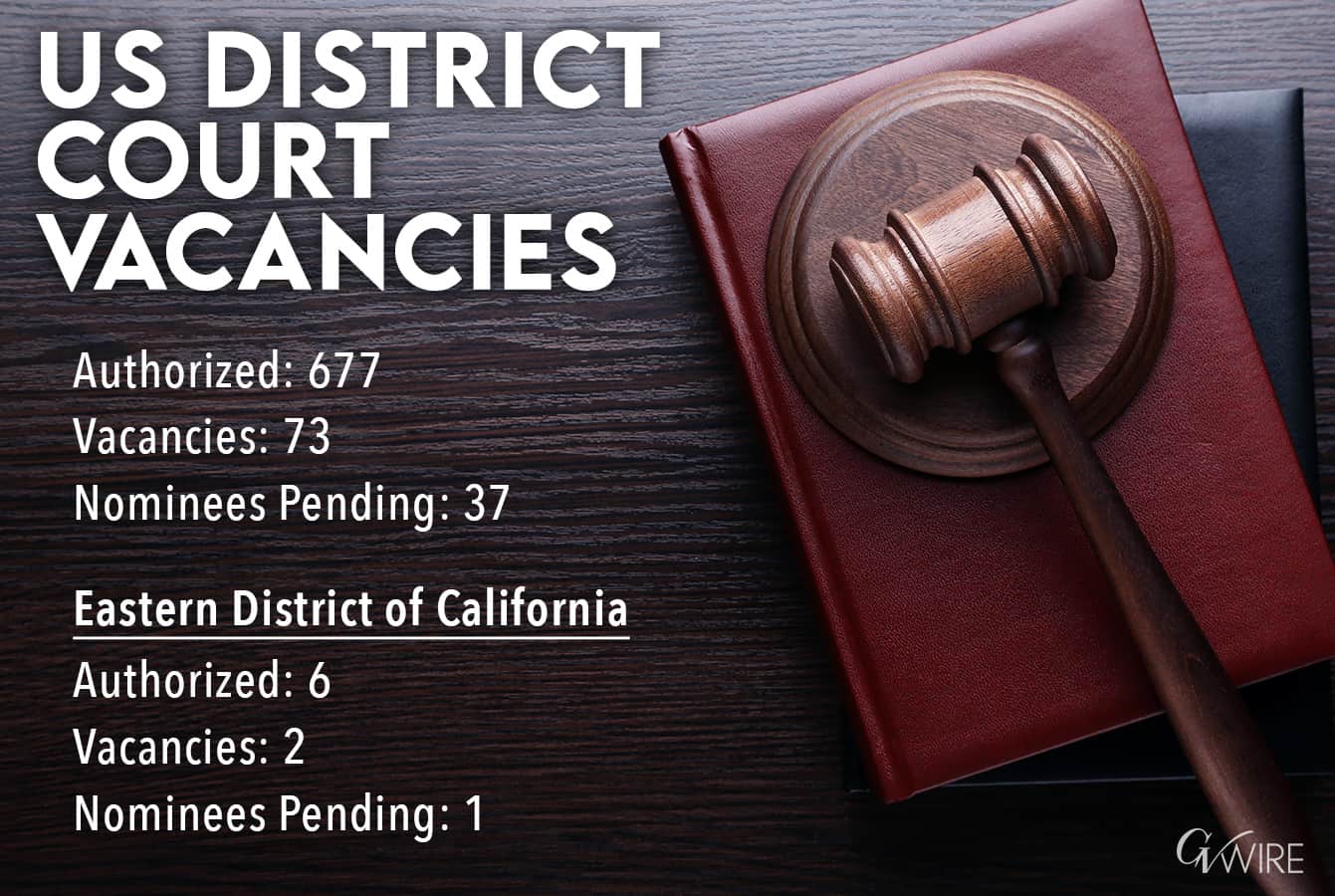