Where Are Fresno COVID Antibody Tests? Health Officer: 'I Emailed the State.' 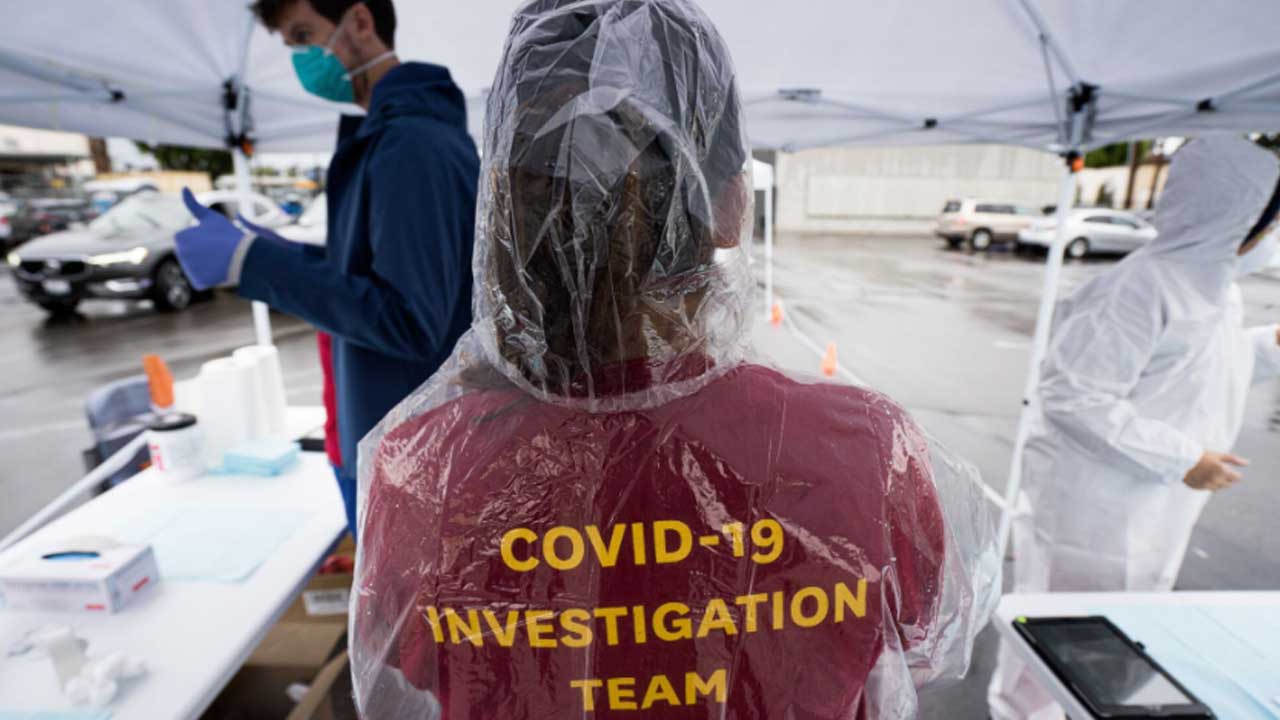 “We’re not doing any antibody testing right now,” answered interim Fresno County Health Officer Dr. Rais Vohra in response to a question Monday during a teleconference. “That’s something that we’re still waiting to start.”
His answer came on the heels of a large study by USC and the Los Angeles Department of Public Health.
The study suggested COVID-19 is far more widespread than current testing shows and the death rate is much lower. An estimated 320,000 adults in Los Angeles County may have been infected with the coronavirus, the study said. 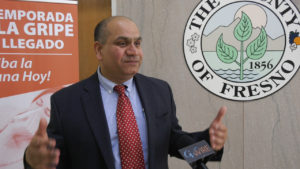 “The number of positive cases that we’ve detected with the swabs that we do is probably just the tip of the iceberg.” — Dr. Rais Vohra, Fresno County interim health officer

“That actually is very consistent with the results that we’ve gotten from Northern California, as well as in some of the other places that are doing widespread antibody testing,” Vohra said. “The number of positive cases that we’ve detected with the swabs that we do is probably just the tip of the iceberg.”
Until the USC study results were announced, Los Angeles had been relying on testing people who are sick or have symptoms of the virus to determine the rate of infection. But that statistic is biased because only a limited number of people can get the test. In addition, many people are believed to be asymptomatic or could have symptoms consistent with the flu or colds.
At the time the testing was conducted, the county had reported nearly 8,000 cases, meaning that the actual number was probably 28 to 55 times higher and the fatality rate was much lower than that based on the number of people tested.

Gov. Gavin Newsom had previously announced a COVID-19 Testing Task Force, a public-private collaboration working group with stakeholders across the state to quickly and significantly boost California’s testing capacity.
Part of the task force’s mission statement is, “Collaboration with Stanford Medicine as they launch the first serology (antibody) test invented in California.”
Vohra mentioned the task force specifically and then said, “I emailed the state and said, ‘Hey, where are we with this?’ Please give me some information about this.’ ”
GV Wire reached out to the State Department of Public Health and got this emailed response: “We are aware of a number of serology tests and will carefully evaluate each one before ramping up their use statewide.”
Vohra said that he’s undaunted: “My plan is to stay vocal and to really pressure them to make sure that the Central Valley gets its needs met with all aspects of testing.”

Dr. Eric Topol, a professor of molecular medicine at Scripps Research, said the antibody tests are not well-validated and overestimate the number of people with infections. And that could lead some people to conclude that the coronavirus is not a major threat.
Unlike a Santa Clara study, USC used subjects representative of the county population who were part of a market research firm database. Neither study was peer-reviewed, a critical step to publication.
This is not lost on Vohra.
“The antibodies testing is not a replacement for the swabs that we currently do,” he said. That’s because that test determines if a person is currently infected.

USC stated in its press release that these are “preliminary results.”
“The study’s results have not yet been peer-reviewed by other scientists. The researchers plan to test new groups of participants every few weeks in the coming months to gauge the pandemic’s trajectory in the region,” the release stated. “The antibody test is helpful for identifying past infection, but a PCR test is required to diagnose a current infection.”
Still, Vohra said there is value in antibody testing.
“Suppose this person is a healthcare worker, suppose they’re a bus driver or a grocery worker. You know that antibody testing is going to help us answer (the question), ‘are they protected?’ I’m looking forward to having those local answers here.”
(The Associated Press contributed to this story.)