California has the opportunity to enter a new era in water management. Unprecedented efforts by leaders at the state and national level have led to the kind of cooperation that will provide valuable benefits to water users and the environment.

I know because that’s what we’ve been doing in the Sacramento Valley for many years. The kinds of success we’ve achieved can be replicated in other parts of the state. By working together, we can accomplish much more than can ever be achieved when competing interests are fighting. 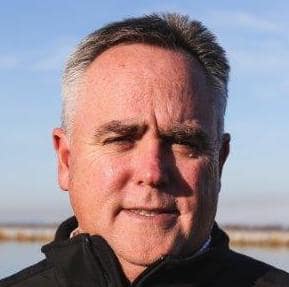 By Roger Cornwell
Special to CALmatters

California’s current water regulatory system is completely broken. Farms, towns and cities suffer continued cutbacks and threatened fish species continue to dwindle. The only recourse currently available seems to be an ongoing parade of lawsuits that further paralyze the system and help no one.

New rules, known as biological opinions, govern water operations in the Sacramento-San Joaquin Delta and are based on 10 years of research both in the laboratory and in the field. Expert scientists at agencies including the U.S. Fish and Wildlife Service, National Marine Fisheries Service, California Department of Fish and Wildlife and others, are using that research to create a set of operating rules that provide more water for people when it’s safe for fish and more water for fish when they need it most.

Science clearly shows us that a better way forward is to use adaptive management.

Like the Sacramento Valley, it is important to understand that areas south of the Delta also provide unique conditions that grow vast amounts of food and serve federal, state and private wildlife refuges important to migrating waterfowl traveling along the Pacific Flyway. These new science-based rules help move water that is needed for people, farms and fish in a way that is more efficient than the old, calendar-based set of rules.

These rules are based on newly-developed adaptive management operating plans that incorporate the best available science in order to advance conservation of threatened and endangered species and their habitats.

The rules reduce early wintertime pumping in order to protect spawning Delta smelt and also reduce early springtime pumping to protect migrating salmonids. This is a significant improvement over the current reservoir operating guidelines on managing cold-water in Shasta reservoir during drought conditions.

Real-time monitoring of fish populations means that pumps will be off when fish are present and on, delivering water to people, farms and wildlife refuges when it’s safe to do so.

Related Story: Water Law Symposium: The Battle Over the Rising of Shasta Dam

The rules aren’t just about protecting the fish that are currently in the system, either. They include funding for projects like the recovery work underway in the Battle Creek Watershed southeast of Redding, with the goal of reintroducing winter-run Chinook salmon to their historical habitat. That includes funding that would otherwise not be available for fish passage improvements, facilities and additional monitoring.

This new era in water management is the right path for California’s citizens, the farms that grow our food and the environmental resources we all cherish.

The effort to restore and protect salmon, Delta smelt, and other species is not going to happen overnight. Our successes in the Sacramento Valley have taken a long time and required the participation of stakeholders from farmers, water districts, wildlife officials, environmental advocates, and State and federal fishery and water management agencies. Our work isn’t done but we’ve shown that working together is a much more beneficial process than fighting our battles in the courts.

We appreciate the hard work undertaken by Gov. Gavin Newsom and officials in Sacramento and Washington, D.C., to find solutions that work for all interests. This new era in water management is the right path for California’s citizens, the farms that grow our food and the environmental resources we all cherish.

Roger Cornwell is the general manager of River Garden Farms in Knights Landing, Yolo County, rcornwell@rivergardenfarms.com. Cornwell wrote this commentary for CalMatters, a public interest journalism venture committed to explaining how California’s Capitol works and why it matters.