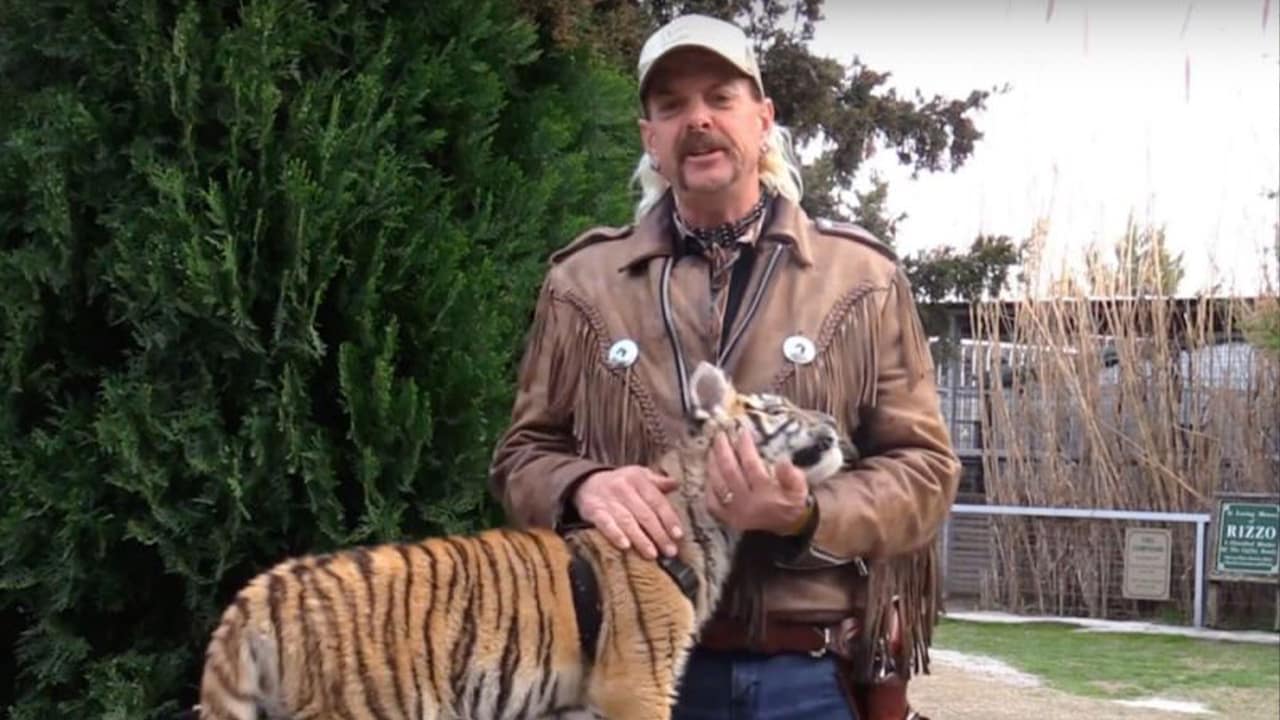 TAMPA, Fla. — It might be the biggest diversion from the pandemic: binge-watching the luridly fascinating Netflix documentary “Tiger King: Murder, Mayhem and Madness.” Now a Florida sheriff is asking the public for tips regarding one of the lingering mysteries raised in the recently released show: What happened to Carole Baskin’s husband?
For those who aren’t up to speed, here’s a primer: Carole Baskin is the owner of Big Cat Rescue in Tampa, Florida. Tiger King, the documentary, is about Joseph Maldonado-Passage, also known as “Joe Exotic,” a former Oklahoma zookeeper who loves guns, younger men, and big cats.
Earlier this year, he was sentenced to 22 years in prison for his role in a murder-for-hire plot. He was convicted of trying to hire someone to kill Baskin, who had tried to shut him down, accusing the Oklahoma zoo of abusing animals and selling big cat cubs.
In retaliation, Maldonado-Passage raised questions about Baskin’s former husband, Jack “Don” Lewis, who disappeared in 1997. His often violent and expletive-filled rants about Baskin were not only broadcast on his web TV show, but also in the documentary. Since the show was released, speculation about Baskin and Lewis has run rampant — and Hillsborough County Sheriff Chad Chronister wants to take advantage of all the attention.
“Everyone’s home. They’re watching Netflix and they’re home,” Chronister said in a news conference Tuesday, adding that Lewis’ case remains open and that he’s recently assigned a detective supervisor to handle new leads. The documentary extensively covered Maldonado-Passage’s repeated accusations that Baskin killed her husband and possibly fed him to her tigers. Baskin has never been charged with any crime and released a statement refuting the accusations made in the series.

Some Instacart, Amazon Workers Strike as Jobs Get Riskier