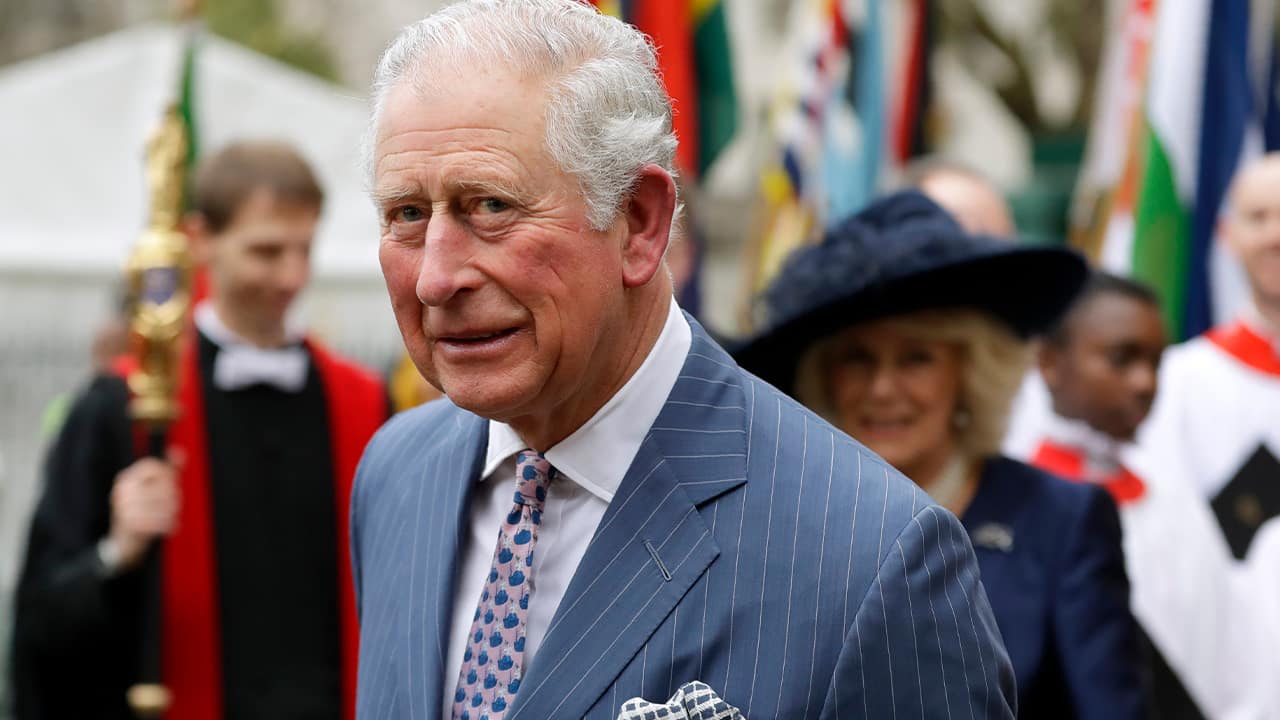 LONDON — Prince Charles, the heir to the British throne, has tested positive for the new coronavirus, royal officials confirmed Wednesday — touching off criticism over whether his wealth and status gave him priority in receiving a test. FILE – In this March 11, 2020 file photo, Britain’s Prince Charles, gesture as he greets musician Ronnie Wood as he arrives at the annual Prince’s Trust Awards 2020 held at the London Palladium, Wednesday March 25, 2020. Prince Charles, the heir to the British throne, has tested positive for the new coronavirus.The prince’s Clarence House office reported on Wednesday, March 25, 2020 that the 71-year-old is showing mild symptoms of COVID-19 and is self-isolating at a royal estate in Scotland. It says his wife Camilla has tested negative. (Yui Mok/PA via AP, File)

Charles and Camilla’s tests were carried out by the National Health Service in Scotland.
Scientists, public health and frontline medical staff officials have urged Britain to ramp up the number of people being tested for the virus. Currently the vast majority of people with mild symptoms are not being tested.
The government says it tested 6,491 people on Tuesday and hopes to increase that to 25,000 tests a day within three weeks.
A member of the Scottish Parliament, Joan McAlpine, expressed surprise that Charles was tested. McAlpine, a legislator with Scotland’s governing Scottish National Party wished Charles a speedy recovery, but wondered aloud whether he had received special treatment.
“Given that his symptoms are said to be mild, like many I wonder how he was tested when many NHS and social care workers cannot get tested,’’ she said on Twitter. “My nephew, who has serious asthma and a chest infection was recently refused a test.’’
The website of the National Health Service in Scotland said that in general people will be tested if they “have a serious illness that requires admission to hospital.’’
Scotland’s Chief Medical Officer Catherine Calderwood defended the test.
“From the information I’ve been given it’s clear he was tested for clinical reasons,’’ she said. “And I’m pleased also that he is well and as with many people who have had this virus he has had a mild illness.”
Charles and other senior royals kept up a busy schedule of engagements until earlier this month, when they cut off public events as the coronavirus outbreak intensified. FILE – In this March 5, 2019 file photo, Britain’s Queen Elizabeth II is joined by Prince Charles, the Prince of Wales, and at rear, from left, Kate, Duchess of Cambridge, Camilla, Duchess of Cornwall, Prince William, Prince Harry and Meghan, Duchess of Sussex during a reception at Buckingham Palace, London to mark the 50th anniversary of the investiture of the Prince of Wales. In a statement issued on Monday, Jan. 13, 2020, Queen Elizabeth II says she has agreed to grant Prince Harry and Meghan their wish for a more independent life that will see them move part-time to Canada. (Dominic Lipinski/Pool via AP, File)

“Her Majesty the queen remains in good health,’’ the palace said, adding that the queen last saw Charles briefly at an event on March 12 and “is following all the appropriate advice with regard to her welfare.”

“Her Majesty the queen remains in good health,’’ the palace said, adding that the queen last saw Charles briefly at an event on March 12 and “is following all the appropriate advice with regard to her welfare.”
Philip was not with the monarch when she last saw Charles, the oldest of their four children.
Clarence House said it was “not possible to ascertain from whom the prince caught the virus owing to the high number of engagements he carried out in his public role during recent weeks.”
Charles’ last public engagement was March 12. He has also had a number of private meetings, and participants at those sessions have been made aware of his condition.
Charles attended a March 11 awards ceremony for his Prince’s Trust charity alongside celebrities including actor Pierce Brosnan and Ronnie Wood of the Rolling Stones.
Charles attended a roundtable meeting on March 10 with Monaco’s Prince Albert II, who has since tested positive for COVID-19. The British royal is not believed to have shaken hands with Albert at the WaterAid Summit in London on that day.
Charles has been photographed doing the namaste gesture, with hands pressed together, at public events in recent weeks, including the Commonwealth Day Service on March 9 at Westminster Abbey. The event was the last formal engagement of Prince Harry and his wife, Meghan.

Related Topics:coronavirusCOVID-19LondonPrince Charles
Up Next

What You Need to Know Today About the Virus Outbreak