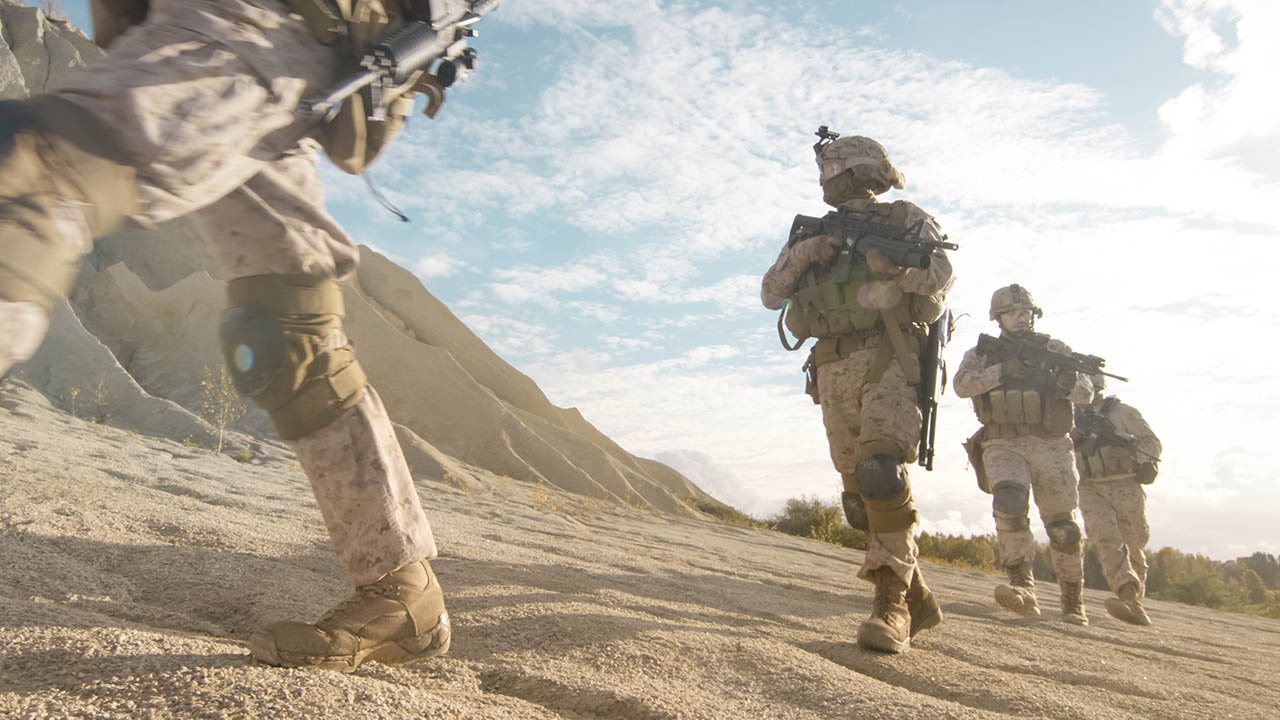 The Combined U.S. Forces and the Emirati Troops

The exercise saw 4,000 U.S. troops from the Army, Marines and Navy position armored vehicles and other equipment from Kuwait and the island of Diego Garcia in al-Hamra using a portable pier system. The barren desert, some 200 kilometers (125 miles) southwest of Abu Dhabi, is home to the UAE’s vast oil reserves as well as its new Barakah nuclear power plant.
The combined U.S. forces and the Emirati troops then stormed the imaginary city of al-Hamra, whose blocks of stand-alone houses, hotels and apartment complexes include an unfinished gas station with a sign for the fast-food chicken restaurant Popeyes on it.
While the gunplay included mostly blanks, the practice remains deadly serious for the UAE, which has spent billions on its military — including the Blackhawk and Chinook helicopters that circled overhead, the armored carriers that splashed into the city’s canals and the facility itself.
The UAE deployed forces into Afghanistan after the 2001 U.S. invasion targeting al-Qaida following the 9/11 attacks. Its day-to-day ruler, Abu Dhabi Crown Prince Sheikh Mohammed bin Zayed Al Nahyan, has sought to project Emirati military power in the Mideast and into East Africa as well. Former U.S. Defense Secretary Jim Mattis famously proclaimed the Emirates “little Sparta” for its posture.
That military push has included taking part in the long-running Saudi-led war in Yemen, which has seen sexual abuse at a UAE-controlled prison and the Emirates paying off members of al-Qaida’s local branch there. The UAE since has pulled its troops out of Yemen, calling for a political settlement to end a conflict between the Iranian-backed Houthi rebels there and its Saudi-backed, internationally recognized government.

A Concern Is the Ongoing Outbreak of the New Coronavirus

Emirati military officials at the base in al-Hamra on Monday declined to speak to Associated Press journalists. U.S. Ambassador John Rakolta Jr., on hand for the event, praised the UAE.

Some California Beaches Closed to Deter Crowds Amid Outbreak