Over 1.5 Billion Globally Asked to Stay Home to Escape Virus 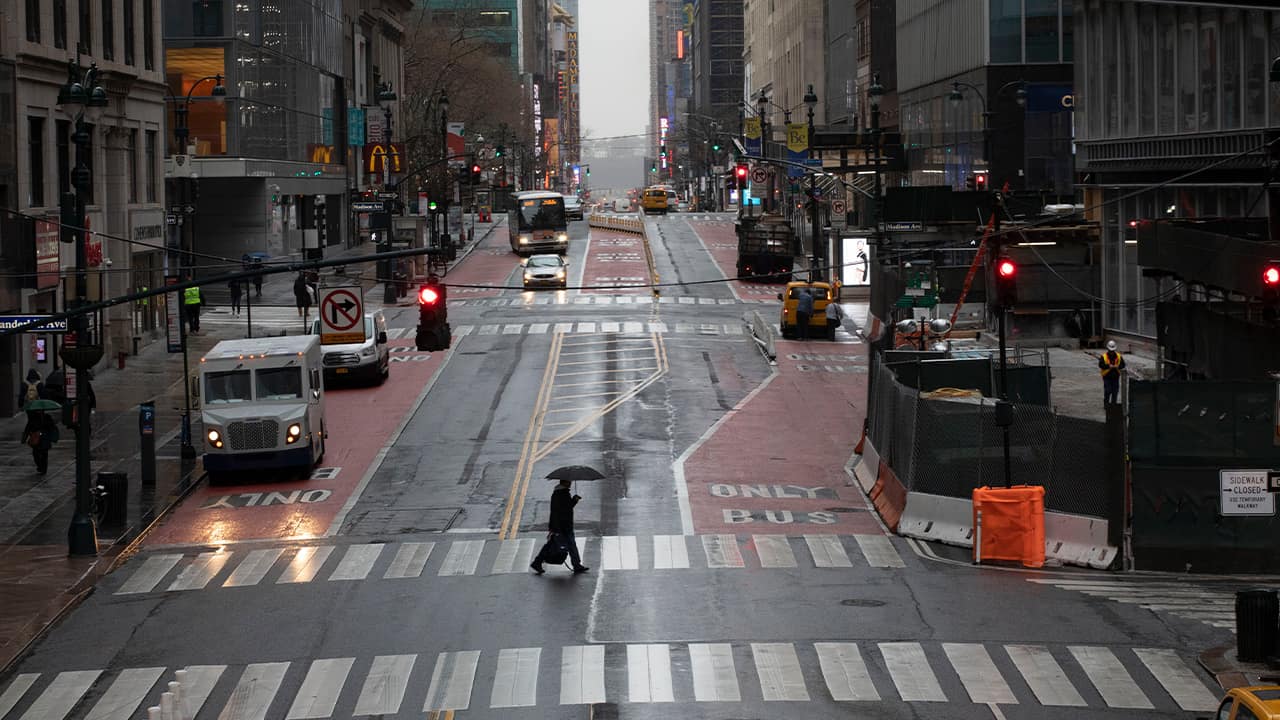 PARIS — The hunt for masks, ventilators and other medical supplies consumed the U.S. and Europe, as more than 1.5 billion people — one-fifth of the world’s population — were urged or ordered to stay home Monday to try to blunt the spread of the coronavirus.
Political paralysis stalled efforts for a quick aid package from Congress. Investor fears about the outbreak’s economic toll pushed U.S. stocks down in morning trading even after the Federal Reserve said it will buy as much government debt as necessary and lend to small and large businesses and local governments to help them cope. Young passengers wear face masks to protect against the coronavirus as they arrive at the Hong Kong airport, Monday, March 23, 2020. For most, the coronavirus causes only mild or moderate symptoms, such as fever and cough. But for a few, especially older adults and people with existing health problems, it can cause more severe illnesses, including pneumonia. (AP Photo/Kin Cheung)

In the United States, a Fierce Political Battle Over Ventilators Has Emerged

Health care workers say they are being asked to reuse and ration disposable masks and gloves. A shortage of ventilators, crucial for treating serious COVID-19 cases, has also become critical, as has a lack of test kits to comply with the World Health Organization’s exhortations to test as many people as possible.
With the crisis easing in China, where it began late last year, only the area around the city of Wuhan was still considered high-risk, with people asked to stay inside.
In the United States, a fierce political battle over ventilators has emerged, especially after President Donald Trump told governors that they should find their own medical equipment if they think they can get it faster than the U.S. government. Alaska is expected to run out of money imminently to pay doctors, hospitals and clinics who treat Medicaid patients.
China has been the one nation to counter this trend, sending planeloads of equipment like masks, gloves and protective gear as well as doctors to countries across Europe, including hard-hit Italy, France and Spain as well as places with weaker medical systems like Bulgaria, Greece and Serbia.
“The U.S. is completely wasting the precious time that China has won for the world,” said Geng Shuang, the Chinese Foreign Ministry spokesman.
Dr. Anthony Fauci, the U.S. government’s top infectious-disease expert, promised that medical supplies are about to start pouring in and will be “clearly directed to those hot spots that need it most.”
Meanwhile, efforts for a quick economic relief package from Congress faltered. The U.S. Senate voted against advancing the nearly $2 trillion plan that would prop up businesses and send relief checks to American households. Democrats argued it was tilted toward corporations rather than workers and health care providers. Another vote was expected Monday.
The delay shook investors, as has the accumulation of canceled events large and small, the soaring numbers of unemployed and a widespread pullback in spending. A victim of the Covid-19 virus is evacuated from the Mulhouse civil hospital, eastern France, Monday March 23, 2020. The Grand Est region is now the epicenter of the outbreak in France, which has buried the third most virus victims in Europe, after Italy and Spain. For most people, the new coronavirus causes only mild or moderate symptoms. For some it can cause more severe illness. (AP Photo/Jean-Francois Badias)

Worldwide, more than 350,000 people have been infected and 15,000 have died from the virus. As cases in China ebbed, the dangers to Europe and the U.S. have grown exponentially, although Germany on Monday cautiously reported some flattening of its infection curve.
After just a few weeks, the U.S. has more than 35,000 cases and more than 400 deaths. New York, California and Illinois have ordered residents to stay home unless they have essential reasons to go out. A passenger carries her luggage through an almost empty Termini main train station, in Rome, Monday, March 23, 2020. For most people, the new coronavirus causes only mild or moderate symptoms. For some it can cause more severe illness, especially in older adults and people with existing health problems.(AP Photo/Andrew Medichini)

Two former passengers of the virus-infected Diamond Princess cruise ship died, bringing to 10 the number of deaths from a ship that had over 700 infections and stands as a prime example of how not to contain an outbreak.
With weddings and other large gatherings banned in many places, an untold number of burials are going forward with nothing more than a minister, a funeral home staffer and one loved one to bear witness.
Republican Rand Paul of Kentucky became the first U.S. senator to announce he was infected, joining the likes of celebrities like opera superstar Plácido Domingo. German Chancellor Angela Merkel put herself in quarantine after a doctor who gave her a pneumonia vaccine tested positive. Minnesota Sen. Amy Klobuchar, the former presidential candidate, disclosed that her husband was infected.
Japanese Prime Minister Shinzo Abe acknowledged that postponing this year’s Summer Olympics could be unavoidable. Canada and Australia added to the pressure on Olympic organizers by suggesting they wouldn’t send athletes to Tokyo this summer. The International Olympic Committee said it would examine the situation over the next few weeks.
The central Chinese city ofWuhan, where the outbreak first emerged, said Monday it is now allowing residents limited movement as its months-long lockdown gradually eases.
Scientists in London predicted that the pandemic’s death toll could easily top 1 million people in the U.S. alone.
But Trump suggested that the remedies to fight the pandemic — including worldwide financial pain — may be more harmful than the outbreak itself and vowed to reassess government restrictions after the 15-day mark of the U.S. shutdown.
“WE CANNOT LET THE CURE BE WORSE THAN THE PROBLEM ITSELF,” he tweeted.