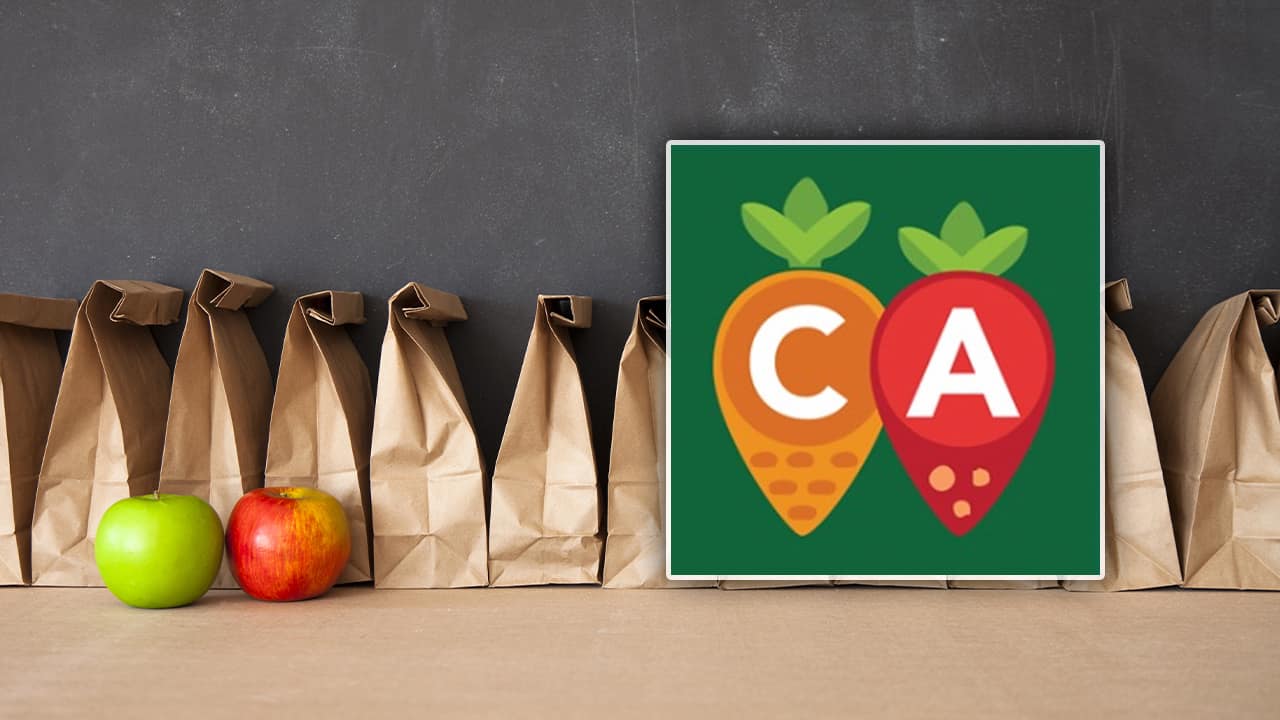 The number of meals provided by Fresno-area schools continued to climb this week as school districts worked to make sure no kids go hungry while schools are closed because of the COVID-19 outbreak.
And the contents of those meals should look pretty familiar to kids.
Wednesday’s lunch was a cheeseburger, baby carrots, baked beans, red apple, and milk, and breakfast was cereal, yogurt, juice, and milk, said Clovis Unified spokeswoman Kelly Avants.
Clovis, which would typically serve about 6,000 breakfasts and 19,000 lunches daily, distributed 4,243 meals Tuesday, 9,686 Wednesday, and 12,270 on Thursday, she said. The district is distributing meals at school sites and also in morning deliveries along bus routes.

Central Unified handed out 18,184 meals from Monday through Thursday, spokeswoman Sonja Dosti said. The district typically distributes 5,000 breakfasts and 10,000 lunches each day to children in grades kindergarten through 12, she said.
The breakfasts include shelf-stable food like cereal, apple bites, and dunkin’ sticks, plus fresh fruit, juice, and milk, while the lunches have included sandwiches, wraps, lunchables, cheeseburgers, cheese sandwiches, fresh vegetables like zucchini and cucumber coins, and fresh fruit, plus milk, Dosti said.
“Our wonderful child nutrition director, Alissa Angle, intentionally tries to offer variety, but our meals are dependent on what we can make and what is available through our distribution channels,” she said.

The district is adding McKinley Elementary as a meal site on Monday, Dosti said. Central will continue to distribute meals at Biola-Pershing, Polk, Saroyan, Teague, and Tilley elementary schools, and Central High East. Meals are handed out from 11 a.m. to 1 p.m. Mondays through Fridays.
Central Unified has not decided whether to continue providing breakfasts and lunches during the two weeks in April scheduled for spring break, she said.
Fresno Unified officials did not respond to requests for information Thursday or today. The district previously reported that 4,700 meals were served Monday and 14,400 on Tuesday.

There’s An App for That

Meanwhile, the state Department of Education is updating its “CA Meals for Kids” app to help families find meals while schools are closed due to the COVID-19 coronavirus outbreak.
The app was released in 2018 to help families find summer and afterschool meal programs across the state, and has been updated to reflect those school districts providing meals during the school closures.
The state received a special waiver from the U.S. Department of Agriculture that allows districts to continue providing meals during the school closures.
Fresno Unified is providing meals to adults as well as children, while Clovis and Central are providing meals to children ages 1-18 only.

“Food insecurity is a daily struggle for some of our students and their families and that struggle is even more difficult and complicated during the current COVID-19 emergency we’re all facing,” Tony Thurmond, the state Superintendent of Public Instruction, said in a news release. “I’d like to thank the Nutrition Services Division, the Technology Services Division, and all CDE staff who worked on updating the app — and the hard-working school nutrition staff around the state who have heroically continued working, and who are continuing to serve our students during this unprecedented emergency situation.”
The app can be found through Apple’s App Store, Google’s Play Store and Microsoft’s App Store.