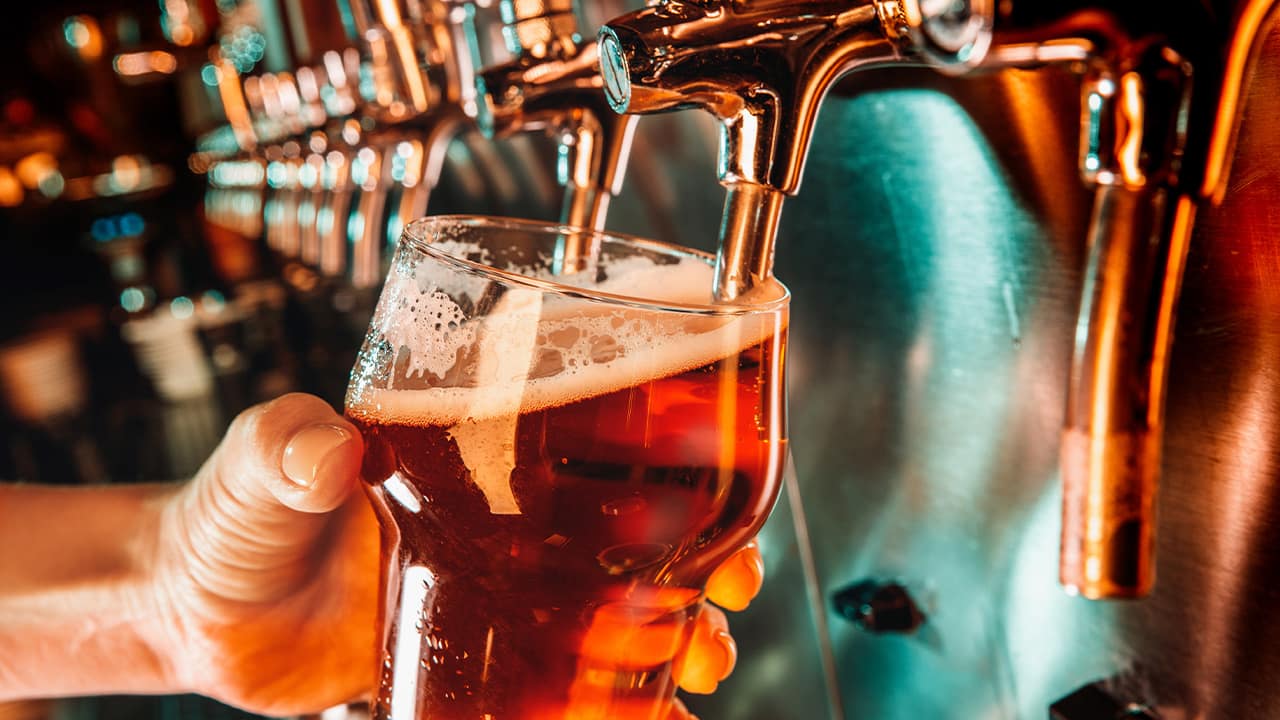 WAKE FOREST, N.C. — Sometimes you wanna go where everybody knows your name. But with the new coronavirus popping up all over the country, a trip to your favorite tap room isn’t in the offing. So breweries are stepping up, offering curbside growlers to stave off the grumbling. An employee at White Street Brewing Company in Wake Forest, N.C., fills a “crowler” can of beer on Tuesday, March 17, 2020. With bars ordered close due to coronavirus, brewers are making sure their customers can enjoy some fresh suds. (AP Photo/Allen G. Breed)

To help customers make up for some of the fun they’re missing from prohibited barroom gatherings — and to give a boost to flagging business — Austin Beerworks in Texas posted a photo of brightly colored cans and bottles stacked up at a new make-shift drive-thru.
“In accordance with new rules, our taproom is now only able to offer Beer-To-Go,” the brewery said in a tweet. “We set up a drive through tent and are working on preordering online.”
Wolf Creek Brewery in Valencia, California, tweeted: “The brewery/tasting room may be closed for on premise fun; however, you can head on over to @wolfcreekscv for drive through 6-packs, merch, and some delicious food!”

Meanwhile, beer drinkers in Alabama rejoiced when the state’s ABC Commission on Tuesday issued an emergency rule allowing curbside sales of unopened alcohol at restaurants and bars. ⁣The move came as the state shut down 78 state-run liquor stores throughout Alabama. The Mississippi Department of Revenue said Tuesday that it would allow package stores to offer curbside pickup of liquor and wine until at least April 30.
In Wake Forest, podiatrist Jim Judge usually comes to White Street a couple of times a week. So, he popped in to pick up three crowlers to take home.
“Beer is up there with whiskey — which I can’t get here,” he said, when asked where the suds ranked on his list of necessities. “Absolutely above toilet paper right now. Without a doubt.”
Fighting fear with beer.

FID Will Begin Water Deliveries to Growers on May 1