Targets of Crackdown in China Fear Government's Reach in US 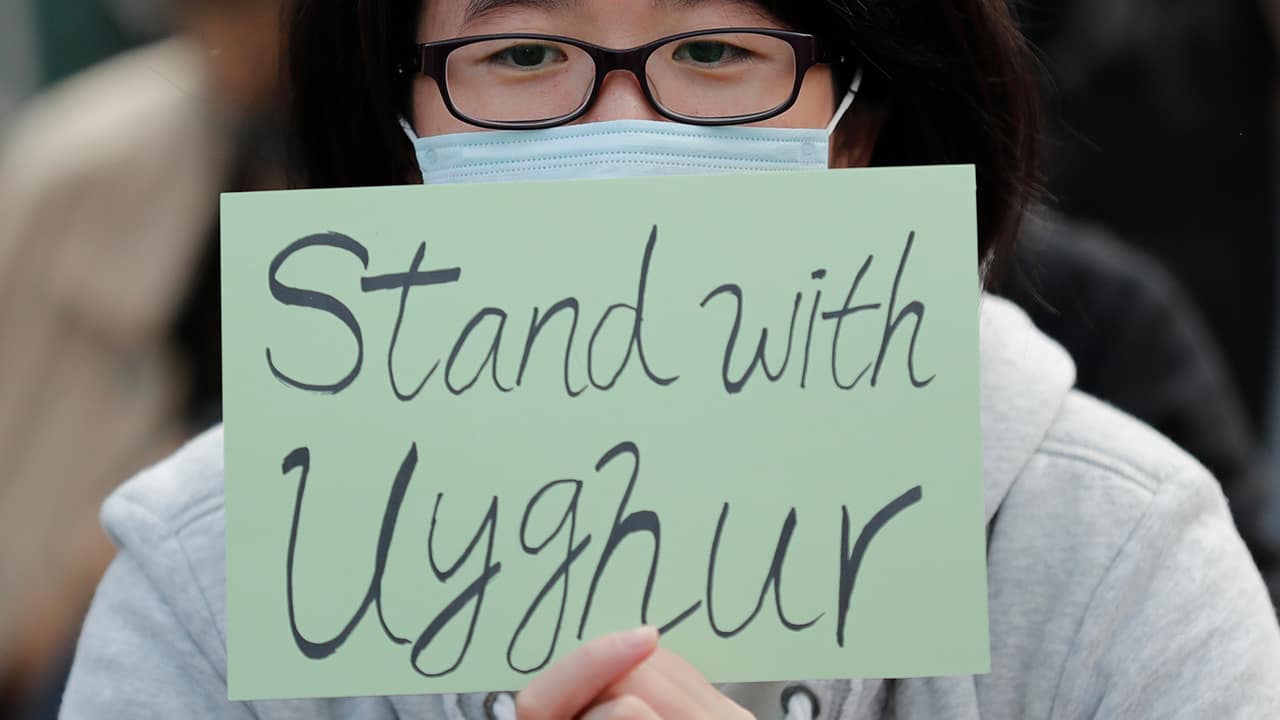 WASHINGTON — The photo of his father was barely recognizable. The old man looked unusually pale and tired, and his customary beard was shaved off. The son who received the photo over WhatsApp was immediately suspicious.

The Chinese Government Is Broadly Suspicious of Uighurs

“I hear these stories all the time,” said Kuzzat Altay, president of the Uighur American Association whose own father renounced him in a video released by Chinese authorities on social media. “People come to me crying.”
Altay, who came to the U.S. as a refugee and has become a citizen, started a Uighur entrepreneurship network outside Washington. But most of the 25 members dropped out at the urging of family members in Xinjiang who had been visited by local authorities.
Altay said he thinks Chinese authorities worried that his entrepreneurship group would have discussed the crackdown back home.
The Chinese Embassy in Washington did not respond to a request for comment.
Ferkat Jawdat is a naturalized American citizen who came to the U.S. nine years ago and works as a software engineer in Virginia. His mother was taken into the Xinjiang internment camps in 2018.
Last May, when she was briefly released, she called and told him not to speak out about Uighur issues. He later learned from relatives that she had contacted him at police insistence and was taken back into police custody the very next day.
The Chinese government is broadly suspicious of Uighurs who have spent significant time abroad, said Brian Mezger, an immigration lawyer who specializes in Uighur asylum cases.
“The Chinese government views exposure to foreign influence as basically polluting the Uighurs,” said Mezger, whose practice is based in Rockville, Maryland.
A dozen Uighurs in the U.S. interviewed by The Associated Press, most of whom did not want their names used, described various forms of intimidation.


Related Story: Why Don't We Care About China's Uighur Muslims? The Uighur Global Diaspora Is Estimated to Be Between 1 Million and 1.6 Million People

They described calls from Chinese government officials instructing them to “check in” at Chinese consulates. Some were told their Chinese passports would not be renewed and were offered one-way travel documents back to China. Several said relatives back home were visited by local police looking for information about family members abroad.

The Government Began to Build Internment Camps in 2017

The wait for asylum, however, can take years and the anxiety can be grueling.
“Even if you’re free in the U.S., you can’t leave the U.S. while your asylum application is pending,” said James Millward, a professor of history who researches Xinjiang at Georgetown University. “If you have relatives in Europe or Canada, you can’t go see them. You can’t travel there for work. And you may have to wait for years.”


“Even if you’re free in the U.S., you can’t leave the U.S. while your asylum application is pending. If you have relatives in Europe or Canada, you can’t go see them. You can’t travel there for work. And you may have to wait for years.” — James Millward, a professor of history who researches Xinjiang at Georgetown University
Xinjiang, which means “new frontier” in Chinese, was brought under control of Chinese authorities in Beijing in the 19th century. But the western desert region has longstanding cultural, religious, and linguistic ties to Central Asia and to Turkey.
Uighurs have faced numerous previous persecution and assimilation campaigns by the Chinese government.
An enhanced security state began to take shape in Xinjiang after 2009, when race riots left around 200 people dead in the capital city of Urumqi. In recent years, surveillance cameras and police checkpoints have become ubiquitous.
The government began to build internment camps in 2017 as a means of intimidation and social control. Former camp detainees have previously told the AP that after being confined in the camps, they were forced to renounce their faith and swear fealty to China’s ruling Communist Party.
Uighurs face limits on the use of their language in schools, their ability to check into hotels and restrictions on cultural practices such as wearing beards and fasting during religious holidays.

The government’s goal is to “eradicate Uighur culture,” said Dolkun Isa, president of the World Uighur Congress.
He added that social controls have grown more stringent since the inception of Chinese leader Xi Jinping’s Belt and Road Initiative — an overseas infrastructure funding policy — has enhanced the strategic importance of Xinjiang’s location bordering Central Asia.
China’s foreign ministry regularly bristles at international criticism of policies in Xinjiang, which it views as an internal matter. It has said that measures in Xinjiang are intended to curb religious extremism and that the detention camps are “vocational centers,” where people are held voluntarily. But it has refused to permit independent monitors to visit.
It’s not possible to confirm that the intimidating messages received by Uighurs abroad come from Chinese officials. But the Uighurs’ accounts of harassment have been consistent enough that both Republicans and Democrats in Congress back legislation that would require the FBI to help protect Uighurs in the United States.
The young man who received the photo of his father and the string of suspicious messages said he called the FBI and that two agents met with him. The agency wouldn’t comment on whether it investigated the particular case, but said in a statement, “Without discussing specifics, we take all reports of threats or intimidation seriously.”
Meanwhile, the man has continued his studies while he awaits a decision on his asylum application and worries about relatives in China. “They could punish my family, if they haven’t already sent them to the camps, because I didn’t cooperate.”
“Even if you have physical freedom, it’s very difficult to escape the reach of the Chinese government,” said Mezger, the attorney.

Dems Look to Michigan Primary as Testing Ground for November