Bloomberg Struggles to Respond to Politics of #MeToo Era 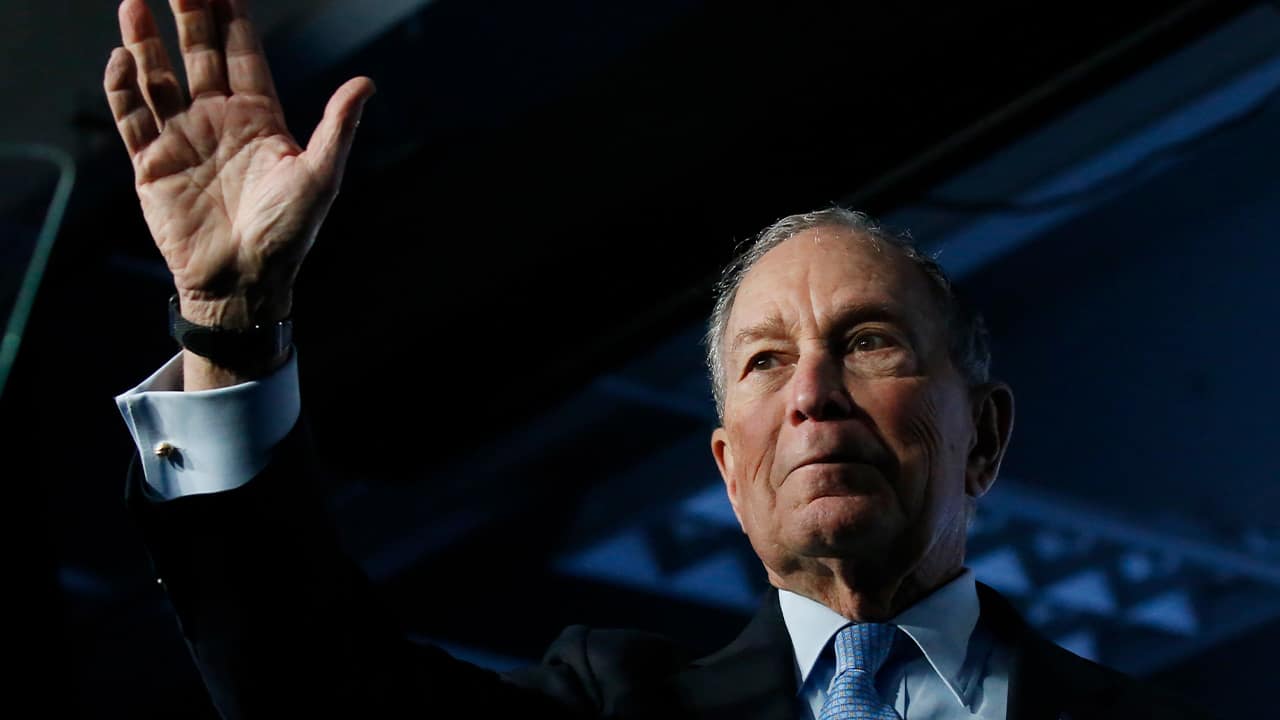 WASHINGTON — Mike Bloomberg’s name last appeared on a ballot a decade before #MeToo transformed cultural mores surrounding sexual harassment and the treatment of women. As he campaigns for the presidency, the 78-year-old billionaire is struggling to adjust.

The episode could cost Bloomberg some support from women, who are crucial to winning the Democratic nomination and defeating President Donald Trump. Warren kept up the pressure on Thursday, saying when women complain, Bloomberg can “throw a little money on it, put a little gag in the woman’s mouth.”
Bloomberg campaigned Thursday in Salt Lake City, Utah, where he showed no sign of changing his approach, bemoaning the division on display during the debate and reinforcing his central point that he’s best positioned to beat Trump.
Still,his rise in the polls is prompting scrutiny of Bloomberg’s company. Bloomberg LP has reportedly faced nearly 40 lawsuits involving 65 plaintiffs on an array of employment issues between 1996 and 2016. It’s unclear how many of these cases were related to sexual harassment, but a number of recent media reports have disclosed charges of sexist comments made by Bloomberg and other managers at the company.
Earlier this month, The Washington Post published a long-rumored joke book of crude comments Bloomberg allegedly made about women from 1990. His campaign has said he never made any of the comments disclosed in the booklet.
But Tina Tchen, the CEO and president of Time’s Up, the organization created to fight sexual harassment in the wake of #MeToo, said she wasn’t surprised by allegations about the culture at Bloomberg LP.
“Being in the finance world, having worked in a corporate law firm myself in the ‘80s and ’90s, I think it’s fair to say that workplaces, especially the Wall Street workplace, was a very different place in terms of the comments that were considered normal and accepted,” she said. FILE – In this Feb. 26, 2019, file photo, former New York City Mayor Michael Bloomberg speaks at a news conference at a gun control advocacy event in Las Vegas. Tennessee’s top election officials say Bloomberg has requested a petition that would require securing 2,500 signatures from registered voters in less than a month if he wants to qualify for the state’s Democratic presidential primary ballot. The secretary of state’s office confirmed Wednesday, Nov. 13, that Bloomberg requested the ballot petition earlier this week. (AP Photo/John Locher, File)

In the Wake of the #Metoo Movement, Some Think the Practice Should Be Revisited

But she said, now, “most companies have evolved, and are continuing to evolve,” particularly on the issue of NDAs. She noted that NDAs have “long been a tool that have silenced survivors of sexual harassment … and really take agency away from survivors.”
They can also make it tougher for a company to correct a culture of sexual harassment, because the secrecy surrounding these incidents mean employees and managers don’t know how widespread they are. Tchen said it would be perfectly reasonable for Bloomberg to amend the NDAs now.
“Knowing what we all know now about the workplace and sexual harassment, are you willing to, now, allow folks to speak up about their experience?” she asked.
Many types of litigation, from insurance cases to product liability, are routinely settled through confidential settlements.
In sexual misconduct cases, they’ve served to protect the privacy of victims as well as the careers and reputations of the accused, including comedian Bill Cosby, Hollywood mogul Harvey Weinstein, Fox News host Bill O’Reilly and other powerful men.
In the wake of the #MeToo movement, some think the practice should be revisited.
“One interesting thing is whether it will be an end to the confidentiality pledge,” Supreme Court Justice Ruth Bader Ginsburg said at a February 2018 event at the National Constitution Center in Philadelphia.

“I hope those agreements will not be enforced by courts,” she added in a revised version of the speech published last year.
Katz said that while there’s a role for non-disclosure agreements to help victims preserve their privacy, and that the majority of her clients prefer to keep their agreements confidential, she believes public figures like Bloomberg should release them from the secrecy clause if they want to go public.
“Certainly in this environment, Bloomberg needs to be transparent,” she said. “And, if in fact, there was nothing that implicated his conduct in these agreements, he should want to have them be made public. But to the extent that he presided as CEO of these companies and simply paid settlements as the cost of doing business, and didn’t take appropriate corrective measures, that’s certainly something that should be important for voters to know about.”
A number of current and former employees have spoken out in defense of Bloomberg, and say his promotion of women and advocacy on women’s issues has long been one of his strengths. Bloomberg himself noted on the debate stage that he has employed and elevated many women to positions of leadership within his organization and his mayoral administration. He appointed the first woman to serve as deputy mayor, and has donated tens of millions of dollars to organizations promoting women’s reproductive rights and other women’s rights efforts.
Fatima Shah, who currently serves on the campaign as national director overseeing coalitions and constituencies and worked in the Bloomberg administration from 2006 until he left office, said he made clear in his administration that women “were all clear partners in the work that we were doing.” She suggested a few incidents that occurred at Bloomberg LP, which employs thousands of people globally, were “wrongly layered onto Mike.”

“As a father, as a brother, as a son, as a mayor, as a business leader and philanthropist, his leadership has consistently focused on engaging women, on issues that matter to women,” she said.

Related Topics:#MeTooMike Bloomberg
Up Next